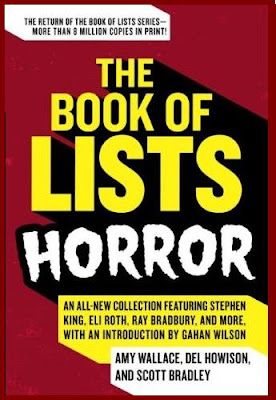 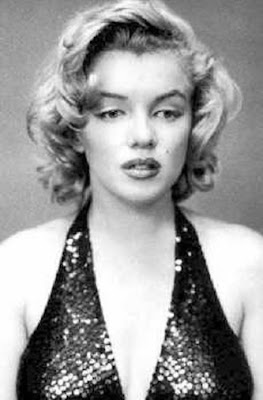 “Click here and make of it what you will.”
(Sent by our pal Iggy)

Puzzled new readers should scroll back for previous episodes of The Adventures Of Marilyn. (Look for the pink type.)

The secret words are Life & Art

WHEN THE RICH ARE AGAINST THE WALL 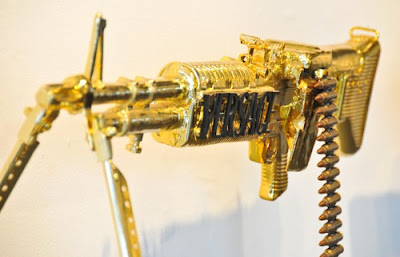 They reach for the Versace Machine Gun (figuring, with the inexplicable logic of wealth, it’s a case of use it or lose it.)

We also snidely wonder if the RNC will buy one for Gov. Palin. It would go delightfully with the swag from the $150,000 of campaign funds she's pissed away on clothes and accessories at Neiman Marcus and Saks. Can the Annie Oakley from Alaska live without one?

The secret words are Full and Auto

WHILE THE POOR HAVE NOTHING TO SELL BUT THEMSELVES

Doug the Bass contributed this definite sign of the times, but I do recall some years ago how a English girl played the same scam. The story was posted on Doc40 and we got deluge on inexplicable hits from Dubai and Borat locations like Turkmenistan. I had vision of nomad herdsmen sitting in their lonely yurts with laptops, Googling “virgin”.

“A Sacramento State grad is auctioning off her virginity to help pay for her graduate studies, and bidding is up to $250,000. The 22-year-old who is using the pseudonym Natalie Dylan is making the sale through the Bunny Ranch in Carson City, after eBay rejected the auction. Dylan says she's already taken a polygraph test to prove her virginal status, and is also willing to undergo a medical exam. Bunny Ranch owner Dennis Hof says Dylan is a bright, beautiful young woman who's wants her first time to be a positive experience. "Natalie is a very smart girl. All she wants to do is get her master's degree in family and marriage counseling and be a psychologist. She's selling her virginity to accomplish that. This is empowering her."So far, hundreds of offers have already come in including some from male virgins. Natalie says she won't give up her virginity to the highest bidder. She's also seeking other qualities from her first lover. "I'm looking for intelligence and an overall nice person," said Dylan who found herself in a financial bind, because her stepfather allegedly used her college status to fraudulently apply for student loans, and then ran off with the money.” Natalie, after claiming to have kept her virginity intact for 22 years (although the Bunny Ranch website claims she is 21-years-old), she says she has a commodity not many people have to sell. "When I was younger, I wanted 100% romance, possibly even wait for marriage. But as I grew up, reality kinda hit. And I think its a capitalistic society and I want to capitalize on this," explained Dylan.”

AND ON THE SUBJECT OF HARD TIMES AND SCARCE MONEY

The Doc40 Fund Raiser grinds on. Thanks a kilo to all the fine friends who have made lean-time contributions, and you could become one of them with a modest PayPal donation to byron4d@msn.com
Posted by Mick at 10/22/2008 01:39:00 PM 4 comments: 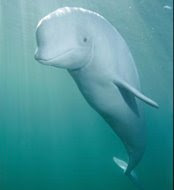 The following nice note arrived from the Natural Resources Defense Council...
"Dear Mick, We just got life-saving news for the last 375 beluga whales of Alaska's Cook Inlet. The National Marine Fisheries Service has decided to place these imperiled whales -- one of the smallest populations of marine mammals left on the planet -- on the endangered species list. It's a huge win for beluga whales, whose population has plummeted due to the industrialization of Alaska's most populated and fastest-growing waterway. And it's a huge win for the NRDC Action Fund. More than 118,000 online activists like you sent messages to the Bush Administration demanding protection for the whales. Our messages accounted for some two-thirds of all 180,000 comments received! This outpouring of national pressure put the White House on notice that the American people expect swift action to save beluga whales from extinction. But the Bush Administration still dragged its feet. That's why our partner organization, NRDC, and 10 other conservation groups filed suit and put a halt to the administration's delays. The beluga's newly won protection will help scientists deal with the many dangers now facing the whales: oil and gas exploration, increased pollution, and plans for massive new projects that could endanger the whales' survival. We will hold the government's feet to the fire and make sure that habitat protections are put in place under the Endangered Species Act, while there is still time to save the belugas of Cook Inlet."

FOR ONCE I AM AT A LOSS FOR WORDS 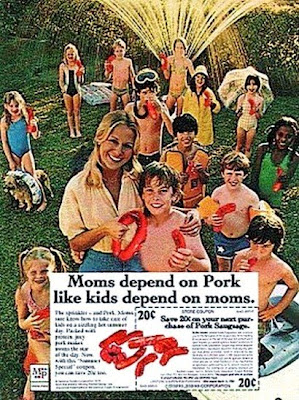 Except that, if I'm going to come through this election with my sanity intact, I may have to turn off the TV.
"Liberals hate real Americans that work and achieve and believe in God." – Congressman Robin Hayes, (R-NC) today at a McCain-Palin rally.
Posted by Mick at 10/21/2008 04:42:00 PM 7 comments: 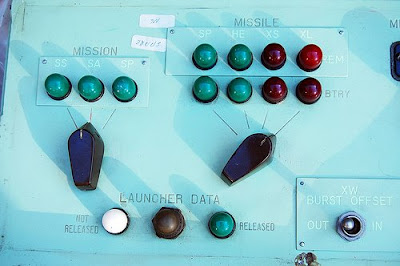 (and don't even show Palin the silo.) JESUS DEFINITELY NEVER PLAYED ICE HOCKEY BUT MAY WELL HAVE ANOINTED HIMSELF WITH THC. 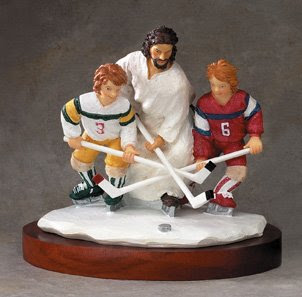 In response to the yesterday’s post from Munz, Faux Smoke sent the following controversial thesis that Jesus Christ may also have been a stoner. (Which will, I hope, seriously annoy the born-again.)

"The ancient recipe for this anointing oil, recorded in the Old Testament book of Exodus (30: 22-23) included over nine pounds of flowering cannabis tops, Hebrew "kaneh-bosm", extracted into a hind (about 6.5 litres) of olive oil, along with a variety of other herbs and spices. The ancient chosen ones were literally drenched in this potent cannabis holy oil." (Click for the whole story.) 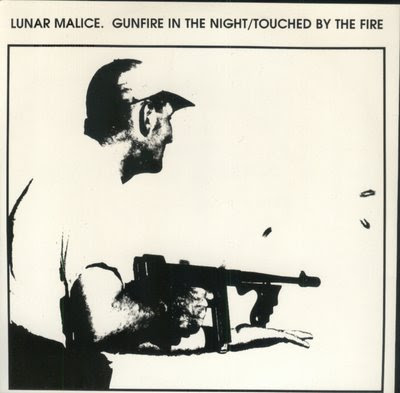 In the course of my web wanderings, I discovered this website with links to free downloads of the one single by Lunar Malice – a brief band formed back in the 1990s by Andy Colquhoun, Jack Lancaster, and me – and also my 1978 single Broken Statue which is damned super-fine. The only snag is that it’s all in Spanish. (Click here.)
Posted by Mick at 10/20/2008 08:48:00 PM 4 comments:

THE ADVENTURES OF MARILYN (Part 1009) 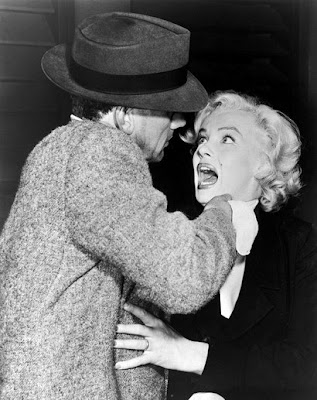 In which Marilyn, after two martinis and three Nembutal have caused a momentary lapse of her normal vigilance, and lulled her into believing herself safe in transient sub-reality, is taken by surprise by one of the Tweed Elite of the Evil Men in Hats. With his hands around her throat, she screams desperately. But, as everybody knows, in transient sub-reality no one can hear you scream. Oh no! Can this the end of Marilyn?
Posted by Mick at 10/19/2008 02:18:00 AM 3 comments:

DR. THOMPSON -- A TRIBUTE BY A BREWERY

A couple of days ago friends showed up with six-packs of something called Flying Dog Porter. I actually prefer a lighter beer, but since the labels appeared to have been designed by Ralph Steadman, I checked with the website on the pack. And this is what I learned…

“We had to do something to honor our friend and co-conspirator Dr. Gonzo and last time we checked the sign out front said brewery, so it seemed only right to unleash a tribute beer. Like Hunter Thompson, this beer is deep and complex. Gonzo Imperial Porter has been brewed with black, chocolate and crystal malts, and hopped with Millennium and Cascades. This is a turbo-charged version of the Road Dog and at 7.8% ABV it will bite you in the ass if you don't show it the proper respect.” (Click to learn more.)

Not only to have one's ashes fired from a custom designed cannon, and to be played by both Bill Murray and Johnny Depp in the movies, but also to have a memorial beer does make death a lot more acceptable.
Posted by Mick at 10/19/2008 01:38:00 AM 3 comments:

BACK TO THE STONED AGE 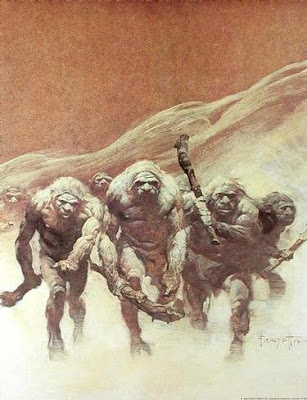 And sticking with the theme of intoxication, Munz sent over the following story from the London Daily Telegraph that indicates the use of psychedlics was not the invention of Hoffman, Huxley, and definitely not hippies, but dates back to the dawn of time.

“It has long been suspected that humans have an ancient history of drug use, but there has been a lack of proof to support the theory.
Now, however, researchers have found equipment used to prepare hallucinogenic drugs for sniffing, and dated them back to prehistoric South American tribes.
Quetta Kaye, of University College London, and Scott Fitzpatrick, an archeologist from North Carolina State University, made the breakthrough on the Caribbean island of Carriacou.
They found ceramic bowls, as well as tubes for inhaling drug fumes or powders, which appear to have originated in South America between 100BC and 400BC and were then carried 400 miles to the islands.
While the use of such paraphernalia for inhaling drugs is well-known, the age of the bowls has thrown new light on how long humans have been taking drugs.
Scientists believe that the drug being used was cohoba, a hallucinogen made from the beans of a mimosa species. Drugs such as cannabis were not found in the Caribbean then.
Opiates can be obtained from species such as poppies, while fungi, which was widespread, may also have been used.
Archeologists have suggested that humans were extracting mind-expanding drugs from mescal beans and peyote cacti as far back as 5,000 years ago, but have not found direct evidence that this is true.
They consider that drugs were being used to induce spiritual or trance-like states by people who had religious beliefs.”