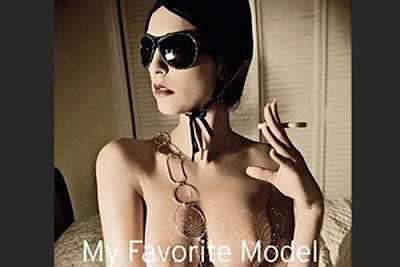 "I hear Farren has kicked cigarettes yet again. It always makes him twitchy and paranoid." 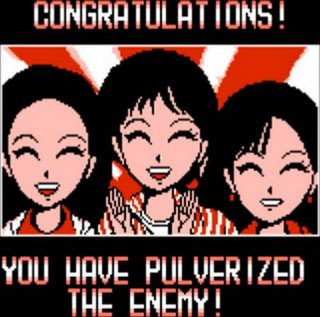 Although I freely admit that conspiracy theories are the individual’s best defense against chaos, I have never had time to delve with any depth into the miasma of conspiracy that surrounds the real nature and the real origins of the attacks on the USA of September 11th, 2001. My only excuse is that I was too busy waiting for a deathbed confession to provide and nail the final details on the JFK/RFK murders. After reading this encapsulation of the current state of 9/11 theorizing (in the form of a kind of “9/11 For Dummies”) I couldn’t help but frown in awe at some points, but also mutter “prove it” at others. (Click to share)

WHY ARE A HALF MILLION COFFINS STOCKPILED IN ATLANTA? 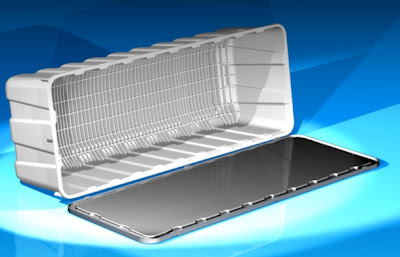 The following story of how a half million airtight coffins like the one above have been stockpiled in Atlanta, Georgia, was supplied by Kass, and very few positive aspects immediately present themselves as we read “apparently the Government is expecting a half million people to die relatively soon, and the Atlanta Airport is a major airline traffic hub, probably the biggest in the country, which means Georgia is a prime base to conduct military operations and coordination. It is also the home of the CDC, the Center for Disease Control. I don’t want to alarm anyone, but usually you don’t buy 500,000 plastic coffins “just in case something happens.” (Click for the full story on video.)

The secret word is Dubious

HOPE IS NOT JUST A TOWN IN ARKANSAS 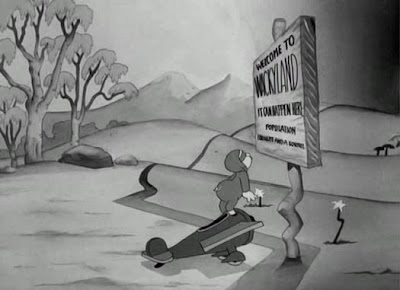 The following came over Doc’s cluttered cyber-transom, I’m not sure from where, but it was written by an individual called Niki…

“I have no idea where we go from here. Abolishing the Federal Reserve and restoring the function of currency creation to the US treasury was tried by JFK. And yes, the banksters assassinated him (also McKinley and Lincoln for the same reason). At this point we don't even have the JFK option of issuing silver backed certificates because the gold and silver are gone. When the Vietnam war depleted our gold reserves Nixon took the dollar off the gold standard. Federal Reserve "notes" are worthless.
The more I investigate, the more I see how colossal this is. This plan they have is not only for global domination in the military sense because they are getting rid of political boundaries established by national sovereignty. Abolishing traditional countries and governments (with their pesky regulations and human rights) to control and monopolize markets globally. When they look at the world they see markets and profit, not people and trees. If we get in the way of their unbridled greed we are expendable. All they care about is personal wealth. The mind control we have been subjected to in this country for at least 100 years is staggering. It has been so successful I never even realized what this system is in reality. The internet has educated me at last.”

I have seen these kind of sentiments more times than I care to recall over the long decades of resisting authority, and if I ever fall to sharing them, or accepting Orwell’s vision of the future as “a boot stamping on a human face – forever”, or that we the people are wholly impotent and totally controlled, then I know it will be time for me to step off the cliff with all the other lemmings. While I contintue to believe a people, angry, organized, and determined can achieve anything they want to achieve, I can continue to hope, and agree with Emiliano Zapata that “it is better to die on your feet than to live on your knees!”

Remember…
“There have always been tyrants and murderers and for a time they seem invincible but in the end, they always fall. -- think of it, ALWAYS.” – Mahatma Gandhi

Or, if Jim Morrison is more your speed, “they’ve got the guns, but we’ve got the numbers.”

NOW AND THEN WE WIN ONE (This time for the wolves) 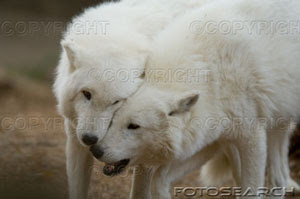 "It's the best possible news. Seven weeks after we went to court, a federal judge has ordered the Bush Administration to restore endangered species protections for wolves in the northern Rockies until the full case can be heard. This interim victory is nothing less than a life-saving reprieve for hundreds of wolves outside Yellowstone and Glacier National Parks. Since the Bush Administration stripped the region's wolves of federal protection, a total of 110 wolves have been brutally killed in as many days. But Judge Donald Molloy ruled that the U.S. Fish and Wildlife Service "acted arbitrarily" in taking the wolf off the endangered species list and turning their management over to the states. That means Wyoming, Montana and Idaho will be forced to abandon plans to allow the extermination of hundreds of wolves this fall as part of a massive public hunt -- the first in more than three decades. Simply put, the wolves of Yellowstone and the northern Rockies are much, much safer today than they were just last week. This incredible, eleventh-hour victory never would have happened without your strong support." 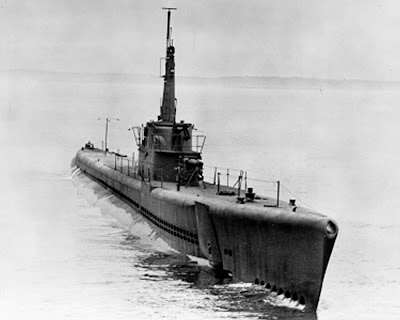 Way back in January of 2004, Doc40 ran the story of how police found a small, half-assembled submarine of seemingly Soviet vintage hidden behind a Texaco station in Facatativa, Colombia. Today it would appear that the pirate submarine is the favored mode of transport for bringing in the blow. The following report came in over the weekend.

"MEXICO CITY (Reuters) - Mexican troops seized a small submarine smuggling drugs in the Pacific Ocean on Wednesday, the military said. A navy plane spotted the craft about 140 miles south of the tourist resort of Huatulco, setting off a three-hour chase, Rear Adm. Hector Mucharraz told Reuters. The green-colored submarine, carrying what was believed to be cocaine, was about 32 feet long and appeared to be a makeshift or modified vessel. "The submarine traveled almost at the surface of the sea and when it came up we took advantage," said Capt. Benjamin Mar, a navy spokesman. Special forces troops swooped on the submarine from a helicopter and subdued the crew of four, he said."

Although this was the first coke sub stopped by the Mexicans, this Coast Guard blog reveals how the Colombians are up to their nautical ass in C-Boats.

"It was the second time in a month that Colombian forces, backed by the U.S. Coast Guard, stopped an underwater craft that was then sunk by its crew members to destroy their incriminating cargo. Both submarines had the capacity to ship 10 to 12 tons of cocaine to the world's biggest market. Colombia's navy has stopped 18 cocaine submarines since 2005."

And click here for a happy and relevant little song. 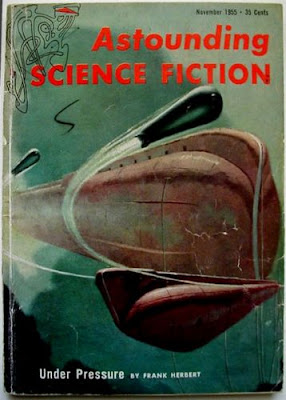 Thought I’d post this while we are on the subjects of subs and note how Frank Herbert was seemingly beneath the sea before he reached the aridity of “Dune.” (Sent by Valerie)
Posted by Mick at 7/22/2008 01:22:00 PM No comments: 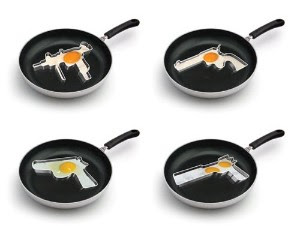 BARBIE IS NOT WHAT SHE USED TO BE (part 2) 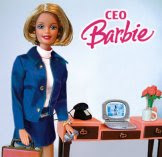 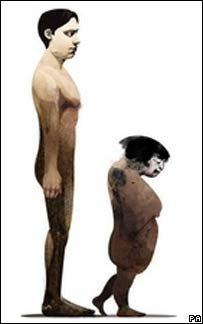 The idea in the following story (supplied by Elf Hellion) that humanity will, over next millennium, divide into Herbert George Wells' Eloi and Morlocks poses a couple of problems for the Doc who sprawls discontentedly. For a start, I kinda figured humanity was already devolving into 500 lb snack-gorging Fox-watchers, and those of still capable of at least minimal reason and empathy. There’s also the fact that, on a bad day, I can hardly believe the human race will survive past lunchtime.

“Humanity may split into two sub-species in 100,000 years' time as predicted by HG Wells, an expert has said. Evolutionary theorist Oliver Curry of the London School of Economics expects a genetic upper class and a dim-witted underclass to emerge. The human race would peak in the year 3000, he said - before a decline due to dependence on technology.
People would become choosier about their sexual partners, causing humanity to divide into sub-species, he added.
The descendants of the genetic upper class would be tall, slim, healthy, attractive, intelligent, and creative and a far cry from the "underclass" humans who would have evolved into dim-witted, ugly, squat goblin-like creatures.” Click for the rest of the story

And also check out this little web-gem!

The secret word is Knuckles 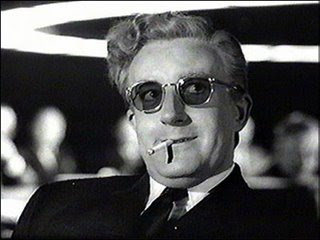 “Mr. President, it is not only possible, it is essential. That is the whole idea of this machine, you know. Deterrence is the art of producing in the mind of the enemy... the FEAR to attack. And so, because of the automated and irrevocable decision-making process which rules out human meddling, the Doomsday machine is terrifying and simple to understand... and completely credible and convincing.”

AND BARBIE IS NOT WHAT SHE USED TO BE 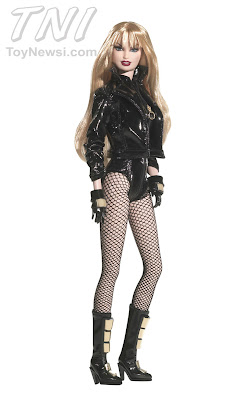