UPON A RIDGE HE RESTED... 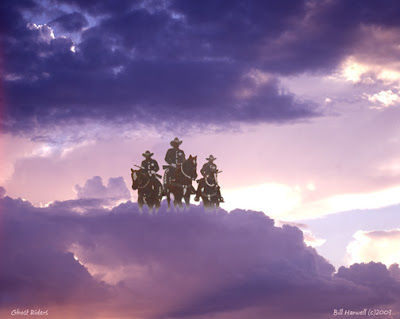 After a couple of days in limbo, Doc40 is back. I haven’t joined the ghost riders in the sky and all is about as functional as functional can be in this dysfunctional epoch. For the last few days my weariness has amazed me, and the ancient empty street has definitely been too dead for any productive dreaming. About all it could do was to provide an excuse to simply stop, to halt production, temporarily and petulantly to cease and desist, claiming a bone aching sense of obligation to embargo all systems while I rested and recuperated, lurking in the bell tower of a disengaged imagination, and ignoring a fear of repeating myself, while holding circular conversations of dubious profundity with Finnegan the Cat, and petulantly refusing so much as to touch a keyboard or mouse until my ergonomically challenged back has stopped hurting. But then the emails began to arrive, politely enquiring if I was dead or merely working on something else, and, I find myself loath to admit that I am, in fact, militantly doing nothing apart emitting groans and watching some very bad television in a prone position.

BUT THE MUSE IS A MERCILESS MISTRESS… 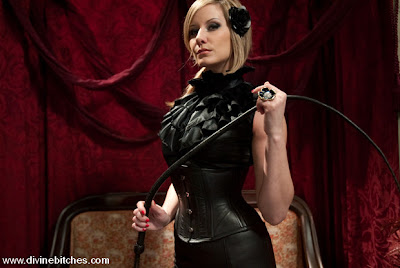 …and I must return to the slaughterhouse amusement parks of the mind and re-enthrall myself with the torture of the chair at the computer. 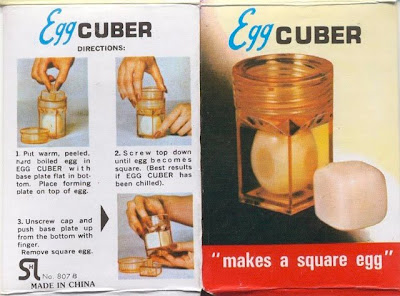 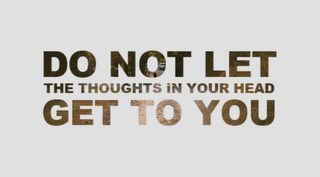 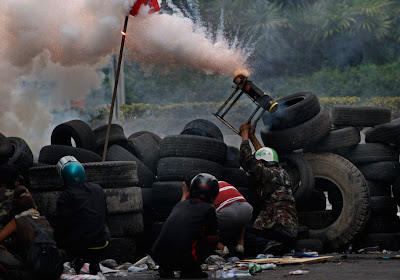 As the Thai government sends in tanks to crush all protest, we can only reflect that this isn’t really some far-off, far-flung alien land. Those guys behind the tires could be you or me if pushed a bit further down this lost highway. When the corruption of power is challenged, those who have it will do anything to keep it. (Click here for a video.)

BUT KNOW WHAT YOU’RE FIGHTING FOR 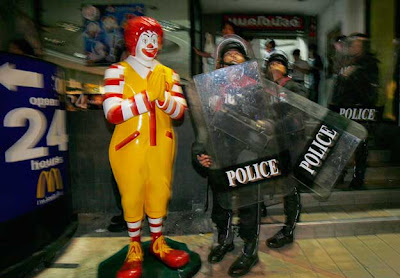 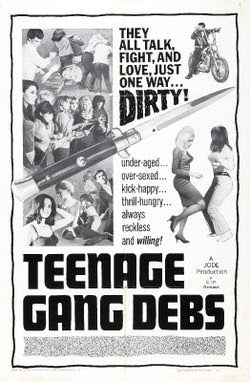 Reality is invasive and Doc40 is a little truncated today. 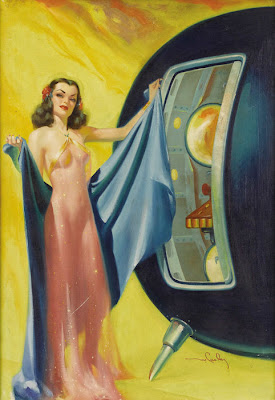 A SCHOOL BOARD IS HAUNTING TEXAS 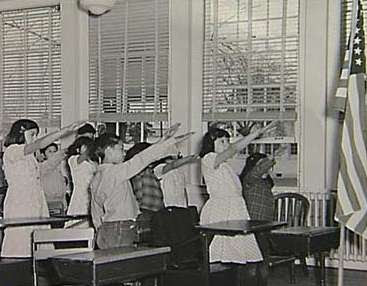 As capitalism kills the Gulf of Mexico, a generation of kids in Texas are being condemned to remain in bigoted ignorance.

“Cynthia Dunbar does not have a high regard for her local schools. She has called them unconstitutional, tyrannical and tools of perversion. The conservative Texas lawyer has even likened sending children to her state's schools to "throwing them in to the enemy's flames". Her hostility runs so deep that she educated her own offspring at home and at private Christian establishments. Now Dunbar is on the brink of fulfilling a promise to change all that, or at least point Texas schools toward salvation. She is one of a clutch of Christian evangelists and social conservatives who have grasped control of the state's education board. This week they are expected to force through a new curriculum that is likely to shift what millions of American schoolchildren far beyond Texas learn about their history. The board is to vote on a sweeping purge of alleged liberal bias in Texas school textbooks in favour of what Dunbar says really matters: a belief in America as a nation chosen by God as a beacon to the world, and free enterprise as the cornerstone of liberty and democracy.” Click here for more 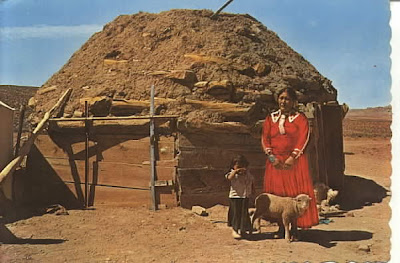 As Arizona attempts to become the primary racist police state in the Union, it emerges that it’s just part of a long and ignoble tradition. Our pals at Delancey Place clued us in to this shameful piece of history.

“In January 1864, the U.S. Army forcibly removed between 8,000 and 9,000 Navajo Indians from their traditional lands in the eastern Arizona Territory and the western New Mexico Territory to internment camps in Bosque Redondo in the Pecos River valley. They had been conquered by a campaign whereby the U.S. Army had systematically destroyed their crops and other food sources, and old and weak among the Navajo had to either surrender or die. During the Long Walk, at least 200 died or were kidnapped along the 300-mile trek that took over 18 days to travel by foot. Their settlement in Bosque Redondo had such catastrophic consequences in death and disease and was so disastrously expensive that the U.S. returned them to a reservation in their original homeland in a second "Long Walk" in June 1868.” 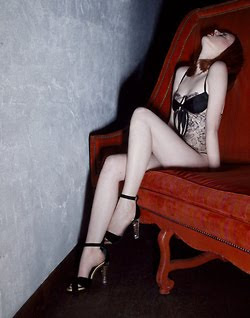 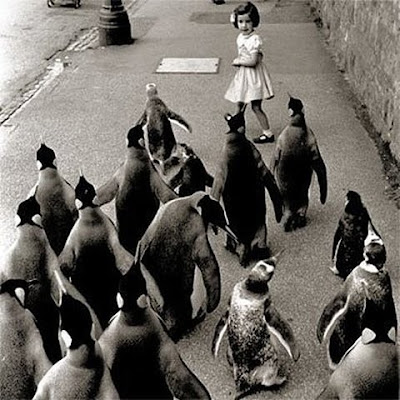 “THE CORPORATE STATE IS A RUNAWAY FREIGHT TRAIN” 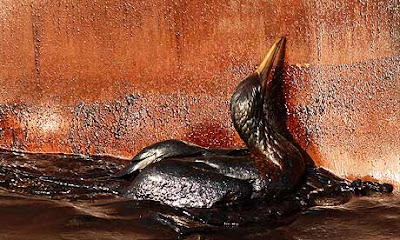 “Cultures that do not recognize that human life and the natural world have a sacred dimension, an intrinsic value beyond monetary value, cannibalize themselves until they die. They ruthlessly exploit the natural world and the members of their society in the name of progress until exhaustion or collapse, blind to the fury of their own self-destruction. The oil pouring into the Gulf of Mexico, estimated to be perhaps as much as 100,000 barrels a day, is part of our foolish death march. It is one more blow delivered by the corporate state, the trade of life for gold. But this time collapse, when it comes, will not be confined to the geography of a decayed civilization. It will be global. Those who carry out this global genocide-men like BP's Chief Executive Tony Hayward, who assures us that "The Gulf of Mexico is a very big ocean. The amount of oil and dispersant we are putting into it is tiny in relation to the total water volume''-are, to steal a line from Ward Churchill, "little Eichmanns." They serve Thanatos, the forces of death, the dark instinct Sigmund Freud identified within human beings that propels us to annihilate all living things, including ourselves. These deformed individuals lack the capacity for empathy. They are at once banal and dangerous. They possess the peculiar ability to organize vast, destructive bureaucracies and yet remain blind to the ramifications. The death they dispense, whether in the pollutants and carcinogens that have made cancer an epidemic, the dead zone rapidly being created in the Gulf of Mexico, the melting polar ice caps or the deaths last year of 45,000 Americans who could not afford proper medical care, is part of the cold and rational exchange of life for money.” (Click here for the rest)

BAD ACID IN THE REDWOODS 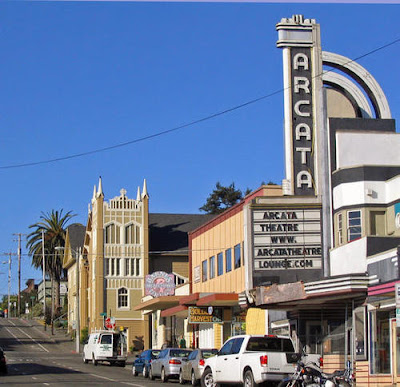 Arcata is a cute coastal town in the Northern California redwoods. With a large boho population, Arcata knows plenty about acid, but, over the past few weeks, a series of bizarre events suggest that somebody is selling terminally bad shit to the stoners of the town. The local paper reports…

“On April 18, officers responded to a residence to assist the Arcata Mad River Ambulance with a 31-year-old male subject who had just castrated himself. Medical personnel and officers were unable to locate the subject's testicles. He later told officers that he flushed them down the toilet as he feared they contained "monsters." The victim, who police say had a Tennessee address, was with several friends when he began to experience negative feelings. He was dropped off at the Jay Street residence, to which Arcata Police responded at 4:18 p.m. that day. "We just thought it was an isolated incident," said Police Chief Tom Chapman. He said calls to aid people having a bad experience with LSD or psilocybin mushrooms are "not uncommon." But a flurry of subsequent incidents represent an unusual surge in LSD-related calls for service. On May 8, a 21-year-old male subject took LSD and wandered away from his residence. He left his shoes, adequate clothing, and cell phone behind and did not tell anyone where he was going. He wandered around the forest for days while concerned friends and family looked for him. He eventually returned a couple days later. On May 9, officers responded to the Mad River Hospital to assist with a combative 19-year-old male subject who was undergoing "flashbacks." The subject had ingested LSD two weeks ago. Today, officers found him standing in the field being held by three friends who were attempting to get him into the emergency room. The friends were requesting police assistance and wanted their friend to get help. The officers detained the subject and held him for psychiatric evaluation by Humboldt County Mental Health. Last night, officers responded to the 900 block of H Street where an 18-year-old male subject, who was under the influence of LSD, was throwing himself on the ground in the middle of the street. He was arrested and taken to jail. Also last night, May 11,officers from APD assisted officers from UPD arrest a subject who was under the influence of LSD. Officers from the Arcata Police Department also had two additional contacts with unrelated subjects undergoing "flashbacks." Both were cared for by friends and family. One subject was taken out of the area and back home by his family.” (Click here for the Arcata Eye) 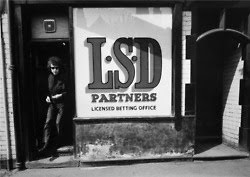 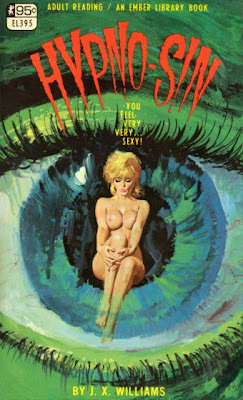 SUNDAY BREAKFAST – MOTHS IN THE GRITS 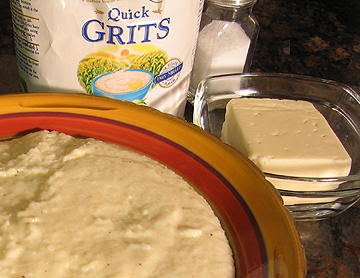 Today we found moths in the grits. Until today I’d hardly remembered a packet of grits lurked in the back of a kitchen cupboard, and I still don’t recall what ancient and bizarre, Scarlett O’Hara, southern-fried culinary adventure occasioned their purchase. Up until the discovery, I’d only know that inexplicable squadrons of tiny moths had recently been flitting around the apartment in ever increasing numbers, and that Finn the cat was learning to slaughter them with great dexterity. I had been puzzled from whence the moths might have originated and, as their numbers increased, I fretted occasionally that they might eat my clothes. The process of kitchen archeology by which the venerable packet of grits came to be opened is too tediously complex to recount here. Sufice to say that it was, and a tiny, but highly-organized moth colony was discovered well on the way to self-determination and possible annexation. The box of grits was dispatched from the balcony with non-lethal Buddhist respect, but then set on by hungry Hollywood sparrows (who are much the same as Cockney sparrows except they have agents and better tans.) The Doc40 household now hopes the moth population will disperse, cat will come down from DEFCON 1, and equanimity will be restored. 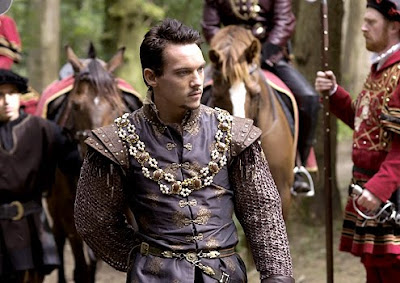 Lately of a Sunday I have made a habit of watching the Showtime drama series The Tudors in which Jonathan Rhys Meyers plays a new-look Henry VIII. Although the primary attraction of the show is a pretty damned addictive cocktail of spectacle, lavish costume, fairly explicit sex, almost as explicit torture, Machiavellian intrigue, and a whole lot of beheading, it is of sufficient historical accuracy for me to notice that Henry – while a wholly reprehensible character, and heavy on the wives – did create much of the infrastructure for the Brit “golden age” of Elizabeth I. (Henry’s surviving daughter, who has been played on the screen by everyone from Bette Davis to Kate Blanchett.) His establishment of the British Navy as a force with which to be reckoned for the next five centuries, and way in which this kind of massive public spending strengthened and empowered the newly emergent middle class, was positively Keynesian. And how did he pay for it? When he fashioned the Church of England (or, as Eddie Izzard calls it “The Murdering Bastard Religion”) in order to divorce first wife Katherine of Aragon, a happy side effect was the chance to rob blind the riches centralized global Catholicism. It’s an idea that might be turned around today and applied to centralized global corporations. (Along with a bit of torture and beheading for good measure.)
Posted by Mick at 5/16/2010 05:23:00 PM No comments: 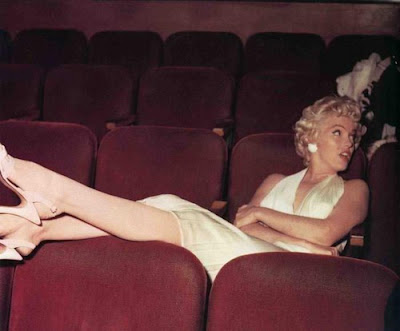 “If this was China a bunch of BP execs would have been dragged out of their boardroom and shot in the back of the head, execution style. Homicide is a great motivator.”
Posted by Mick at 5/16/2010 05:18:00 PM No comments: 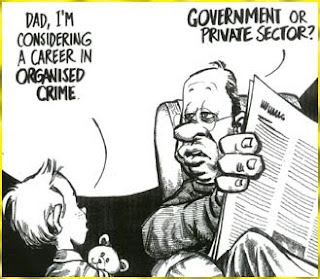 TALK TO THE HAND 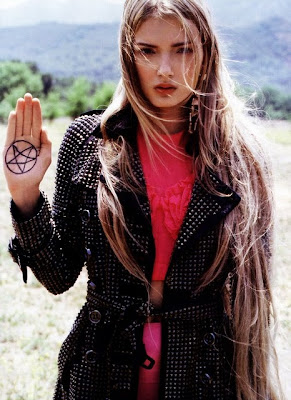