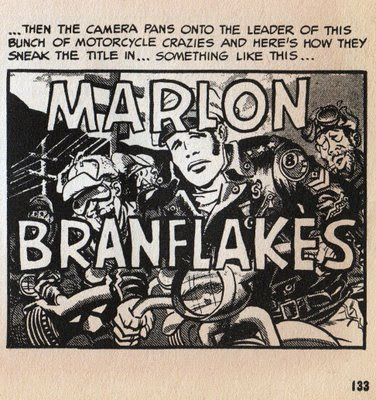 When Mark Haspan recently posted a comment noting an definite undertow of Mad magazine in the works of Doc40, I responded with a smile that Mad had been a seminal influence on everything I would subsequently do. Mad clued in a pre-teen English wannabe-hipster to a great deal that he knew he needed to know, from Jack Kerouac, to the above Marlon Brando, to making Edgar Allen Poe enjoyable. Last year I wrote more about Mad in LA CityBeat celebrating how they had gone after Bush from the get go. Click here to read.
Posted by Mick at 12/20/2008 12:54:00 AM 1 comment:

BUT WAIT, THAT’S NOT ALL… 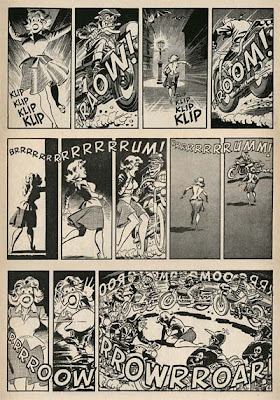 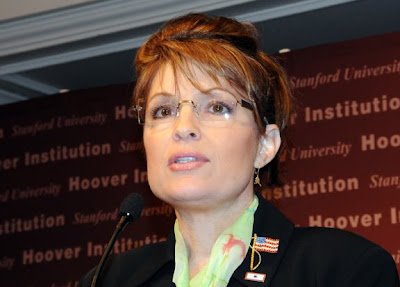 No matter how vehemently I resolve to never mention Klondike Barbie ever again, stuff keeps happening. I mean, here am I with a book charting the cultural history of amphetamine being published next year, and I should stand by my word and not crow like Nelson Munz (Ha-ha!) when Keith Olbermann tells me how Palin’s daughter’s prospective mother-in-law has been busted for possession and manufacture of unnamed substances? I don’t think so. (Ha-ha!) I make too many rash promises. And when Wasilla is widely described as The Meth Capital of Alaska, one can only assume the offending substance is speed. (Ha-ha!) Thus, in a crude nutshell, it’s been revealed to us that the Gov’s daughter was knocked up by the son of the local lady meth cooker. (Ha-ha!) Another vignette of small town family values? It would make a movie-of-the-week if we still had such things.
The secret word is Crank
Posted by Mick at 12/20/2008 12:04:00 AM 4 comments: 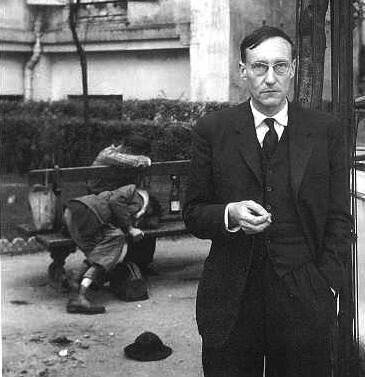 The wino on the bench insulted Uncle Bill’s new suit. Uncle Bill knocked his hat off and beat him mercilessly. 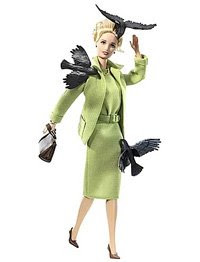 Here at Doc40, for reasons better not discussed, we always keep half an eye on Mattel and Barbie if only as a plastic bellwether of the times. The promo blurb reads – “In 1963, Alfred Hitchcock, the Master of Suspense, gave us a tale of terror not soon forgotten in his film “The Birds.” Dressed in a re-creation of the stylish green skirt-suit worn by the film’s ill-fated heroine in an iconic scene, Alfred Hitchcock’s “The Birds” Barbie® Doll celebrates the 45th anniversary of the acclaimed film. From the doll’s classic ensemble to the perfectly painted expression to the accompanying black birds, every aspect captures the film’s infamous appeal.” But is this a little weird or what? And what other victim Barbie dolls might be coming to a Toys R Us near you real soon? Elm Street Barbie? Halloween Barbie? Bates Motel Barbie? Or Barbies modeled on a few of the Marquis de Sade’s girlfriends?
The secret word is Malibu
Posted by Mick at 12/19/2008 12:32:00 AM 3 comments:

THIS MUST HAVE BEEN A VERY ODD MAGAZINE EVEN FOR 1950

SAY HELLO TO MY LITTLE FRIEND 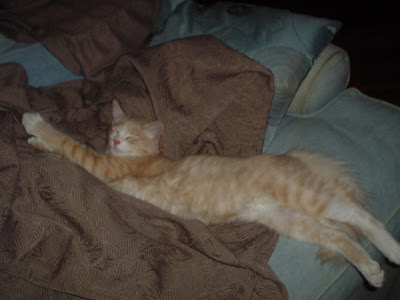 Finn is a new arrival at the Doc40 household. He is five months old, a trainee terrorist and quite a handful, and he came to me from an animal rescue group with the help of his Three Godmothers. For a while I wondered if to adopt him so soon was disrespecting the memory of the sorely missed Newton, but I was persuaded by my friends that a new kitten would point me outward, and I think they were right.

YOU KNOW TIMES ARE BAD WHEN... 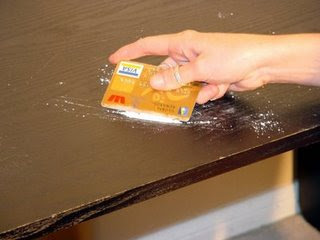 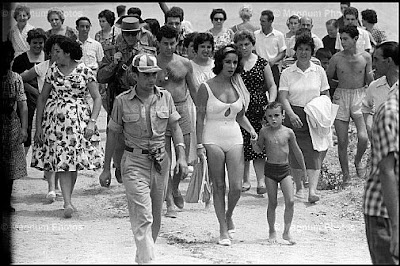 A week ago today, I ran a picture of Elizabeth Taylor in Suddenly Last Summer for no really good reason except that it was there and I liked it. Our pal Valerie in Barcelona responded with this great shot which, one can only assume, was taken a while later after the scene wrapped. Valerie also noted in the accompanying email, “Had always seemed like Italy to me probably because of shades of Pasolini. Till a visit a couple of years ago to S'Agaró, once a wild and wonderful place along the coast, where they still remember the filming. You can imagine the excitement for a tiny village in 50s Franco and church controlled Spain. The little Catalan boys who ate Montgomery Clift....”

The secret word is Falange 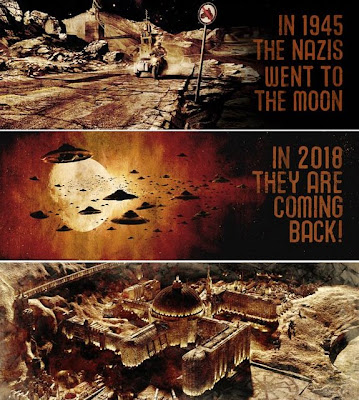 As some of you already know I have a schoolboy weakness for the entire mythology of Nazi space exploration, secret bases, and the Flugelrad (the Nazi flying saucer.) I totally indulged this fixation in the fourth and (so far) final Victor Renquist vampire novel, Underland – and if you haven’t read it, you really should. Our pal Jon emailed me a whole bunch of stuff under the general rubric of diesel-punk which included a link to this movie-in-production titled Iron Sky which really looks like fabulous stuff for those who like that sort of thing. Click here to watch a trailer, and here for the webpage.

The secret word is Achtung 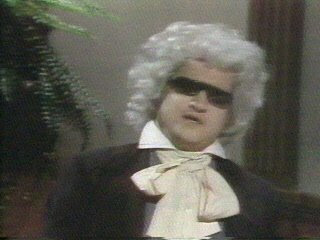 THIS MAN IS NOT A JOKE 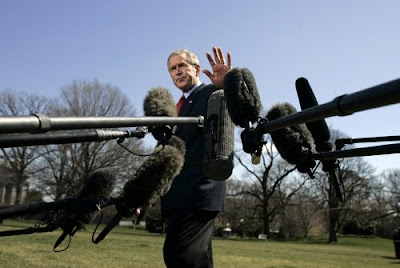 Yesterday we all had a good laugh when Muntadar al-Zeidi hurled his shoes at George Bush, and today some political activist sent me an email suggesting that we all send old shoes to Bush at the White House. It seemed, for a few minutes, to be a suitably goofy idea, but then the realization fell on me like a great weight that to think of George Bush as goofy is a dangerous mistake. He is a deadly combination of arrogance, ignorance, criminality, and uncaring incompetence, and that is something we should never forget. The cynical attempt to whitewash his disastrous presidency with the current Bush Legacy Project won’t fly. The man cannot plausibly reinvent himself as our first Dear Leader of the 21st century, but, at the same time, for him to be reduced to a figure of fun – the doofus who couldn’t get a book deal – is so much more than he deserves that it has to be rejected out of hand. The man is evil. He started two wars, wasted thousands of lives, attempted to create an American police state, left New Orleans to drown, and wantonly destroyed the national economy. Even now he is sowing a minefield of presidential orders to make the cleanup in the aftermath of his regime as difficult as possible. George Bush should probably be tried as war criminal, but US politics are such that this is unlikely to happen. But, for chrissakes, don’t let’s remember him with a smile.

The secret word is Iniquity

THE ADVENTURES OF MARILYN (Part 8) 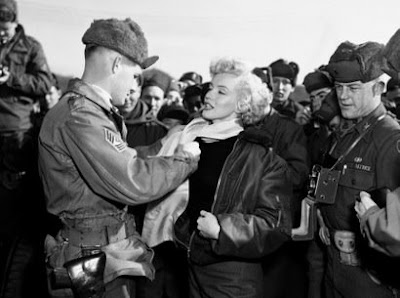 In which Marilyn, working as a fifth columnist for the Albert Hoffman Brigade of the Dionysian Red Legion, infiltrates the CAPCOM base of the government troops with the intention of using her goddess wiles for subvert the rank and file grunts, and sapping their will to fight before the inevitable battle when the rebels come down from the mountains. She experiences a moment of panic, however, when the sergeant wraps the silk scarf around her neck. Could he be a Thugee-trained strangler of Kali? But no. He has no idea of her true identity or mission. He’s just trying to buy her good will with gifts. Next thing, he’ll be offering her cigarettes, chocolate, and nylons. She knows she will easily bend him to her will. Hasta la victoria siempre.

IF YOU'RE GOING TO THROW SHOES... 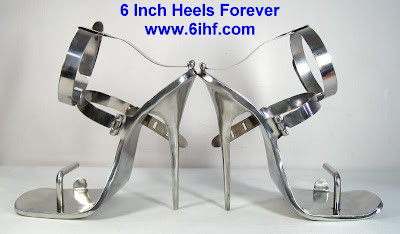 We all seem to have heard about the Iraqi reporter who called George Bush a "dog" and threw his shoes at him earlier today. Our lovely friend Valerie sent a visual comment on what might have been if the reporter had proved more adventurous in his choice of footwear.

The secret word is Heel