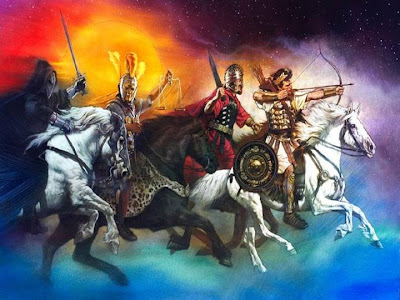 I was sitting down to write some piece of Saturday cynical amusement and then, with dire synchronicity, I received this link from our good pal Jimmy, and also a breaking-news email that the WHO fears swine flu could become a pandemic. And, of course, should the Third Horseman really show up with all his droogs, the USA doesn’t have a healthcare system worth shit. But the good news is that an infestation of venture capitalist swine will make beaucoup bucks from the plague, and they are very fucking happy.

“LOS ANGELES, April 24 (Reuters) - The swine flu outbreak is likely to benefit one of the most prolific and successful venture capital firms in the United States: Kleiner Perkins Caufield & Byers, Thomson Reuters Private Equity Week reported on Friday.
Shares of the two public companies in the firm's portfolio of eight Pandemic and Bio Defense companies -- BioCryst Pharmaceuticals and Novavax – jumped Friday on news that the swine flu killed a reported 60 people in Mexico and has infected people in the United States. The World Health Organization said the virus appears to be susceptible to Roche's flu drug Tamiflu, also known as oseltamivir, but not to older flu drugs such as amantadine. (Click here for the whole story)”

Can we hang them now, please? From lampposts? (And isn’t there something very dubious about Tamiflu? I can’t quite remember the conspiracy theory.)

The secret word is plainly Pestilence

…OR IS HANGING TOO GOOD FOR CAPITALISTS? 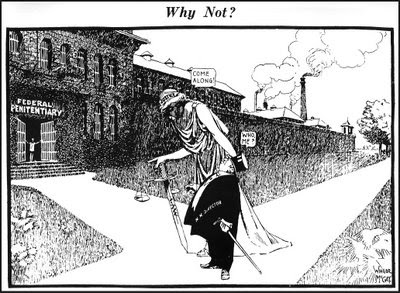 This is from 1914. Sadly little changes unless forced to. 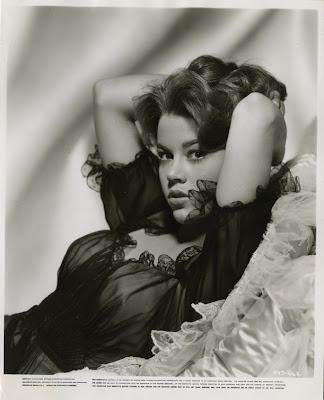 THE HEAT COOLED DOWN 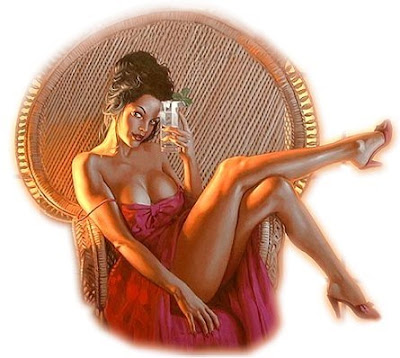 The heatwave has passed and I'm back. Without irony or sarcasm, I’m touched by how, when I don’t post anything on Doc40 for a few days, some of you worry that I have died, burned out, been held for ransom or otherwise become incapacitated. Thanks for all the enquires and good wishes. I really appreciate them, but do remember that now and again I have to take time off to maintain my health, sanity, and also earn a living, which is a huge obstacle in itself through these troubled times.

The secret word is Stress 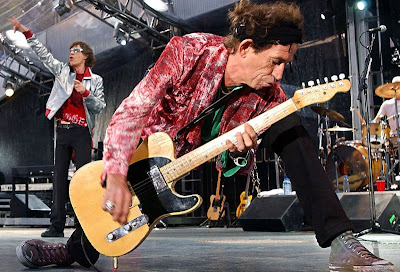 “New German research indicates that when musicians play together, they think together as well.
Study author Ulman Lindenberger of the Max Planck Institute for Human Development in Berlin and his co-investigators looked at electrical activity in the brains of eight pairs of guitarists. They monitored patterns of brain waves as the musicians played a short jazz-fusion melody together up to 60 times, and published their findings in the journal BMC Neuroscience.
The study reported that the frontal and central regions of the guitarists’ brains synchronized to a high degree. But, more surprisingly, the temporal and parietal regions also showed significant synchronization in more than half of the pairs. These regions may be involved in simply enjoying the music, researchers suggested.To my mind, this study highlights one of the great joys of playing music, one voiced by many musicians: a sense of self-transcendence. Playing music together creates a rare chance to step outside of ourselves and our small concerns and join our minds wholeheartedly with others in creating something no individual could make alone. Seen in this light, creating beautiful music is simply a wonderful byproduct of a larger reward – connecting deeply with other human beings.” 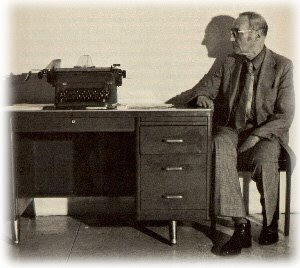 Uncle Bill is convinced the typewriter moved and he waits for it to move again.

THE HEAT AND THE HANGOVER 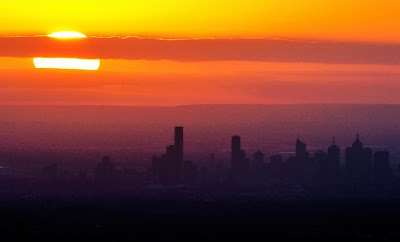 As cynics surmised, it did take me a couple of days to get over Friday night’s Hawkwind tribute. At events of that kind, I do rather feel obliged to address the alcohol and other stimulants with some rigor, if only to show the young people how it’s done. Then, just complicate matters, a 95F heat wave dropped on the city out of nowhere, leaving my brain limp and unusable, and my liver feeling like it attacked Akabar by land, plus generally demonstrating that I am not made of sterner stuff. Doubtless I will write more as it cools off. 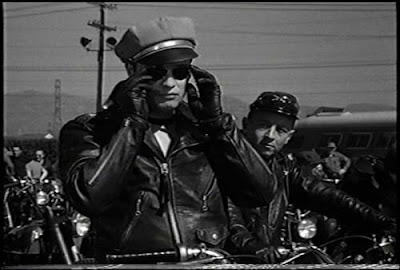 Back in the 20th century I wrote an excellent book called The Black Leather Jacket which latter became a Channel 4/PBS documentary narrated by Dennis Hopper. Confirming that nothing ever really goes away, although the documentary isn’t be seen on TV too often these days, it has appeared on YouTube chopped into a bunch of multiple episodes. (Click here for the first.)