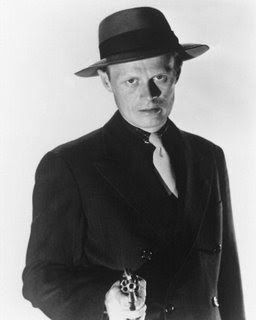 People have been emailing me saying that Nick Cave has copped my semi-spoken vocal style for his new “Dig, Lazarus, Dig”. Me? I kinda a doubt it. What would Cave need with a trick from my worn bag even I was on his radar? I’m sure he came to the thing by his own route, but it’s a nice. Judge for yourself.

The secret word is Aggrandizement

“Coming of age in a fascist police state will not be a barrel of fun for anybody, much less for people like me, who are not inclined to suffer Nazis gladly and feel only contempt for the cowardly flag-suckers who would gladly give up their freedom to live for the mess of pottage they have been conned into believing will be freedom from fear.” -- Dr. Hunter S. Thompson, Kingdom of Fear
Posted by Mick at 4/25/2008 08:16:00 PM 1 comment:

BACK FROM THE DARK GODS 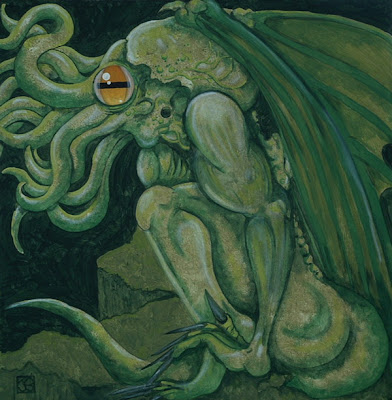 Sorry for all the missing time, my friends. I’d like to say I was abducted by aliens, and give you all the intimate information on the application of the anal probe, but cool as it might sound, it would not be the truth. To say the that I was with the Old Dark Gods might be partially true, but something of an exaggeration, although I could frequently feel their fetid, heated breath someplace in back of me. The reality is that I simply fell victim to creative overreaching, the passage of time, the shock of flesh, and a lack of realization that I am no longer twenty five. For a while I stumbled under the iron hooves of a lost and distorted reality, but now I have righted myself and, although still a little damaged and somewhat weak, I tentatively reenter the fray (Doc The White?), and hope that we can only grow from here on out.

The illustration above is by Jett, a real good pal of hours. He asked me if I thought a series of paintings of Lovecraft’s Dark Gods would be commercial, and I told him that they were infinitely commercial, and I hope when Jett has more, he will give me a link to the gallery that I can post.

Meanwhile, I have received some excellent links. Bob Dylan in a special version of Hard Rain. A web page devoted to Jones, the cat in the movie Alien. A dancing lesson by James Brown. A battlefield account by me of the great 1968 Grosvenor Square, anti-Vietnam demonstration, and (if the wasn’t enough ego) a short snatch of a performance by me and Andy Colquhoun earlier this year at an art gallery where the sound sucked. And finally Boss Goodman pontificates on drugs.

And even more finally, the Deviants have contributed a new working of “Lost Johnny” the old song I wrote with Lemmy to a Motorhead tribute CD. Click for details. 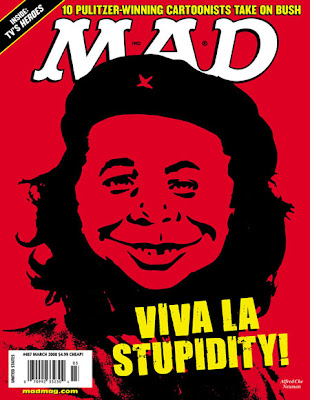