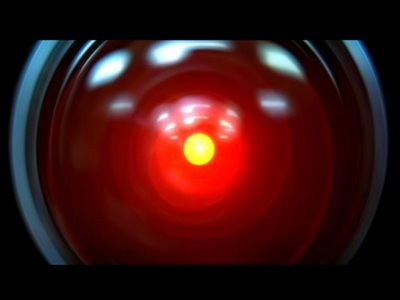 OPEN THE POD DOOR, HAL
Regular readers will know that, over the last few month, we’ve more that once discussed The Singularity, that moment a quarter of a century or so in the future when Ray Kurzweil thinks computers will be smarter than we are, and human and machine will merge and blur. (And I suspect may be the cyberpunks' version of The Rapture.) The following comes from HCB who has been rather quiet for a while but seems to be feeling better and we all wish him well.

SIGNS THE SINGULARITY HAS ARRIVED
by Dave Price
With all the worrying about the future of technology, it's important for people to know when the Singularity has arrived. This helpful guide will provide some hints as to when you may have passed the event horizon in the predictability of human technological development.
10) You're late to work because can't remember where you left the encryption keys to your backup consciousness cache.
9) TV watches you more than you watch it.
8) Your divorce proceedings include nasty fight over who owns the source code to your wife's operating system.
7) Your cats have higher incomes and several more advanced degrees than you. Occasionally, they let you pet them while they do differential calculus (they think you're so cute when you do that).
6) You're evicted from your body, which is seized by the county and sold for back taxes.
5) More computers own people than people own computers. Video game violence takes on an entirely new meaning.
4) Civilization collapses and rebuilds itself several times during your daily commute to work. This generally causes you only a slight delay.
3) Political analysts are surprised when third-party AI candidate is elected President with 99.99999% of the vote as several trillion voters are created minutes before polls close.
2) Goldfish crackers beg you for mercy, try to wriggle away, then scream when you bite into them. Your kids love this.
1) "Blue Screen of Death" no longer just a figure of speech."

CRYPTIQUE – How far down the rabbit hole do you really want to go?

I'd write more only I feel like shit, cold, sore throat, who knows what? In other words Syd's dead and I ain't feeling so good myself.

But our pal hipspinster has been writing lots including an unusal incident that befell us on July 4th. http://hipspinster.blogspot.com/ 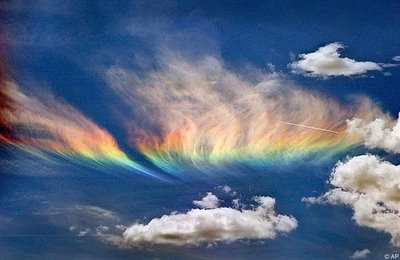 IT'S THE RAPTURE! RUN FOR YOUR FUCKING LIVES!