When I lived in NY, back in the roaring 80s, I would often see Al standing outside his restaurant, Grandpa’s on Bleeker Street. Sometimes he could be seen in conversation with Fred Gwynne who also lived in the Village. And that stopped traffic.

The secret word is Gone

THE DARK SIDE OF THE MOON
I can’t say enough good things about Clive Thompson’s Collision Detection. He comes up with such good stuff. Like the above pic of the dark side of the Moon. Or the news that, "on Feb. 8, the best play in the history of the universe will open in Manhattan: Heddatron. It's an adaptation of Hedda Gabler in which half the parts are played by live robots onstage. The description of the plot, from the theater group's web site: Les Freres Corbuser continues its irreverent massacre of historical icons and academic esoterica by taking on famed playwright Henrik Ibsen, the well-made play, and contemporary issues in robotics. Ibsen is thwarted by August Stringberg and his kitchen slut throughout his fevered struggle to write the great feminist drama, Hedda Gabler, while a contemporary housewife in Michigan is abducted by robots and forced to perform Ibsen's masterpiece over and over again."
http://www.collisiondetection.net/

WANNA SEE A CLIP OF THE MC5 FROM LIKE AROUND 1970?
Actually, for you sticklers, it’s the MC4 plus a substitute bass player whose name I don’t recall, but I’m sure Yukiko will tell us. (Link provided by MrMR)
http://www.youtube.com/w/Kick-Out-the-Jams---MC5?v=HRKObNn9TbQ&search=mc5 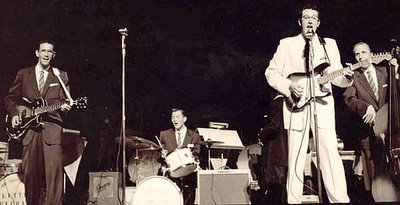 TODAY BUDDY HOLLY HAS BEEN DEAD FOR 47 YEARS
http://earcandymag.com/gpg-buddyholly.htm

Whoever imagined I'd live so long. I still remember the chill that went through the school when we heard the news. (Oh boy.) The teachers, at least, knew enough to keep quiet.

The secret word is Process 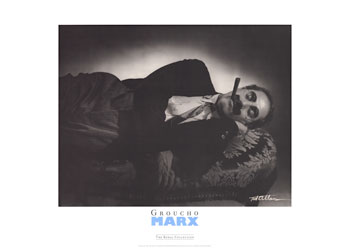 SO WHAT DID GROUCHO REALLY SAY?
On Tuesday we were discussing the legend of how Groucho Marx supposedly threatened the life of Richard Nixon. MrMR pointed out that it was Abbie Hoffman not Groucho who said "The only dope worth shooting is Richard Nixon." Which left me in something of a quandary. What had Groucho said that had brought him to the attention of the FBI? Fortunately MrMR then came up with chapter and verse from Paul Krassner...
After our acid trip, I had only a couple of contacts with Groucho.The first concerned a rumor that he had said "I think the only hope this country has is Nixon's assassination.. I wanted to verify whether he had actually said that. "I deny everything", he joked, then admitting he had indeed said it over a luncheon interview with a now defunct magazine, Flash.
"Uh, sorry, Mr. Marx, you're under arrest for threatening the life of the president. I can't tell you how much I enjoyed A Night at the Opera. Here, now, if you'll just slip into these plastic handcuffs...."
I wrote to the San Francisco office of the U.S. Department of Justice, asking about the status of the case against Groucho, particularly in view of the indictment of Black Panther David Hilliard for using similar rhetoric.
For the full story...
http://www.sirbacon.org/4membersonly/groucho.htm

But if you think this was a fiasco of yesteryear, this story is hot of the presses. Seemingly the focus has switched from venerable comedians to schoolboys...
The Secret Service is investigating a seventh-grader who wrote a school essay that authorities say advocated violence against President Bush, talk show host Oprah Winfrey and others. The boy's homework assignment for English class was to write what he would do on a perfect day. In addition to the president and Winfrey, the boy wrote that violence should be directed at executives of Coca-Cola and Wal-Mart, police and school officials said. "His perfect day would be to see the destruction of these people," Schools Superintendent David Raiche said.
The Secret Service investigation is ongoing, but the essay may have been a "cry for help," said Thomas M. Powers, resident agent in charge in Providence. Threatening the president is a felony, he said. Authorities would not identify the boy or his teacher or release a copy of the essay. He was not arrested, police Detective Sgt. Fernando Araujo said. "It wasn't any detailed, minute-by-minute plan," Araujo said. "It didn't meet the criteria for a criminal charge."
The boy has been temporarily barred from school, but as a mental health rather than disciplinary precaution, Raiche said.
Posted by Mick at 2/02/2006 09:44:00 PM No comments:
but maybe the Feds should also be looking into the actions of politically motived canines. 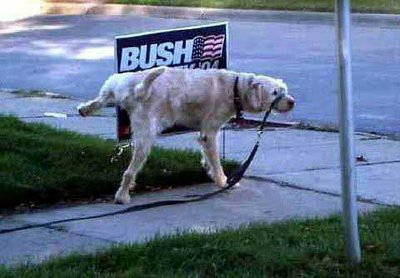 (from Doug the Bass) 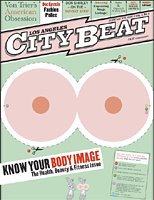 MEANWHILE
I have a piece in the new La CityBeat on fitness and how to avoid it.
http://lacitybeat.com/article.php?id=3244&IssueNum=139#

BUT I ALSO HAVE TO CONFESS I FUCKED UP
In the January 5th, issue of LACB, I wrote a cover story on the current condition of the media, (Humanity v Technology). In passing, I mentioned the supposed purchase of the blog bundle Gawker Media by the New York Times. As it turned out this never happened. Turns out the story was a phoney, planted by Russ Smith at NY Paper, but being Xmas and all, I was well suckered. Then Fishbowl LA got all over my ass, but what can you do? They don’t seem to like me too much anyway. JFK always maintained it was better to admit a mistake and move swiftly on. It makes you more endearingly human, as long as you don’t fuck up too much. Unfortunately they no longer teach that JFK class in President School.
http://www.mediabistro.com/fishbowlLA.com 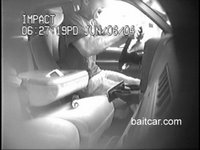 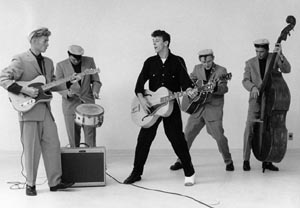 ("Because I’m the one in the black threads, motherfucker. That’s why.") 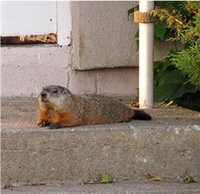 GROUNDHOG DAY, WE HAVE A PROBLEM
Doug the Bass sent over the following...
"This year, both Groundhog Day and the State of the Union Address fall on the same day. As Air America Radio pointed out, "It is an ironic juxtaposition: one involves a meaningless ritual in which we look to a creature of little intelligence for prognostication, and the other involves a groundhog".
And damned droll for the Al Franken Dog and Pony Show except that the State of The Union was yesterday, and Groundhog Day is tomorrow.
http://www.groundhog.org/

The secret word is Phil 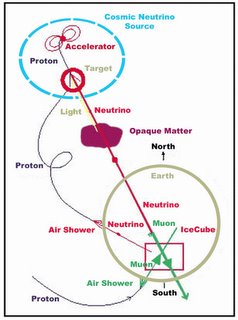 SOUTH POLE NEUTRINO DETECTOR COULD YIELD EVIDENCES OF STRING THEORY
HCB, who is seemingly concerned that the world (indeed everything) is going to end in 2012 as predicted by the late Terrence McKenna, contributed this link. I am not going to make the wholly preposterous claim that I, in anyway, approach grasping String Theory, but a half-baked non-understanding does yield a highly colorful vocabulary and all kinds of handy excuses for multiple dimensions of reality that are invaluable tools for the science fiction writer and the advanced tinfoil-hat schizophrenic.
http://physorg.com/news10295.html

AND TALKING OF TINFOIL HATS...
Valerie forwards this link to the BBC who report that "the US military seeks the capability to knock out every telephone, every networked computer, every radar system on the planet." http://news.bbc.co.uk/2/hi/americas/4655196.stm

COGITO ERGO DRUG TRANSIT
I maybe stand corrected. With reference to last Saturday’s "Mad Dog Coulter Post" MrMR writes, "‘Avoid all needle drugs. The only dope worth shooting is Richard Nixon.’- Abbey Hoffman". So if it was Abbey who made that remark, I have to ask myself what did Groucho say to get the FBI in an uproar.

AND TALKING OF THE FBI,
Some cat called bellaciao figures he or she has all the dope (ahem) on how all the 1960s radicals were really working for the Feds. To which I can only respond by raising bellaciao one whole Grassy Knoll.
http://www.bellaciao.org/en/article.php3?id_article=10052

CRYPTIQUE – The King is never boring.

(I think I’m now therapeutically working my way through the use of this caption. It will be over soon.) 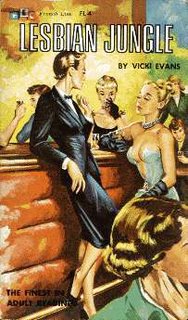 TALES OF BEATNIK GLORY
Doug the Bass sent over this tale of yesteryear which seemed somehow to align with the sad news that Stew Albert just died of cancer.

Of course, my own major aventure with Stew was when we disrupted the Frost Show back in the day. For an account...

STOP THE PRESSES!
I DIDN’T KNOW WHAT AN ELVIS WEEKEND THIS WAS GOING TO BE
Until I couldn’t stop myself lifting this from Miss Templeton who in turn lifted it from Spicy
McHaggis. But let’s watch how Opus Dei react...

The secret word is Metaphysical 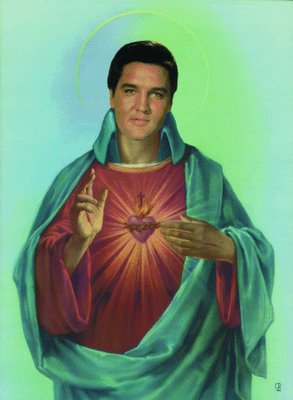