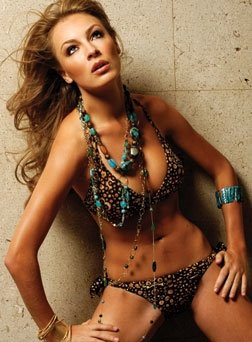 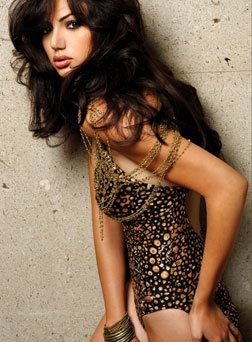 On the left is Miss Israel, on the right in Miss Lebanon. They are at war. Yet the beauty pagents continue as the rockets explode, nations tear themselves apart, and we fear the eventual nuclear option. Doesn't this all make it totally pointless and criminally absurd and increasingly push the mind to the end of its tether?

The secret word is Extinction

"Okay so Farren will be out here pissing and moaning that’s it’s to hot to blog – or do anything else for that matter – and how there are power outages all across the nation, and it’s the end of the world, blah, blah, blah, and then he’ll post this picture because – unlike Stephen Colbert – he thinks bears are adorable, but this bear has some fucking news for all you human’s, okay? This may look way cute, and way cool, but what you don’t know is that this lump of ice I’m sitting on is ALL THAT’S FUCKING LEFT OF THE NORTH POLE, YOU BASTARDS!"

The secret word is Torridness.

Meanwhile, an old friend becomes a new blogger at...
www.valleyboy.net

And I have a media column in today's LA CityBeat on TV coverage of the brand new war.
http://lacitybeat.com/article.php?id=4103&IssueNum=164 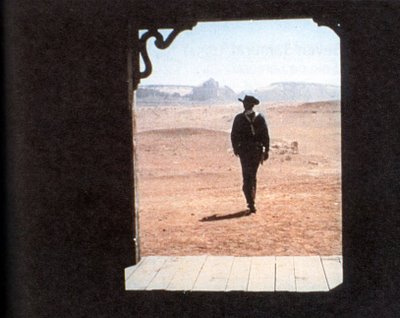 I CANNOT LIE TO YOU...
So where have all the blogs been for almost a week? The answer is that it’s been too fucking hot (as 100F+ in some parts of LA) to do anything much of anything except my appointed tasks, which in that last 4-5 days have included a major interview with Gore Vidal which will appear in LA CityBeat on the next couple of weeks, and also two live shows which made me very happy. I confidently hope that normal service with be resumed as soon as the temperatures drops at least into the low eighties.

Meanwhile, the lovely hipspinster had been blogging up a storm about Sir Ian Mckellan and the fear of Mercury in retrograde...
http://hipspinster.blogspot.com/

And the Doug the Bass sent over the following with the comment with which I totally concur "Hey, what do you know? Something from the Ayn RandInstitute that I actually agree with."

OPPONENTS OF EMBRYONIC STEM CELL RESEARCH AREOPPONENTS OF HUMAN LIFE JULY 20, 2006
"President Bush's claim that embryonic stem cell research violates 'the dignity of human life' is morally obscene," said Yaron Brook, executive director of the Ayn Rand Institute. "This research has the potential to rescue millions of individuals from painful and life-threatening diseases. Anyone who places the welfare of a few undifferentiated cells above that of actual human beings cannot claim to value human life. "There are no rational grounds for ascribing rights to an unconscious cluster of cells smaller than a grain of sand. But the opposition to embryonic stem cell research is not based on reason--it's based purely on religious dogma. From the development of anesthesia to the introduction of birth control, religion has consistently opposed scientific and medical progress. Today, with their assaults on evolution, cloning, and stem cell research, the religious right is attempting to drag us back to the Dark Ages. "Anyone who values human life must stand up forscience and against President Bush's attempt to impose his religious agenda on America."

The secret word is Swelter