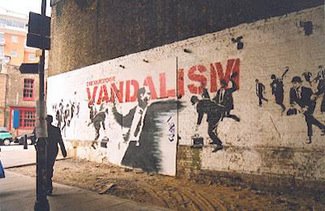 BEEN REAL BUSY, BUT...
But here’s a riff from the new LA CityBeat on the mob (as in lynch, not Tony Soprano)

IS THIS ANY WAY TO START THE WEEK?
I open the LA Times and read the following. It ain’t like it’s news. It’s just that, each time anyone takes a serious look, it’s so much worse than we though it was. Meanwhile the oil barons have their shills and trolls out telling us it ain’t happening and that Al Gore is homosexual. These bastards have to be hurt.

"The Greenland ice sheet — two miles thick and broad enough to blanket an area the size of Mexico — shapes the world's weather, matched in influence by only Antarctica in the Southern Hemisphere. It glows like milky mother-of-pearl. The sheen of ice blends with drifts of cloud as if snowbanks are taking flight. In its heartland, snow that fell a quarter of a million years ago is still preserved. Temperatures dip as low as 86 degrees below zero. Ground winds can top 200 mph. Along the ice edge, meltwater rivers thread into fraying brown ropes of glacial outwash, where migrating herds of caribou and musk ox graze. The ice is so massive that its weight presses the bedrock of Greenland below sea level, so all-concealing that not until recently did scientists discover that Greenland actually might be three islands. Should all of the ice sheet ever thaw, the meltwater could raise sea level 21 feet and swamp the world's coastal cities, home to a billion people. It would cause higher tides, generate more powerful storm surges and, by altering ocean currents, drastically disrupt the global climate."
http://www.latimes.com/news/printedition/la-sci-greenland25jun25,0,6885120,full.story