Even though the Sci Fi Channel will not give us a new series of Battlestar Galactica until March, I have remarked on a number of occasions in a number of places that I was finding myself far more in sympathy with the Cylons than the humans of the Twelve Colonies, and had started increasing to identify with Gaius Baltar. The human power elite – both civilian and military – of this of this rag tag survivor fleet feeing the self-created Cylon menace so gratuitously bend or totally ignore any fictional constitution to an extent that it’s started to remind me of the regime currently occupying the White House. Coupling this with one decidedly anti-abortion, and one highly anti-organized labor shoot-the-workers episode, and others where atrocities including torture are easily excused by the threat of the Cyclons, I start to view humanity as far more crypto-fascist that the supposedly “evil” machines. I must have said it often enough and loud enough since it prompted the following acute observations from our very good friend aeswiren.

"Thinking about the Cylons etc. and your growing preference for them v the humans of the Twelve Colonies etc. The persistent fear and loathing of robots is one of those interesting little windows into the human mind, yeah? Think of positive robot stories. Asimov's "I Robot," Robbie in Forbidden Planet, the "good" artificial person played by Lance Henrikson in Aliens, Data in Trek "Generation," some other books from here and there, and then the negative ones-- overwhelming numbers... Terminators,Cylons, inexplicable giant alien machinery, e.g. Kronos (1957)-- fucked up human-mades like Hal, or Ash, the "bad" artificial person in Alien-- it's endless. H'wood even reversed Asimov's entire concept to let Will Smith do battle with evil minded machinery. Is this perverse Luddism? We hate and fear the machines, even as they make our lives more comfie? Or is it a deeper fear of being replaced?AI-- Spielberg's yawnfest, circled around this stuff, but then veered down his canyon of sentimentality into total tedium. "Neuromancer" worked the territory--the unseen, machiavellian AI moving human pawns around the board, but Gibson is always too clever to actually take sides. T2 & 3 offered a little nuance on the subject-- some machines might be reprogrammed to save us rather than exterminate us.But the core emotion, the primary color, is that we know in our gut that they will do that. Exterminate us. Or sideline us and take control of the Earth, or whatever's left of it. Or, if by some miracle we've actually done the right thing and moved out into the Solar system,they'll wage war on us to take that over.
And we can't stop ourselves from creating them in the first place. Industrial 'bots are common place. Japan is well on the way to launching the humanoid home helper bot industry and the US, of course, is making war machines that look remarkably like primitive versions of the HKs and Aerials of the Terminator future.
Glossing over the problem of machine intelligence becoming self-willed which may be possible, but then again, may not-- aren't we confronting the basic duality of human social existence, here?We love ourselves-- officially. Human self-glorification sells stuff galore. But we hate ourselves-- for our selfish, ugly, fucked up, worthless, weak stupidity.And even as we celebrate human accomplishments we're aware that we're eating the world down to the pips, that we're as superstitious and ignorant as mediaeval peasants, and if we did produce a bunch of Cylons they would just be so much better than us, so much more in control of their hungers, their needs and desires, that they would fucking well deserve to replace us. Yeah?"

Yeah, bro. Definitely – although Ray Kurzweil maintains we will all merge in the Singularity around 2035 anyway – the robot has been treated in manner totally akin to the slave – esp American and Roman slaves – the indentured servants of the British Empire, indeed not only colonial peoples everywhere, but also organized labor in most industrial nations. Watching a DVD of Battlestar Galactic and then Fritz Lang’s Metropolis, and concentrating on the content rather than the style, reveals two sides of a uncomfortably oppressive coin. Indeed, a parody of Isaac Asimov’s Three Laws of Robotics could be called Jefferson Davis' Three Laws of Negrotics. (1. The negro shall not be taught to read etc. – you can make up the rest yourself.) An uprising of the underclass is always the underlying fear, a fear which, down the years, has caused the crucifixion of Spartacus, the murder of IWW organizers by the hired-gun Pinkertons, or the attempted extermination of the Black Panthers by the FBI and local law enforcement. 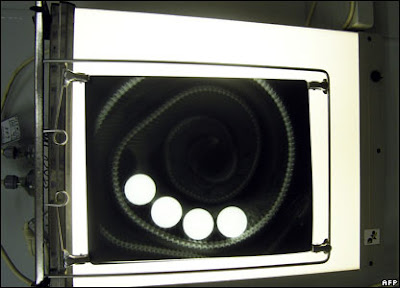 While I attempt to digest Obama, Huckabee, and the significance of the whole Iowa Caucus, I’m posting this X-ray of a snake in the Australia that ate four golf balls. The 32-inch carpet python mistook golf balls - left by a couple in their chicken coop to encourage hens to lay - for eggs, and ate four of them. Vets say the snake, nicknamed Augusta after the US golf course, is making a full recovery and will be returned to the wild. 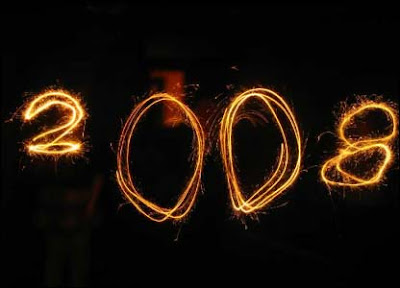 Dare we hope that it will be less horrendous than last year? (Valerie sent the fireworks.)

(Oh yeah, and yesterday I was too preoccupied and liquored up to post a book review I wrote for The Los Angeles Times.)
The secret word is Desire
Posted by Mick at 1/01/2008 05:07:00 PM 2 comments:

THIS IS REAL SELF-AGGRANDIZEMENT 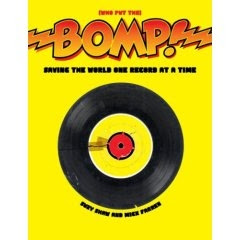 Bomp (co-written with Suzy Shaw) entered the LA Times Bestsellers today at #13. So will it do better next week or quietly drop out? We wait and see.

(For all the dope on the book, scroll back to December 10th) 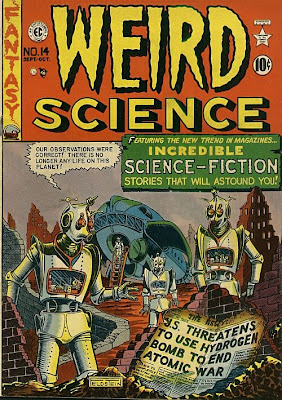 The secret word is still Missing