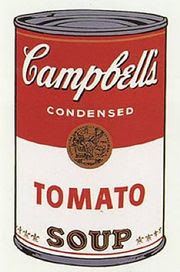 On June 3, 1968, Valerie Solanas shot Andy Warhol (and also art critic Mario Amaya). Solanas was arrested the day after the assault. By way of explanation, she said that "He had too much control over my life." 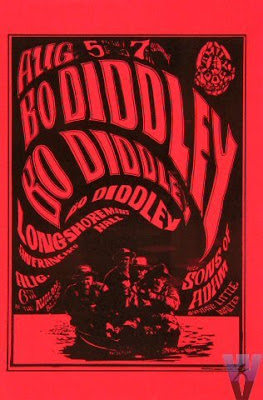 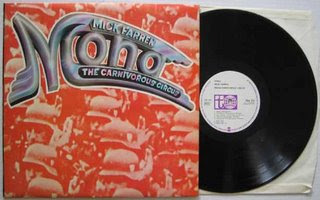 So many epitaphs as the shadows lengthen. I grew up on Bo. The beat fascinated me in the way that it took no prisoners. It was always there, a launch platform to anything you wanted it to be. It was the foundation of PTOOFF! It was the reason for Mona, and while we were recording Mona, Paul the cello player hipped me to how the same rhythm was totally replicated for a few measures in one of the Bartok string quartets, (I forget which one off hand, you gotta go look for it) written at the dawn of the 20th century. The beat talked of Detroit steel cars and heavy industry, and endless highway, and thus it became background for demented poetry in Tijuana Bible’s “Memphis Psychosis.” Bo is gone, my sisters and brothers, but -- it’s mercifully trite but the truth all the same -- the beat goes on. (Whip it out Cher.) 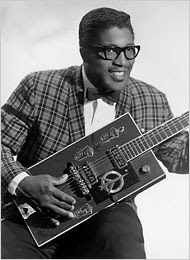 DID I SAY WEIRD? 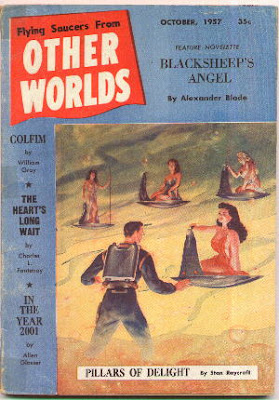 It’s only Sunday morning and Valerie has sent the above and the suggestion that Marilyn was not in fact murdered, but abducted by a retro-UFO (from other worlds, of course) and is, in fact, pictured here – the top figure on the right. What more proof is needed, I ask myself? Of course, Marilyn was still alive when the magazine was published, but time's only relative, right?
Meanwhile, munz emails a link with the message, “thought you might dig these '60s grindhouse cheesecake trailers.”