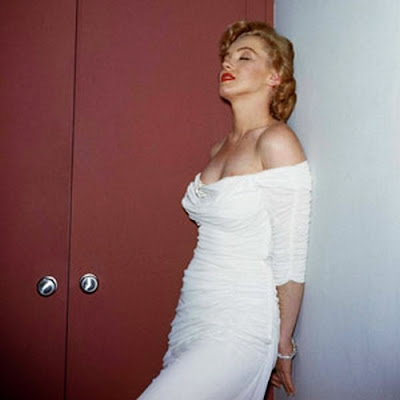 “Is this the portal to idol worship or merely the doors of perception?”

In this week’s LA CityBeat I have a riff on fame, delusion, precocity, Facebook, and death. Also how one must never, ever confuse Anna Nicole Smith with Marilyn Monroe, and nothing always ammounts to nothing no matter how heavily it may be promoted.
(The Harold Lloyd photo was lifted from Tom Sutpen)

WHY DOES THIS MAKE ME UNEASY? 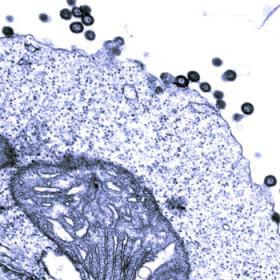 Being in the process of recovering from some flu-like virus, I am hardly thrilled by the report I happened across that recounted how researchers are now doing a Jurassic Park-style resurrection on extinct retroviruses that lurk in our own DNA.

"Although many retroviruses went extinct hundreds of thousands or millions of years ago, researchers studying the pathogens don’t use the traditional tools of paleontologists: They need look only as far as our own DNA. Retroviruses infect cells and replicate by inserting their DNA into their host cell’s genome. If that cell happens to be a germ cell, such as a sperm, an egg or their precursors, then the retroviral DNA is inherited by offspring just like a normal gene. Humans have many defunct retroviruses deposited in our DNA, remnants of ancient retroviruses that replicated in our ancestors millions of years ago. Now, researchers have brought one of those retroviruses back to life." (Now read on…)
The secret word is Fever
Posted by Mick at 2/21/2007 09:47:00 PM 4 comments:

TOO CLOSE FOR COMFORT 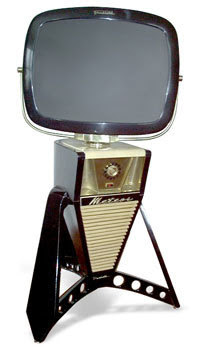 Aeswiren send the following which, in my bleaker moments, I find all too plausible.

NEW YORK (Reuters) - Police called to a Long Island man's house discovered the mummified remains of the resident, dead for more than a year, sitting in front of a blaring television set. The 70-year-old Hampton Bays, New York, resident, identified as Vincenzo Ricardo, appeared to have died of natural causes. Police said on Saturday his body was discovered on Thursday when they were called to the house over a burst water pipe.
"You could see his face. He still had hair on his head," Newsday quoted morgue assistant Jeff Bacchus as saying. The home's low humidity had preserved the body. Officials could not explain why the electricity had not been turned off, considering Ricardo had not been heard from since December 2005. Neighbors said when they had not seen Ricardo, who was diabetic and had been blind for years, they assumed he was in the hospital or a long-term care facility.

What I do wonder, though, is what channel ol’ Vincenzo had the TV tuned to, and since Long Island is hardly famous for its humidity, did he also have an a/c cranked up?

The secret word is Plug

A LITTLE EARLY TO SHOUT "DUCK!" 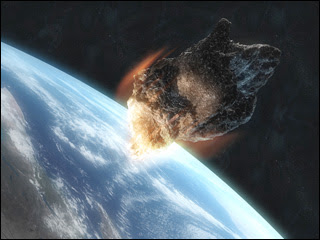 For all of you who find the End of the World totally fascinating, an AOL news report sent over by the lovely and amazing Wend warns that an asteroid may come uncomfortably close to Earth in 2036, and suggests that the United Nations should assume responsibility for a space mission to deflect it. Astronomers are monitoring an asteroid named Apophis. (Stupid and pretentious classical-obscure fucking name, why not call this agent of our demise something like Barry, Fido, or Mrs Thatcher and make the doom of man truly absurd?) Apparently Apophis has a 1 in 45,000 chance of striking Earth on April 13, 2036. (Is that a Friday?) And although 45 thousand to one is hardly Las Vegas odds, it does seem like a reasonable idea to deflect Apophis since, in 2036, I will only be ninety something and – if I’m successful in my efforts to outlive Willie Nelson – I’ll doubtless have much more important things to do than be blown up by a goddamned asteroid like some unfortunate bloody dinosaur. Unless, of course, the Mayan calendar was right after all and everything had already winked into nothingness on December 21st, 2012.