OR IS THIS THE WAY THE WORLD ENDS? 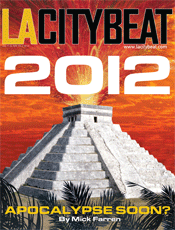 In this week’s LA CityBeat, I attempt to explain everything. Click here!

OR MAYBE THIS IS THE WAY THE WORLD ENDS 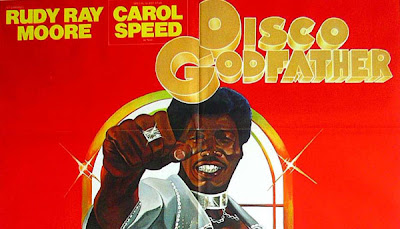 I just couldn’t resist posting this. Along with the blurb from the Cinefamily newsletter that follows. (The Cinefamily are reviving this monster next Saturday at the Silent Movie Theatre here in Hollywood.)

"The one-and-only Rudy Ray Moore aka Dolemite aka Petey Wheatstraw drives the cinema train straight off the tracks with Disco Godfather, the world's only kung fu dance party anti-angel- dust comedy. Rudy stars as an ex-cop turned popular DJ/nightclub owner, who grabs the viewer's attention by the kidneys from his first astounding and jiggly purple-suited entrance. When his nephew gets all strung out on PCP, hallucinating something fierce, he dives headfirst into the equally ridiculously garbed underworld to investigate, to almost no positive effect whatsoever. The film is a trademark heady mix of kick-ass distended elements, a blend of serious anti-drug talk, dance, martial arts and Rudy's repetitive catchphrases ("Put A Little Slide In Yo' Glide" and the truly haunting "Put Your Weight On It!"), which moved one anonymous Internet reviewer to write: "This movie was like witnessing the Civil War. It was loud, hard to understand what people were saying, and downright horrifying."

The secret word is Bad

IS THIS THE WAY THE WORLD ENDS? 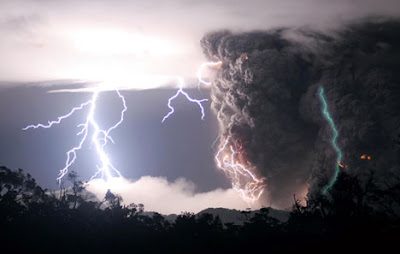 For the past few weeks I have been immersed in the paranormal. I’ve been exhaustively (and exhaustingly) researching all the end of the world prophecies that focus on December 12th , 2012 for a cover story for LA CityBeat. I’ll post that this coming Thursday, and maybe some thoughts on the new regime at the paper. In the meantime, I've attended occult events that have drawn packed houses, I’ve toured brimming quadrants of the internet. I cannot pretend that I’m anything but totally convinced (and Victor Renquist would agree) that a new interest in the metaphysical and the unknowable is on the rise. And I have to say I find that totally understand when the last eight years of supposed normality and reality have come courtesy of the Bush administration and random fascist madmen & madwomen. Then, with my head stuffed full of the supposed truths that are out there, I had one of those almost-falling-asleep experiences when lines of a poem flowed through my head. Elvis Costello has reported similar experiences with song lyrics and he keeps a pad beside the bed. I just turn over and hope I remember in the morning. This is what remained in the morning light. It will probably grow, since I have this nagging feeling that the perception of time underpins the whole phenomenon. (pic from Valerie)

FROGS FALL
DISPLACED FROM A ONCE AND FUTURE POND
SWIRLED THROUGH A TEMPORAL EDDY
TO SLIP INTO AN ALIEN DRAIN
THAT HUMANITY MAY YET EXPERIENCE
(REMEMBER, MY WILD LOVE
FROGS FALL FIRST)

SAIL ON, SEER AND SENSEI
THE WATERS OF TIME
ARE THE KEY

AND IT'S BEEN A WHILE SINCE WE VISITED ELVIS 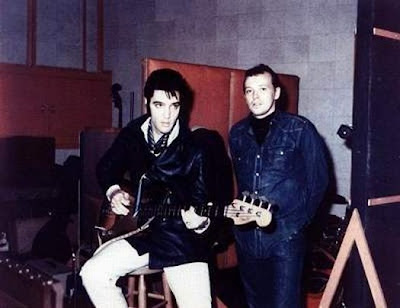 But what better way to follow the paranormal with this truly bizarre clip of an Elvis Presley stadium show in Detroit in 1957? (Sent by BillH)

Or this equally absurd dope story (see yesterday) from Munz.

AND SOME OLD FAVORITES
The road of excess leads to the palace of wisdom. – William Blake

If smoking dope doesn’t damage your brain, why do so many Jamaicans believe a dead Ethiopian is God. – Darius James

When I was in England I experimented with marijuana a time or two, I didn't like it, I didn't inhale it, and never tried it again. – Bill Clinton

I never had trouble with drugs, only with cops. – Keith Richards

Smoking dope and drinking beer is like pissing in the wind. – Lemmy
The secret initials are THC
Posted by Mick at 6/15/2008 03:13:00 AM 3 comments:
Newer Posts Older Posts Home
Subscribe to: Posts (Atom)