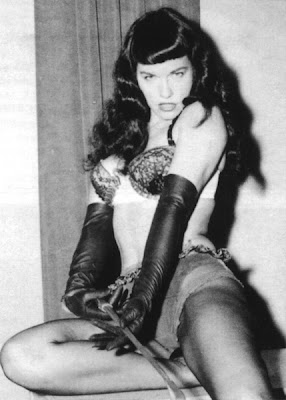 MrMR delivered the bad news…
“Bettie Page, a 1950s pinup known for her raven-haired bangs and saucy come-hither looks, was hospitalized in intensive care after suffering a heart attack, her agent said Friday. "She's critically ill," Mark Roesler of CMG Worldwide told The Associated Press. He said the 85-year-old had been hospitalized for the last three weeks with pneumonia and was about to be released when she had the heart attack Tuesday. Page was transferred to another hospital in Los Angeles and remained in intensive care Friday.” (Click for more.)
Posted by Mick at 12/06/2008 12:40:00 PM 4 comments: 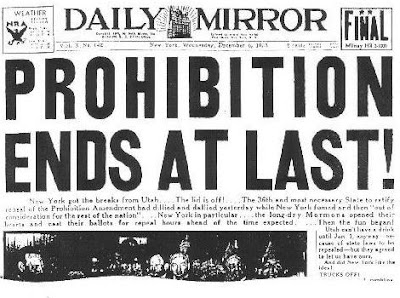 Munz forwarded this note from Dale Gieringer of the Drug Policy Forum of California...

“This Friday, Dec 5th, is a day to toast the 75th anniversary of the repeal of alcohol prohibition. We did it once, we should do it again! Repeal put an end to a decade of prohibition-fueled violence, gangsterism and lawlessness. Alcohol prohibition dates from the same era as drug prohibition, the devastating consequences of which remain with us still: thousands dead in Mexican drug war violence, thousands more victims of prohibition-fueled wars in Afghanistan and Colombia; half a million US prisoners, 800,000 marijuana arrests per year, illicit smugglers, growers in the forest, etc. Alcohol prohibition lasted just 13 years. Next April 1st will mark the 100th anniversary of the first national drug prohibition law, the Opium Exclusion Act of 1909. The time is long overdue for a serious debate on repealing obsolete, last-century, prohibitionist drug laws.” (Click here for more.)

The secret word is Insanity 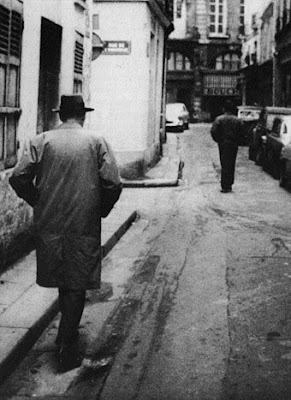 DETROIT STILL DOESN'T GET IT 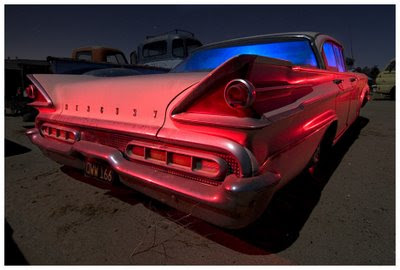 As the heads of the Big Three auto companies beg the Senate Banking Committee for their bailout, the United Auto Workers express willingness to make concessions, sacrificing job security and retiree health care to keep General Motors and Chrysler out of bankruptcy. But that doesn’t seem to be good enough for the Motor City moguls who, to sweeten the deal with the government, are busily promising massive layoffs and cuts in the labor force. These bastards seem simply too stupid to get the message. The whole point of the Obama New Deal-style recovery plan is to create jobs, and put cash in the pockets of workers to prime a new consumer cycle. There is no auto industry if the guys on the line aren’t paid enough to buy the goddamned cars. Henry Ford knew that, but seemingly his successors can’t grasp the concept.

The secret word is Nationalize

THE ADVENTURES OF MARILYN (Supplemental) 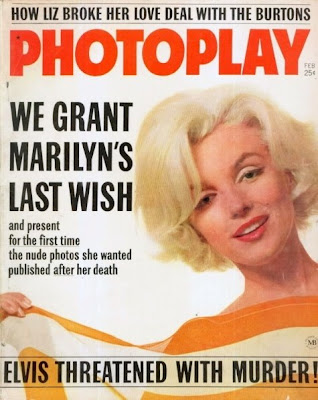 In which Marilyn accidently arrives in a new dimension, spots the magazine on a newsstand, and exclaims in horror. “Oh my god, I’ve already died in this reality stream – and not only that, but they’re also trying to murder Elvis. What the hell should I do now?”

(Tom Sutpen who runs the amazing blog If Charlie Parker Was A Gunslinger There’d Be A Whole Lot Of Dead Copycats, kindly posted a link to The Adventures Of Marilyn which brought in a whole lot of new traffic. Welcome newcomers and if you like our Marilyn narrative, there’s a whole lot of episodes when you scroll back looking for the pink type.)

JUST ANOTHER DAY IN LA #1 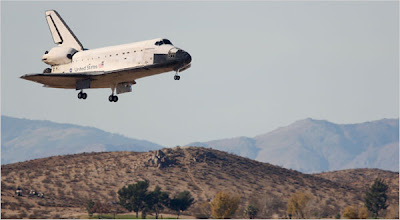 On Sunday, I sat pensive at the computer when a short, sharp, physical shock shook the windows and rattled the walls of my apartment. A boiler exploding? A bomb? A terrorist attack? I had become accustomed to the sound of bombs during the 1970s when the Provisional IRA were planting infernal devices around London. This shock seemed too short and sharp. What the fuck? Which remained the question until I later learned it was a sonic boom created as the space shuttle Endeavour landed on Runway 4 at Edwards Air Force Base after its 16-day assembly mission at the International Space Station. It had been diverted from a planned landing in Florida by low clouds and high crosswinds at the Kennedy Space Center.

JUST ANOTHER DAY IN LA #2 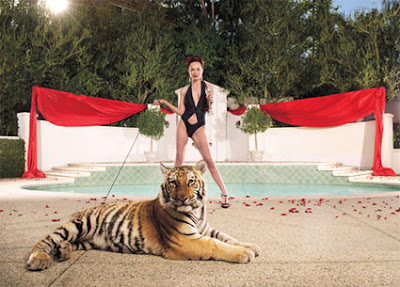 On another planet called Beverly Hills, just twenty minutes drive from the world that I inhabit, a woman called Constantina, who describes herself as a philanthropist and singer – and seemingly has her own brand of lipstick – plays with her tiger in her backyard. While I wholly support everyone’s total right to free expression, this does look a lot like how the French Revolution got started.

The secret word is Guillotine

JUST ANOTHER DAY IN LA #3

A thick, Hammer-Films fog here in Hollywood made Monday night’s unusual configuration of Venus, Jupiter and the Moon invisible from what the local news like to call “the Southland”, but, when I saw it on TV, in my own tiny subjective scintilla of the multiverse, it seemed to be a benign exit portal for my old friend.
Posted by Mick at 12/03/2008 10:53:00 AM 3 comments: 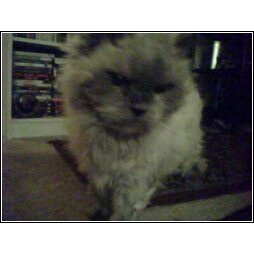 Newton, my cat and companion of almost twenty years, died peacefully in his sleep this morning just as the dawn was breaking. He was very old and I will miss him terribly. We had shared so many adventures. At one and the same time, there is so much more to say, but I’m hardly ready to say it. I’m just happy that he was at home and I was there.
Posted by Mick at 12/02/2008 10:10:00 AM 28 comments: 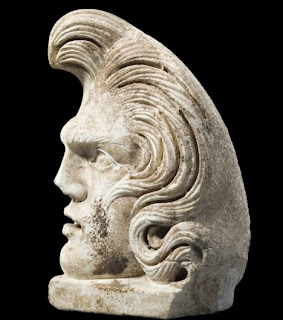 Our pal Peromyscus sent over the following oddity…

“With his dashing chiseled features, swept back hair and perky bouffant the resemblance is unmistakable. But incredibly this carving of Elvis Presley was created around 1800 years before the King of Rock and Roll first warbled his first note. The amazing likeness has come to light as part of a sale of ancient antiques by the auction house Bonham’s. The Roman Elvis is in fact a genuine marble acroterion - a kind of architectural ornament often found for decoration on the corners of a sarcophagus, a stone tomb or burial chamber.” (Click for more)

This is not, however, the first time I’ve come across this kind of thing. I remember claims that the famous statue “The Discus Thrower” by Myron from around 400 BC – currently residing in the Museo Nazionale Romano – had a profile that matched that of Elvis, and the same for Michelangelo’s “David” pictured here.
The secret word is Eternal
Posted by Mick at 11/30/2008 02:27:00 PM No comments:

THE ADVENTURES OF MARILYN (Part 777)


In which Marilyn confronts the Inner Circle of the Secret Legion. She positions herself with her back to the fireplace, and with a picture of the Dowager Empress at her elbow. Speaking nervously at first, but with increasing authority, she makes her demands. “You have left me without any form of logistic support. I have no supplies, no food or ammunition, no replacements, no gasoline for my tanks, and communications constantly fail. My temporal grinders are down to their nubs, I barely have enough fusion power to reach the end of the episode, the Reality Generators fail, the Mugwumps revert to loathsome originality, and the towers do not open fire. I have to warn you if this situation is permitted to continue, I will have no option but to switch my allegiance to The Dionysian Federation, and you all know what that would mean.”
The ultimatum causes uproar. The Inner Circle of the Secret Legion vocally protests. “Blonde Goddess, such a realignment would fly in the face of everything you stand for.”
At this, Marilyn’s expression is bleak. “Gentlemen, you have no idea what I might stand for.”