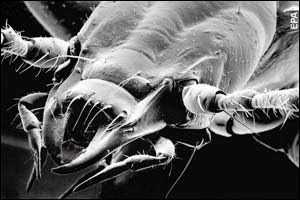 Did I is say recently that the Pentagon was getting out of hand? Well Jesus H. Christ on a Harley, this is beyond all reason. The story comes from the London Daily Telegraph. I’d say more, but I've a evil deadlines, and have not had the time of late to write a whole lot of original thoughts for Doc40 (or put a new selection of tunes on DOCTUBE). But this has to be something to contemplate…

"Insect 'spies' fitted with video camera implantsBy Sophie BorlandScientists are creating real-life "flies-on-the-walls" by fitting insects with special implants that enable them to be used as spies. The creatures are being installed with special electrodes, batteries and even video cameras that enable them to be remote-controlled and used for surveillance. The US Defense Advanced Research Projects Agency is currently experimenting by inserting tiny brain probes into insects such as moths and beetles whilst they are still in the pupa stage. As the creature develops, the implants are naturally incorporated into their body enabling them to send back information to a central computer. The insects, known as "cyborgs", are thought to have many benefits over robots as they would be almost indistinguishable from any other animal. Researchers working for the US military believe they could eventually be used in hostage situations or sent to enemy barracks. They are hoping to engineer insects that could fly up to 300 feet away and then stay in a particular place until they are commanded to leave again.According to New Scientist, which has reported on the developments, "The next time a moth lands on your window sill, watch what you say. "It may look like an innocent visitor, irresistibly drawn to the light in your room, but it could actually be a spy - one of a new generation of cyborg insects with implants wired into their nerves to allow remote control of their movement."Be warned, flesh-and-blood bugs may soon live up to their name."Larger creatures such as rats, pigeons and sharks have also been installed with spy devices by the US military with varying levels of success. Rats have been implanted with electrodes in their brains to control their movement and they have then been trained to sniff out particular scents such as human bodies and explosives. Sharks are said to be particularly useful as they have a remarkable sense of smell that allows them to detect very faint scents of chemicals. Who's watching you? Insects will be fitted with tiny cameras to be useD as spies"

NOW WHEN DID YOU LAST SEE A PICTURE OF AYN RAND WITH MICROPHONES? 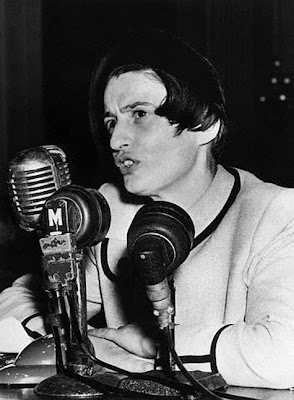 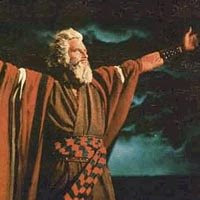 When I read this report for Yahoo News (thanx Munz), I laughed, then I laughed some more, then I coveted my neighbor’s ass and gravened some images..

"High on Mount Sinai, Moses was on psychedelic drugs when he heard God deliver the Ten Commandments, an Israeli researcher claimed in a study published this week. Such mind-altering substances formed an integral part of the religious rites of Israelites in biblical times, Benny Shanon, a professor of cognitive psychology at the Hebrew University of Jerusalem wrote in the Time and Mind journal of philosophy. "As far Moses on Mount Sinai is concerned, it was either a supernatural cosmic event, which I don't believe, or a legend, which I don't believe either, or finally, and this is very probable, an event that joined Moses and the people of Israel under the effect of narcotics," Shanon told Israeli public radio on Tuesday. Moses was probably also on drugs when he saw the "burning bush," suggested Shanon, who said he himself has dabbled with such substances. "The Bible says people see sounds, and that is a clasic phenomenon," he said citing the example of religious ceremonies in the Amazon in which drugs are used that induce people to "see music." He mentioned his own experience when he used ayahuasca, a powerful psychotropic plant, during a religious ceremony in Brazil's Amazon forest in 1991. "I experienced visions that had spiritual-religious connotations," Shanon said. He said the psychedelic effects of ayahuasca were comparable to those produced by concoctions based on bark of the acacia tree, that is frequently mentioned in the Bible."

The secret word is Shalt
I also have a witty little piece in this week's LA CityBeat that considers the president primaries as if they were a soap opera.
Posted by Mick at 3/06/2008 12:56:00 AM 2 comments: 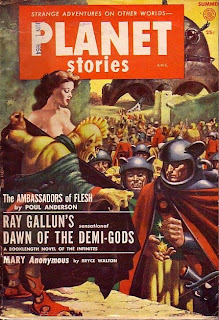 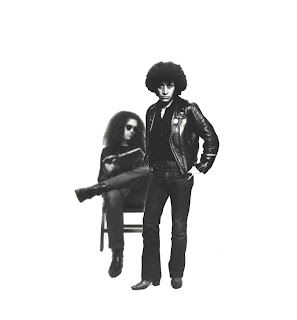 As I think I have already mentioned somewhere back down the line how our pal Rich Deakin has just had a book published called Keep It Together, which recounts the whole hideous tale of The Deviants and The Pink Fairies. I’m not super fond the front cover. (The sight of Twink naked never did much for me.) Larry Wallis and I were somehow relegated to the back cover, so it seems only apt to redress the balance by posting the picture of us. Ken Shimamoto has just written a glowing review. And copies can be obtained from The Bomp Store. Oh yeah, and I wrote the introduction. 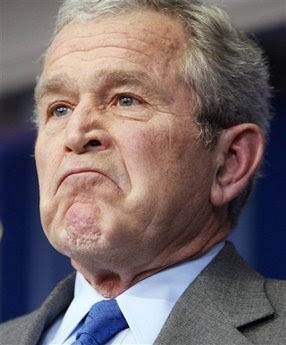 END OF THE WORLD UPDATE 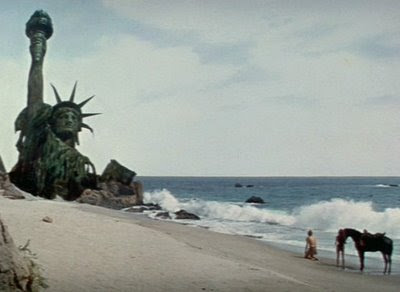 As if the Mayan calendar and late Terence McKenna’s Time Wave Zero theory weren’t enough (scroll back to Feb 8), now see what NASA is tossing into the strew that’s brewing around the year 2012.

"On January 4, 2008, a reversed-polarity sunspot appeared—and this signals the start of Solar Cycle 24," says David Hathaway of the Marshall Space Flight Center. Solar activity waxes and wanes in 11-year cycles. Lately, we've been experiencing the low ebb, "very few flares, sunspots, or activity of any kind," says Hathaway. "Solar minimum is upon us." The previous solar cycle, Solar Cycle 23, peaked in 2000-2002 with many furious solar storms. That cycle decayed as usual to the present quiet leaving solar physicists little to do other than wonder, when would the next cycle begin? "Intense solar activity won't begin immediately," notes Hathaway. "Solar cycles usually take a few years to build from solar minimum (where we are now) to Solar Max, expected in 2011 or 2012." (For the full story)

A three-month-old polar bear named Wilbär is being raised by its mother in Stuttgart, Germany, the city's zoo has revealed after keeping the news secret since his birth. (Click for video)
Posted by Mick at 3/02/2008 07:20:00 PM 1 comment:
Newer Posts Older Posts Home
Subscribe to: Posts (Atom)