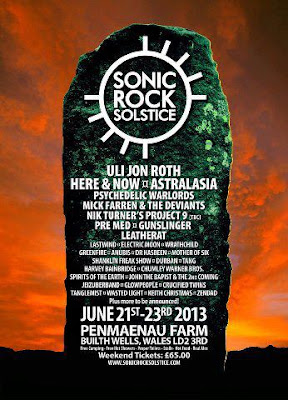 Seemingly the summer fun starts here. It’s funny to think about June with snow in the garden.

I couldn’t find a decent song about June. Would you settle for May? Click here

The secret word is Monolith 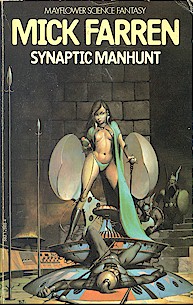 People seem to be writing nice things about me. I stumbled across this on an old io9

“For a speculative fiction ride of sex, drugs, and rock&roll that's less experimental (ahem, easier to read), I prefer Mick Farren, singer of the proto-punk band The Deviants, White Panther Party member, and Elvis scholar. Out of print, but well worth the hunt, are his multiverse romps in The DNA Cowboys Trilogy and Necrom, some truly weird fun shit. The dimension-tripping demon Yancey Slide from those adventures also turns up in the more recent Kindling and Conflagration He also wrote the Victor Renquist novels, a series of vampire novels that aren't totally lame. 2002's Underland has the CIA, vampires, and Nazis duking it out with flying saucers in the Hollow Earth beneath Antarctica. Yeah. Hell, just track down anything you can by Mick Farren.”

While this was on Disinformation (and I was alerted to it by our good pal Rich Dana of Obsolete.)

“Truthfully, I wasn’t even totally stoked on Illuminatus. Kind of thought it was structured almost intentionally lazily which gave him (and Robert Shea) the ability to write down whatever thoughts happened to pop into their heads while they were stoned with zero regard for structure. Because of that I would actually recommend the much more underrated DNA Cowboys Trilogy by Mick Farren if you’re into this sort of epic mindfuckery. Mick Farren is crazy under-appreciated, just saying.” 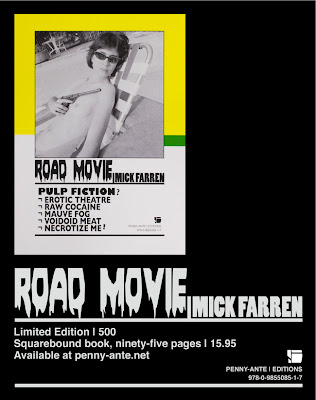 If you want to make me feel more appreciated you could always buy on of these.

ONE WAY TO BEAT THE CCTV 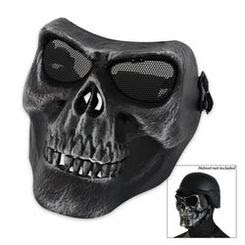 I found this on one of the more aggressive mail order operations that hit my inbox. 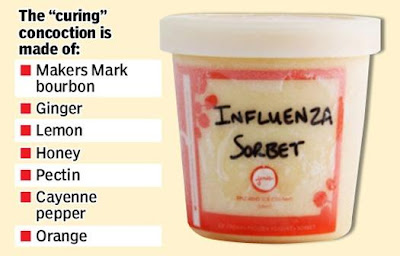 It’s amazing what you find on the interwebs.although Maker's Mark isn't my favourite bourbon.

“A small-batch ice-cream company claims to have scooped up a cure for the worst epidemic in years — a bold new flavor called “Influenza Sorbet.” The virus-soothing treat — made by Jeni’s Splendid Ice Creams — blends Maker’s Mark bourbon, lemon and cayenne pepper to mimic an old family flu remedy. The dessert, which sells for $12 a pint, includes ginger and honey. Owner Jeni Britton Bauer, who operates Manhattan ice-cream trucks, says it eases sore throats and clears up nasal passages.” 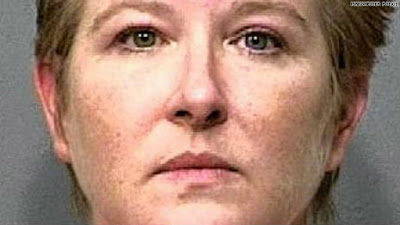 “Take a good look at the face of Lisa Biron, a New Hampshire attorney who provides pro bono legal work for the anti-LGBT Christian group, the Alliance Defense Fund, a coalition of Christian lawyers. Fighting gay rights and woman’s reproductive rights are the main focus of the group’s litigation.
Biron has been found guilty—it took a jury just one hour to convict her—on eight felony charges involving child endangerment and producing child pornography. Via WMUR:
“A Manchester lawyer has been found guilty of exploiting a 14-year-old girl to produce child pornography, The Associated Press reported. Lisa Biron, 43, was accused of videotaping the girl having sex with two men. Biron faced eight federal indictments on charges of child sexual exploitation, transporting a child across state lines to produce child pornography and possession of child pornography, and was convicted on all of them after the jury deliberated for less than an hour. The trial began Wednesday, with prosecutors calling to the stand two men who said Biron videotaped them having sex with the 14-year-old. The final witness for the prosecution was an FBI agent who specializes in computer forensics. He testified that he retrieved pornographic images from a computer that had Biron listed as the owner. He said a confiscated iPhone also had a sexually explicit video involving the girl.”
According to the Joe.My.God blog, as Biron was being led away post-sentencing, she was overheard speaking to her father and blaming her 14-year-old victim, saying that “she had a part in this” 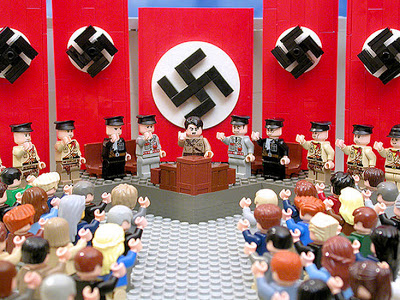 AS IF JUNKIES DIDN’T HAVE ENOUGH TROIBLES 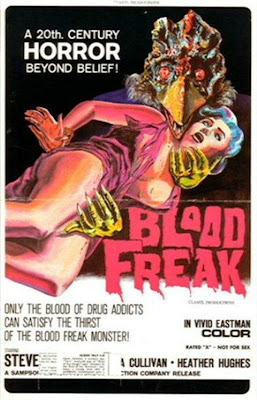 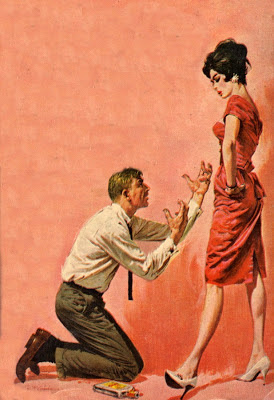 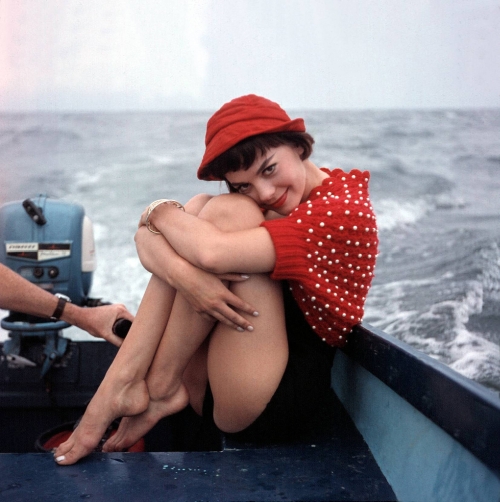 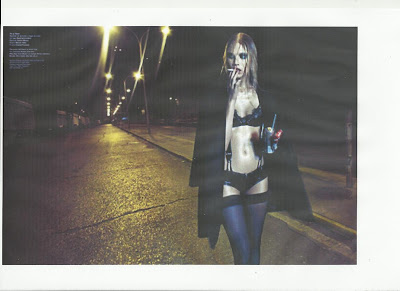 Did you ever have one of those lost and out-of-focus mornings when you wish it was still Saturday night? Or have we put all that behind us?

BUT LITTLE TOMMY WILL SAVE US ALL 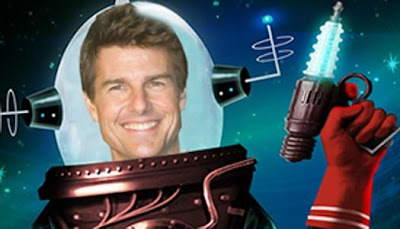 This will probably get me on some Scientology shitlist.

“Tom Cruise will save the world from aliens — not on the big screen but in real life.
His day job as an actor pales next to the billion-year contract of service he signed with the Church of Scientology, according to a bombshell new book, “Going Clear: Scientology, Hollywood & The Prison of Belief.” New Yorker writer Lawrence Wright details Cruise’s demigod status within the church, as well as the group’s ultimate purpose — protect humanity from aliens living in our bodies, who are bent on destroying us and ultimately the planet. Cruise was introduced to the religion when he was 23 years old by his then-girlfriend, actress Mimi Rogers. Seven years his senior, Rogers was an avowed member of Scientology; they married in 1987. Cruise was quickly intrigued, but he kept his initial participation low-profile. He began undergoing “auditing” — a process in which church members are queried about every aspect of their lives — under his given name, Thomas Mapother IV. It took several years for church leaders to realize that for all of their celebrity acolytes — including John Travolta, Priscilla Presley, Kirstie Alley, Kelly Preston and Sonny Bono — they had a true superstar at their disposal.
Cruise would later come to believe that in the hierarchy of Scientology, he was No. 3, behind only the founder, the late L. Ron Hubbard (known as LRH) and No. 2 David Miscavige, who goes by COB, for Chairman of the Board of the Religious Technology Center.” Click here for more (although it is from the NY Post.) 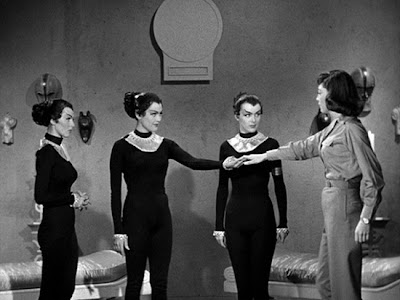 Lois Lane Frozdick, despite her height, was warmly welcomed to the Galactic Sisterhood.
Posted by Mick at 1/13/2013 09:51:00 AM No comments: 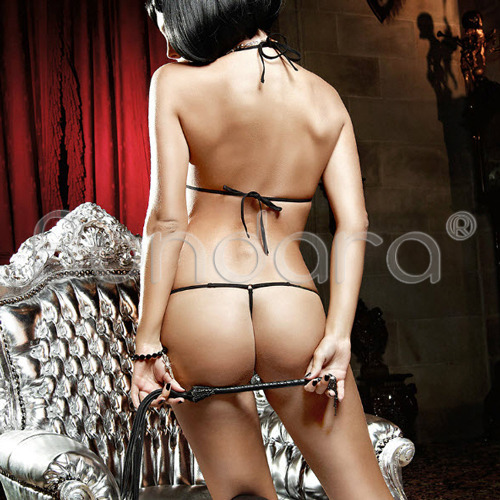