DEATH DON'T HAVE NO MERCY IN THIS LAND 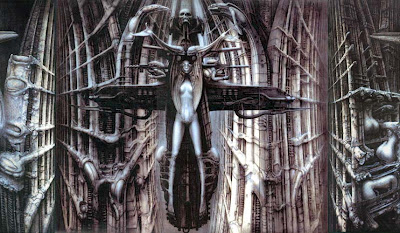 And here’s something of a tribute. (Via Noudela)
I intend to post more later, but I didn’t want to wait on this. The old guard are going fast. And I don’t feel so well myself. But now, more than ever, we really must continue no matter how tempting dreamless oblivion may become. 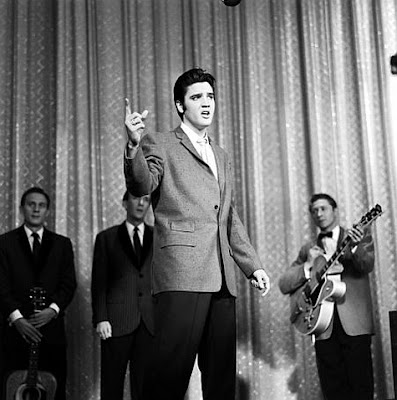 “Hell, what do I know. I’ve been dead thirty years and still sell records.”

Kass sent over this report. It does, however, emanate from Fox Noise so there may be more to the slant. The same report was also heavily down on Britney Spears Blackout CD that has now shown up in the Billboard charts at #1.
"Clear Channel seems to have sent a clear message to other radio outlets that at age 58, Springsteen simply is too old to be played on rock stations. This completely absurd notion is one of many ways Clear Channel has done more to destroy the music business than downloading over the last 10 years. It’s certainly what’s helped create satellite radio, where Springsteen is a staple and even has his own channel on Sirius. It’s not just Springsteen. There is no sign at major radio stations of new albums by John Fogerty or Annie Lennox, either. The same stations that should be playing Santana’s new singles with Chad Kroeger or Tina Turner are avoiding them, too.”

I’m not certain that it’s just a matter of simple ageism. Clear Channel is essentially run by corporate suits who know little about music, and like to keep it that way. They also hate the whole idea of diversity because its untidy and unpredictable, and only really want to be assured that they have a universal and standardized formula that will attract what they believe is the crucial 18-45 (or whatever) key demographic. With Clear Channel one also has to look for an underlying political motive and, in this instance, I think they would rather see the whole 1960s-70s generation with its independent thinking and pinko-socialist ideas just fuck off and die because, philosophically, they are just too noisy and high maintenance. But we won’t, fuck, it. On the other hand, does anyone really want to do like The bloody Eagles and sell a million and some units exclusively through Wal-Mart.

The secret word is Fluff

And this is Elvis

GLOBALLY, THE BAD NEWS IS WORSE 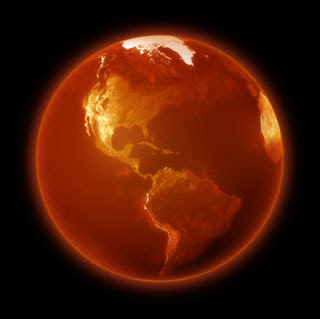 This story from Scientific American makes for extremely dire reading…
“Since 1987 annual emissions of carbon dioxide—the leading greenhouse gas warming the globe—have risen by a third, global fishing yields have declined by 10.6 million metric tons and the amount of land required to sustain humanity has swelled to more than 54 acres (22 hectares) per person. Yet, Earth can provide only roughly 39 acres (15 hectares) for every person living today, according to the United Nation's Environmental Program's (UNEP) Global Environmental Outlook, released this week. "There are no major issues," the report's authors write of the period since their first report in 1987, "for which the foreseeable trends are favorable.” (For the rest)
Posted by Mick at 11/08/2007 06:09:00 PM No comments:

OLBERMANN OPENS UP ON BUSH AND JAILTIME

Yesterday on his MSNBC show Countdown Keith Olbermann delivered what he called a “special commentary” accusing George Bush of now only being concerned with holding on to power for its own sake while keeping his sorry ass out of jail. Powerful stuff.

"It is a fact startling in its cynical simplicity and it requires cynical and simple words to be properly expressed: The presidency of George W. Bush has now devolved into a criminal conspiracy to cover the ass of George W. Bush. All the petulancy, all the childish threats, all the blank-stare stupidity; all the invocations of World War III, all the sophistic questions about which terrorist attacks we wanted him not to stop, all the phony secrets; all the claims of executive privilege, all the stumbling tap-dancing of his nominees, all the verbal flatulence of his apologists...All of it is now, after one revelation last week, transparently clear for what it is: the pathetic and desperate manipulation of the government, the refocusing of our entire nation, toward keeping this mock president and this unstable vice president and this departed wildly self-overrating attorney general, and the others, from potential prosecution for having approved or ordered the illegal torture of prisoners being held in the name of this country. (For the rest) 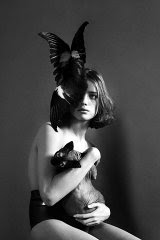 THE BANNER SAYS IT ALL 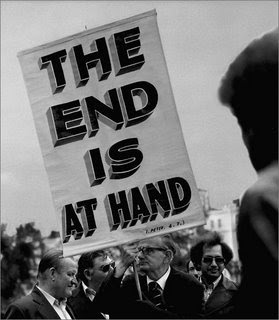 Yesterday I wanted a day off. Maybe it’s now just a variation on Monday madness, but I find myself looking a pieces of what would appear to be a hideous jigsaw puzzle. Pakistan is obviously a part of it. A nuclear power with Al Qaeda in the mountains moves murderously towards military dictatorship as Musharraf suspends the Pakistani constitution and rounds up the intellectual opposition. This analysis seems good as far as it goes, but fails to factor in enough of nuclear India. Then another piece of the puzzle is the nagging idea that Musharraf could provide a template for Bush/Cheney holding onto power as their term in office legally draws to a close, except Bush has alienated the Joint Chiefs and so he must build up Blackwater – who now have their own intelligence agency – to run his coupe for him. And then I hear rumors of a drug made from fermented raw sewage that I don’t think even I would sample

And I really don’t want to put it all together. It could be the measure of my tether. Do we really have to tale our ivory handled Colts out of storage (the ones that now make us feel guilty about the elephant) and once again head for the metaphoric OK Corral? So, to buy myself as little time to procrastinate, I take refuge in the comfort of punk. Here are The Ramones, and also The Sex Pistols.

The secret word is Blitzkrieg 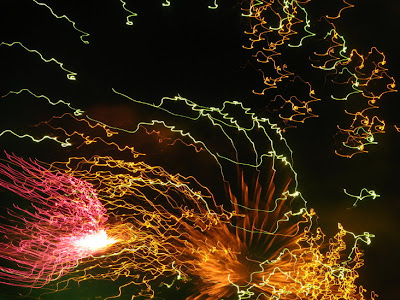 And I also miss Guy Fawkes Night, (and wondering if we celebrated him because he failed to blow up Parliament and King James I, or because he tried) and all the brands of fireworks of my youth -- Paynes, Brocks, Standard, Wessex, the Air Bomb, the Mine of Serpents, the penny banger, the Mt. Etna, the Emerald Mine, the smell of gunpowder and treason in the air. But for all I know, the UK nanny state has made it all illegal. (Actually the pic is of Barcelona fireworks sent by Valerie.)

WORKERS OF THE WORLD UNITE, BUT THIS ONE NEEDS A DAY OFF 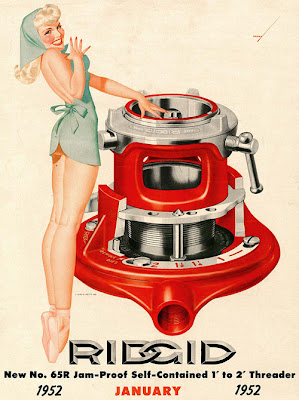 It seems like I’ve been staring at this computer since at least the pre-Cambrian period – or perhaps last Tuesday – but even though nuke-packing Pakistan seems to be in the throws some military coupe in drag and Ms. Bhutto may well be assassinated and India will go to it’s Hindu version of DEFCON 1 and the Citigroup CEO just quit after losing billions, and what’s poor Stephen Colbert going to do now his two dozen writers are on strike, I refuse run around like Chicken Little until at least tomorrow because I’m just plain tired.

Meanwhile Kass has sent us a disturbing report of how, as if things weren’t bad enough, the Congress has sanctioned some idiotic program to fuck with the weather. But Noudela sent me a clip of Neil Young singing Like A Hurricane which seems appropriate. So now I think I’ll go and become a vegetable. Or maybe have a V8. (Sigh.)

The secret word is Wolf 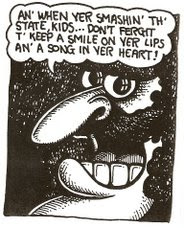