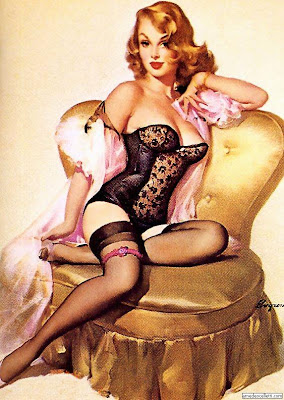 “Remember what Marx taught us, comrades. Capital is reckless of the health or length of life of the laborer, unless under compulsion from society.”
Posted by Mick at 1/10/2009 07:31:00 PM 1 comment: 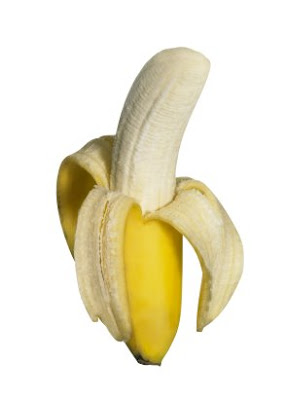 Two days ago we were discussing bananas in the context of the Elvis Presley sandwich. Now Johann Hari, writing on Huffpo, tells us the days of the jolly yellow, phalic fruit may well be numbered.

“Bananas are dying. The foodstuff, more heavily consumed even than rice or potatoes, has its own form of cancer. It is a fungus called Panama Disease, and it turns bananas brick-red and inedible. There is no cure. They all die as it spreads, and it spreads quickly. Soon - in five, 10 or 30 years - the yellow creamy fruit as we know it will not exist. The story of how the banana rose and fell can be seen a strange parable about the corporations that increasingly dominate the world - and where they are leading us.”

Banana production also turns out to be of a model of capitalism at its most viciously merciless.

"Find a poor, weak country. Make sure the government will serve your interests. If it won't, topple it and replace it with one that will. Burn down its rainforests and build banana plantations. Make the locals dependent on you. Crush any flicker of trade unionism. The term "banana republic" was invented to describe the servile dictatorships that were created to please the banana companies. In the early 1950s, the Guatemalan people elected a science teacher named Jacobo Arbenz, because he promised to redistribute some of the banana companies' land among the millions of landless peasants. President Eisenhower and the CIA (headed by a former United Fruit employee) issued instructions that these "communists" should be killed, and noted that good methods were "a hammer, axe, wrench, screw driver, fire poker or kitchen knife". The tyranny they replaced it with went on to kill more than 200,000 people.” (Click here for more.)

(And maybe proving the reality of karma, the politicization of Che Guevara actually took place when he was in Guatemala City during the CIA overthrow of Arbenz.) 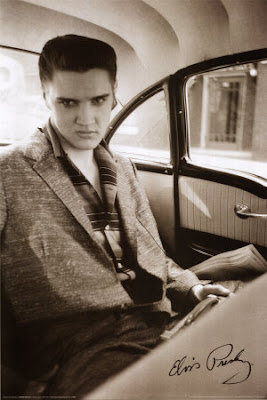 Here at Doc40 we usually celebrate the birthday of Elvis Presley, but today has been such a mess from hell there isn’t much celebrating going on. (Maybe more after I’ve had a drink. To cap it all we had a small earthquake a moment ago.) Elvis shares a birthday with Stephen Hawking, and Soupy Sales, and also David Bowie (who was once in the band Tin Machine with Soupy’s sons Hunt and Tony Sales) but I’ve never been totally convinced that David really had the same birthday as Elvis.
In other news, I just learned from our pal Joly that Twink (if you don’t know who he is it doesn’t matter) has converted to Islam and taken the name Mohammed Abdullah. I ask myself if he’s headed for the DHS no-fly list.
Posted by Mick at 1/08/2009 07:56:00 PM 2 comments:

BUT WHAT BETTER WAY TO MARK THE NATIVITY OF THE KING THAN WITH A GREASY SANDWICH? 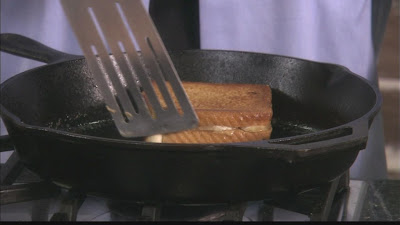 I believe this recipe for the legendary peanut butter and banana sandwich is the first recipe ever to feature on Doc40. (Suddenly we’re a cooking show.)

Take...
2 slices of white bread toasted on one side.
2 tablespoons of smooth peanut butter
1 small ripe banana mashed
2 tablespoons bacon fat
Spread the peanut butter on the untoasted side of one slice of bread and the mashed banana on the other. Press the slices gently together. Melt the bacon fat over low heat in a small frying pan. Place the sandwich in the pan and fry until golden brown on both sides. Repeat.

The secret word is Skillet 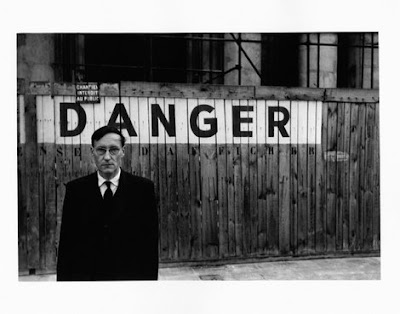 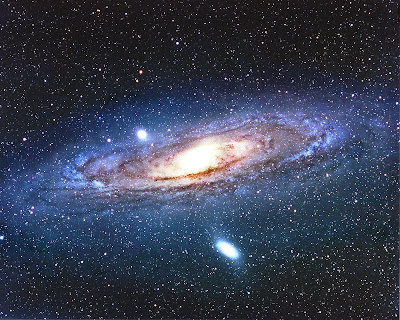 Our pal Bernard sent this item from The Guardian in London
“The white band of the Milky Way is visible on a clear night, but the Andromeda galaxy is more than 2m light years away and rarely seen by the naked eye. They are hurtling towards each other at a million miles an hour and could meet within fewer than 4 billion years - but it is highly unlikely that planets or stars from Andromeda will hit those in the Milky Way. The space between them is equivalent to a football field between grains of sand. While the stars and planets will pass each other, clouds of dust and gas will smash into one another, creating enormous shockwaves that force particles together so violently they form new stars.”

Click here for a simulation of galaxy crash, and here for a longer one.

The secret word is Wow!

SMOKE IF YOU GOT ‘EM 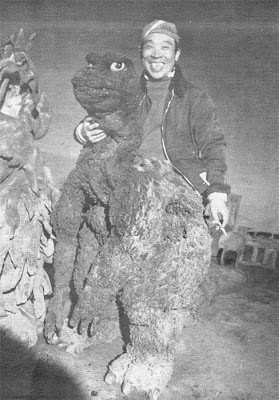 The actor on the Godzilla suit takes a break for a cigarette. The picture quality is rotten but the concept is infinite.
Posted by Mick at 1/07/2009 04:48:00 PM 5 comments: 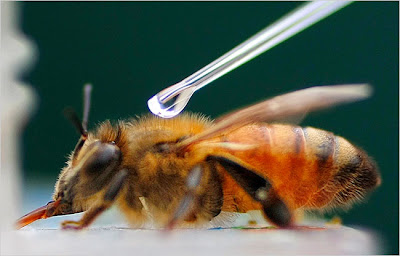 Munz sent us this fascinating item…
To learn more about the biochemistry of addiction, scientists in Australia dropped liquefied freebase cocaine on bees’ backs, so it entered the circulatory system and brain.
The scientists found that bees react much like humans do: cocaine alters their judgment, stimulates their behavior and makes them exaggeratedly enthusiastic about things that might not otherwise excite them.
The bees however would seem to be cheap dates where coke is concerned. A gram will keep a bee happy for two years. (Click here for more) 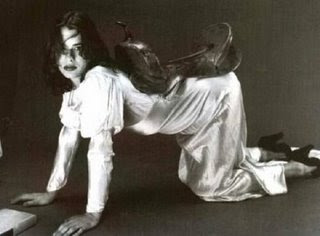 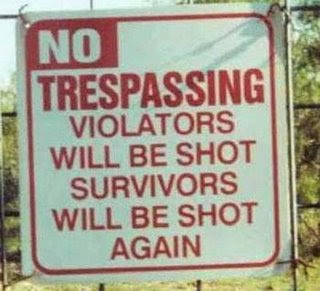 WHO'S MINDING THE STORE? 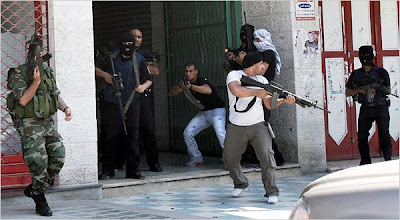 A massive rift in the way the US political system functions in the 21st century has finally been revealed. Maybe the fact that the country remained effectively leaderless for some two and a half months following a presidential election didn’t matter in the days of stage coach, railroad and the telegraph, but, in the brave new electronic century, when every nano-second counts, a superpower cannot simply drift on the tide of events with no one minding the store. With two more weeks still to go before Barack Obama is inaugurated, we have already seen the militantly lame duck Bush administration do everything it can to booby trap the future with their legislative scorched earth tactics, seven hundred billion dollars of public money has been effectively disappeared into the banking system, while the global economy still spins to perdition, and now Israel using this weird post-election dead zone to go a-howling into Gaza with artillery blazing. And few days still remain in which Dick Cheney can destroy the planet.
How is it we never noticed this before? The answer is that 2008/9 is the first smooth transfer of presidential power in the 21st century. In 2000/1, the hung election and the Florida recount filled up the dead air between November and January as they went all the way to the Supreme Court. In 2004/5, of course, Kerry failed to unseat Bush and no power was transferred. This is the first time the world and the White House has had the full chance to do their worst.
Can this be rectified? Who the hell knows apart from a handful of constitutional scholars. But obviously something needs to be done or everyone from the Taliban to the Somali pirates will be well aware that when America changes presidents there’s a seventy-five day window to wreak all manner of havoc. (Or maybe it doesn’t matter because capitalism has collapsed already, but is too dumb to lay down.) 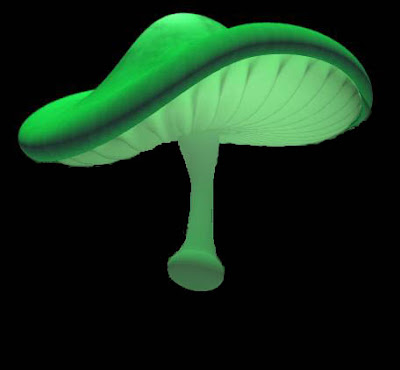 Lucy sent over this report on a Johns Hopkins study on magic mushrooms. It’s from CNN but surprisingly balanced. (And there's extra stuff on the end.) Click here. 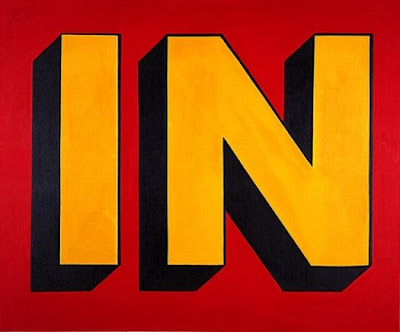 The secret word is Oblique 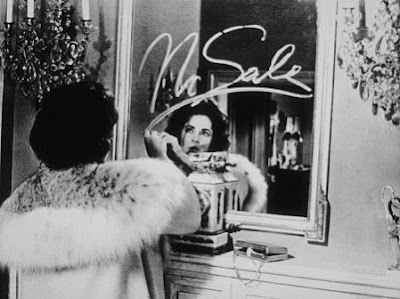 REMEMBRANCE AS AN AVOIDANCE OF REALITY 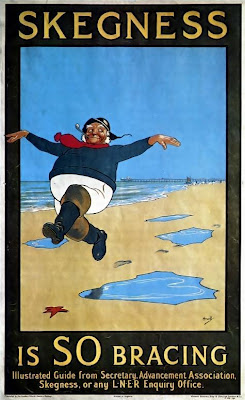 This may require some explanation.
When I saw this image on a visit to one of my favorite websites – If Charlie Parker Was a Gunslinger, There'd Be a Whole Lot of Dead Copycats – my memory was forcibly prodded into a long-gone haze of what could only have been late infancy, or at least to a time when I had just started to read. I can recall such posters on the platforms of British railway stations as my mother and I waited for the 10.25 to grandmother’s house (change at Paddington) and destinations of that ilk. Even as a child, I can recall finding something insinuatingly grotesque about the ancient fat mariner leaping a sand puddle and a starfish in his rolled down boots, and the slogan “It’s SO bracing!” I think the poster alone was enough to engender an innate and lifelong resolve to avoid Skegness unless actually paid to go there. I’m sure it’s a very nice town, but the poster was just too much.
I have much clearer memories of teenage, Goon Show/Bonzo Dog shock parody my with school buddies whenever the name Skegness was mentioned, and our dismay at what had once been our oppressed elders’ benighted idea of enjoyment. To advertise a vacation resort as “bracing” was surely only something the English, in the pre-Elvis cultural poverty of the 1950s, could come up with. The idea that one might find satisfaction walking in a raw wind that was whipping of the North Sea, after blowing all the way from the frozen fiords – with nothing more than pints of stout and mild, cod and chips, and the Beverly Sisters at the Pier Pavilion after the exercise – was incalculable to a generation that aspired to cocktails in semi-tropical cabana while girls in Brigitte Bardot bikinis walked by. Even that early there was a vast gulf of consciousness.

But why do I bring up all these yesterdays, and why now? I guess because this is the last Sunday of idleness until the full horror of 2009 really kicks in. Tanks are supposedly rolling into Gaza, another fire is being extinguished with gasoline, more slaughter is underway, but I’m trying to avoid thinking about that – and all the other New Year slings and arrows – for another 24 hours.

The secret word is Coward 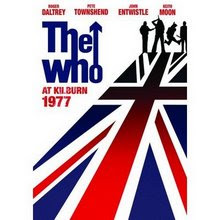