AND WE MAY NEED THE DRUGS BECAUSE, SURE AS SHIT, THE OIL’S RUNNING OUT 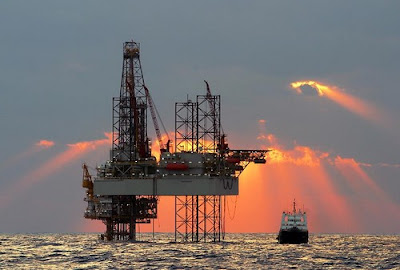 Our pal aeswiren writes – “Our civilization is sleep walking towards the cliff. Calm rising fears and drive home afterwards seems to be the modus operandus. In the US, major media have still not brought themselves to even consider discussion of this. And in just a few years, we will hit shortages. You can imagine what that's going to be like.”

“February 10, when the UK Industry Task Force on Peak Oil and Energy Security issued a report called "The Oil Crunch: A wake-up call for the UK economy." I only mentioned it in passing at the time, but it was a stern warning that "oil shortages, insecurity of supply and price volatility will destabilise economic, political, and social activity potentially by 2015." The British government, including energy minister Lord Hunt, responded by staging a closed-door summit meeting with the taskforce on March 22. As the UK's Guardian reported , the government intended to develop an action plan to contend with a near-term peak, and to "calm rising fears over peak oil." Veteran peak oil analyst and taskforce member Jeremy Leggett explained: "Government has gone from the BP position — '40 years of supply left, the price mechanism works, no need to worry' — to 'crikey'." According to reports from attendees, the summit yielded some important conclusions:
• Peak oil is either here, or close enough.
• Prices will have to go higher as demand outstrips supply.
• Governments will be forced to intervene to maintain critical levels of oil supply, and limit volatility.
• Rationing measures may be unavoidable.
• Electrification of transport must be pursued in order to reduce demand.
• Communities will need to work quickly to reorganize around walking instead of driving, producing food and energy locally instead of importing, and generally try to reduce their need for oil.
The next warning was a report that surfaced around March 12. Three authors from the College of Engineering and Petroleum at Kuwait University had applied advanced mathematics to reserve and production data. The model estimates the world's ultimate crude oil production at 2140 billion barrels, with 1161 billion barrels remaining to produce as of the end of 2005. It forecast that world production would peak in 2014 around 79 mbpd. The annual depletion rate of world reserves was estimated to be around 2.1%. The model indicated that non-OPEC production peaked in 2006 at 39.6 mbpd. It forecasts that OPEC production will peak in 2026 at 53 mbpd, up from 31 mbpd in 2005, with the majority of the increase coming from Iraq, Kuwait, and the United Arab Emirates. Then OPEC production is expected to decline to 29 mbpd by 2050.
On March 22, another bombshell exploded in the press as former UK chief scientist David King and researchers from Oxford University released a paper claiming that the world's oil reserves had been "exaggerated by up to a third," principally by OPEC. They anticipated that demand could outstrip supply by 2014-2015. “
Posted by Mick at 4/05/2010 03:07:00 PM

Obama will fix it.

where`s that russian girl with the vodka?

No problem - clone some dinosaurs, kill 'em, bury the bodies, and wait a few millenia.