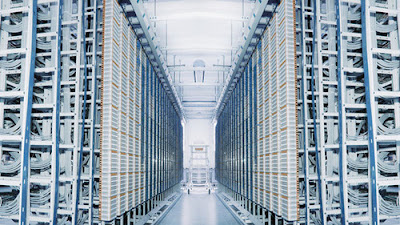 Postures of revolution and insurrection on the internet are all very brave and laudable, but, as events in Egypt make all to clear, all of this continues only at the pleasure of our electronic overlords who can shut us down at a whim or if they deem the situation demands. Maybe we should be studying older, low-tech means of communications. I mean, do we even remember each other’s phone numbers?

"No one is completely certain what happened to the Egyptian internet, but it appears that the shutdown started off early in the week with the country blocking Twitter and Facebook access for those within its borders. Then, shortly after Thursday midnight local time, the country simply disappeared from the internet. With a few exceptions like the stock exchange, Egyptian websites and services were unreachable; the network traffic over Egyptian borders dropped by an astonishing 90 percent. Cell phone networks were also down. Today Vodafone confirmed that all mobile providers been "obliged" by the Egyptian government to shut off service to customers in that country. How did it happen? Most likely, according to experts, the Egyptian authorities made a few phone calls to the country's handful of large internet service providers. Their request would have been simple: Make it impossible for Egyptians to communicate with other countries and each other using the internet. But carrying out this order isn't like hitting an off switch. To erase Egypt, those providers would have to corrupt routers, nodes in the internet which direct data traffic. Each router helps traffic along by advertising the many IP addresses it knows using a system called border gateway protocol (BGP). When you visit a website in Egypt, your internet provider uses BGP to ask an Egyptian router, "Hey, how do I get to this Egyptian blog?" The router responds by using BGP to send you on your merry way to the right address. BGP is basically the border language that helps different parts of the internet speak to each other. But early Friday morning, thousands of routers in Egypt had their minds wiped. Suddenly they had no idea where anything was on the Egyptian internet. When your internet provider looked for web addresses inside Egypt, it found nothing. Egyptian routers no longer gave meaningful answers to BGP requests for border crossings.” Click here for more

After Obama got off the phone with him the Internet was briefly restored. One of the MSNBC correspondents, Mark Engel showed his Blackberry working but not sure where things are right now.