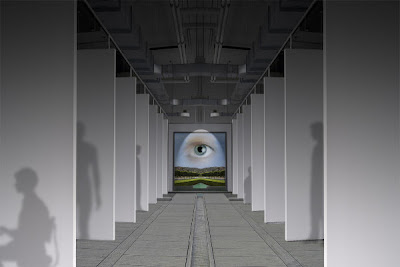 In recent times, Doc40 has run a bunch of stuff by our pal Chris Hedges, and this essay in which he mashes Huxley’s Brave New World and Orwell’s 1984 as two parts of the same evolution to tyranny is well worth passing along. It took our good friend Aeswiren to provide a heads up for this post. Over the last few weeks I have rather been ignoring US politics as I sorted out my bearings here in the UK. I would note, though, if things were really as bad as Hedges assumes, we’d both would have been hauled away in the black helicopters of the Though Police months ago.

“The two greatest visions of a future dystopia were George Orwell’s “1984” and Aldous Huxley’s “Brave New World.” The debate, between those who watched our descent towards corporate totalitarianism, was who was right. Would we be, as Orwell wrote, dominated by a repressive surveillance and security state that used crude and violent forms of control? Or would we be, as Huxley envisioned, entranced by entertainment and spectacle, captivated by technology and seduced by profligate consumption to embrace our own oppression? It turns out Orwell and Huxley were both right. Huxley saw the first stage of our enslavement. Orwell saw the second. We have been gradually disempowered by a corporate state that, as Huxley foresaw, seduced and manipulated us through sensual gratification, cheap mass-produced goods, boundless credit, political theater and amusement. While we were entertained, the regulations that once kept predatory corporate power in check were dismantled, the laws that once protected us were rewritten and we were impoverished. Now that credit is drying up, good jobs for the working class are gone forever and mass-produced goods are unaffordable, we find ourselves transported from “Brave New World” to “1984.” The state, crippled by massive deficits, endless war and corporate malfeasance, is sliding toward bankruptcy. It is time for Big Brother to take over from Huxley’s feelies, the orgy-porgy and the centrifugal bumble-puppy. We are moving from a society where we are skillfully manipulated by lies and illusions to one where we are overtly controlled. Orwell warned of a world where books were banned. Huxley warned of a world where no one wanted to read books. Orwell warned of a state of permanent war and fear. Huxley warned of a culture diverted by mindless pleasure.” Click here for the whole thing.