NEVER HAS SO MUCH BEEN QUAFFED BY SO MANY 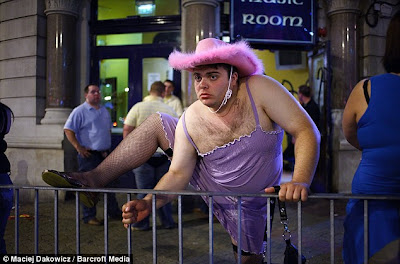 When I received this Chinese story about British boozing from our good friend Aeswiren, it confirmed an impression I had gleaned for myself on a recent visit to the old country. The Brits are facing down these hard times by drinking. As I passed through Shepherds Bush Green on a warm Friday night, I could not recall ever seeing quite so many reeling lads and stumbling shrieking girls. I can’t quite imagine why the Chinese should be taking an interest, but, as those in power rumble about “doing something about it” it does validate a long held theory that the societies with the worst booze problems also have the most repressive liquor laws.

“Off Xinhua news feed…
LONDON, Jan. 2 – Heavy drinking is causing Britain as many health problems as it is costing the country too much money that could have been spent on genuine health care, according to studies by medical expert groups. One in six Britons drinks above sensible limits while one in 60 has a level of alcohol addiction and the so-called boozing culture costs Britain over 4 billion U.S. dollars a year. But these might be just the tip of an iceberg.
"With only one in 18 people dependent on alcohol receiving treatment ... we know that more needs to be done to help identify and treat patients," said Steve Barnett, chief executive of the National Health Service (NHS) Confederation which unveiled the figures in collaboration with the Royal College of Physicians. This is because the bulk of the 4 billion spent on boozers goes to hospitals and ambulance services which are forced to deal with people who get into difficulties after drinking too much, said the report compiled by the confederation and the college. Half of all assaults are related to alcohol, along with more than a fifth of accidental deaths and almost a third of all suicides. Nearly 15,000 people died in 2008 alone from alcohol abuse, or 3 percent of all deaths, according to figures from the Liverpool John Moores University.”

If you were in Shepherds Bush it was probably all Australians and New Zealanders doing the shrieking, stumbling and reeling. Both those nations have proud binge drinking cultures, and a tradition of sending their young men and women off to London for two years so that they can bring back Britsh pounds and be able to afford a mortgage and 2.4 kids once they've returned home. Shepherds Bush is a renowned Australian stronghold.

If only legality weren't an issue.

Right on, Dogs: the 'Walkabout' pub chain is Sodom and Gomorrah with Fosters.

carlesberg currently 1.40 in wetherspones.breakfast,sets you up for the day ahead.

Your pic of the bloke done up like a soap opera tart, does not require the British participant to be pissed. Why doning such garb appears to be adopted with gusto by many of the adult British male, why I remember many of the so-called exemplars of my town hardly missing an opportunity to prance about in lingerie during the annual town gala. As for the booze, it is all those bubblegum tasting alchy pops such as Wkd they are binging on, and that my brothers and sisters is not REAL drink. The End is Nigh

Oh, I used to go in for the fifth-a-day lifestyle. It helped me not to worry about cops, for one thing. But I discovered one thing in several rehab centers from here to CA--alcohol is fucking addictive! AA is entirely wrong-headed, of course, but unlike most other drugs, if one drinks enough for long enough one actually has physical withdrawals. I saw a fucking yellow demon jump in to my bedroom from my windowsill. I don't like that, so I quit. The photo is confusing to me, though. Only coke and speed make me feel like a woman. I know, I know, England is different. You'd better believe it, brother! Dionysus tolerates no such artificial fashion boundaries . . .