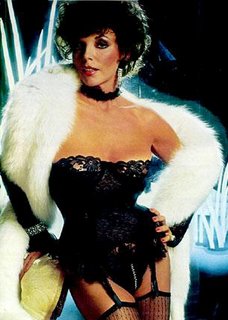 Mickey, my lad,
I'm now a regular guzzler of Doc 40. And I knew Ned pretty well in my NY days, still do.
You write: "Can't say I knew the guy beyond being drunk in the same joint, but I was aware that he was putting a post-punk, country cowboy hat on gay, just like Kinky Friedman had put one on Jewish." It implies that he is/might be gay... not that there's anything wrong with that.
In my note back from Ned yesterday after I wrote him with congrats, he noted that he celebrated 25 years of marriage last summer to the lovely and talented Constance Ash, a fantasy author whose "Horsegirl" trilogy I enjoyed reading as much as those Mick Farren sci-fi books (and where's another one ya lazy sod!? I want more!). And I know both you and I were soused at those downtown/Loisada joints but can't recall a single time that Ned ever was. And he never once hit on me. Neither did you as I recall (although I did once get the eye from Seymour Stein and on another occasion his ex-wife Linda tried to pick up my friend Maryann and I one night at The Ritz). Ned is a man of many talents. Lubbock born and New Mexico reared, he's done all kinds of cool stuff. Cribbing from the bio for his wickedly cool album in 1999, Cowboy Rumba, which intersticed C&W and Latin music: 'In the downtown New York new music scene of the 70s and 80s, he worked with artists ranging from John Cage to La Monte Young to Glenn Branca to Peter Gordon's Love of Life Orchestra. In 1982, he started The Ned Sublette Band ("It wasn't country punk," he recalls, "because all the musicians could really play") with a gig at CBGBs.'
I think the "it wasn't country punk" line was in part from my including him in a Musician story I did in '82 where I spent a good part of the intro saying "Don't call it country punk..." and then what did the dink editing it do but headline it "Country Punk." Duh.... He also winced when I suggested he call his music "Salsa Ranchero," which I still think fits well. Next time I visit my storage space I'm gonna have to pull out my old Ned tapes of way cool unreleased stuff, especially to hear my Sublette fave, "Cattle Mutilations." More bio: 'By the mid-80s he gravitated toward the salsa scene ("It was the best music in town," he says) and his inspirations grew increasingly Latin. In January 1990, he traveled to Cuba for the first time and was inspired to co-found Qbadisc, the first American record label dedicated to marketing contemporary Cuban music in the U.S. He was soon recognized as a major U.S. advocate for Cuban music, introducing American audiences to Cuban artists as diverse as Los MuZequitos De Matanzas and NG La Banda as well as Celina González, Issac Delgado, Carlos Varela and Orlando "Maraca" Valle. In 1998,he also produced the outstanding debut album by the New York-based Puerto Rican group Viento De Agua, and for seven years, he served as senior co-producer of Afropop Worldwide, heard over Public Radio International.' He also recently published "Cuba and Its Music: From the First Drums to the Mambo" (Chicago Review Press), which the NY Times gave a rave review to, calling it as essential as Hugh Thomas's epic history "Cuba." And if my memory serves me correct - I'm cc'ing Ned here so he can correct me - Willie had either been rumored to record or had recorded "Cowboys Are Frequently, Secretly..." as far back as the late '80s. And yes, few more deserving of some mailbox money than Ned.
Back to work.
Rob