BUT THE EYE OF MODOR IS UPON YOU 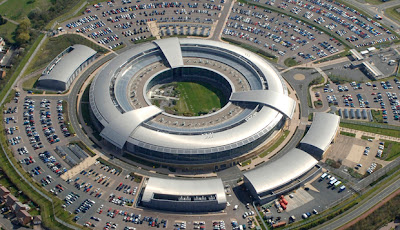 The classic scene in the 19th and 20th centuries – part fact, part fiction – when the officer orders his men to open fire on the starving workers as the bread riot gets underway, and, one by one, the soldiers lower their guns and then turn them on the bloody officers. It’s the cliché tipping point of revolution. Am I deluding myself with wishful thinking that Edward Snowden, Bradley Manning, Julian Assange, all the way back to Daniel Ellsberg, are a more modern version of the same revolutionary. Can all those wage slaves at the NSA, CIA, GCHQ, etc. fucking over their comrades and spying them night and day become mad as hell and refuse to take it any more. Okay so the crypto-fascist cocksuckers in power are watching every move we make. Fuck ‘em. Give them the finger and go on making the move. They can’t arrest all of us. That’s welcome to Planet Gulag.

The answer is
always “consciousness”. The alternative is always “freedom vs statism”.

May we live in interesting times.

In a room sit three great men, a king, a priest, and a rich man with his gold. Between them stands a sellsword, a little man of common birth and no great mind. Each of the great ones bids him slay the other two. ‘Do it,’ says the king, ‘for I am your lawful ruler.’ ‘Do it,’ says the priest, ‘for I command you in the names of the gods.’ ‘Do it,’ says the rich man, ‘and all this gold shall be yours.’ So tell me – who lives and who dies?”

Varys then poses the true riddle, and one of the main themes of the series: If power lies with the men who carry swords, why do we pretend that kings hold the power? Power, he argues, is ephemeral, a shadow – “power lies where we think it lies.”

I've long since withdrawn my participation with collective ego. Knowing the truth doesn't matter, only the truth matters. It's irrational to seek the conversion of others.

“Mastering others is strength. Mastering yourself is true power.” - Lao Tzu

Civilization remains largely insane, and by definition unsustainable. There are no victims.