MAKING SENSE OF ANY OF IT IS CLOSE TO POINTLESS 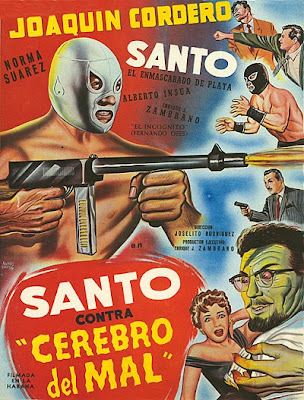 This, of course, is Santo. Latino kitsch? Sure, but also, according to Wikipedia, hailed "the greatest legend in Mexican sports.” His wrestling career spanned nearly five decades, during which he became a folk hero and a symbol of justice for the common man through his appearances in comic books and movies. As a superhero – The Man In The Silver Mask – he battled supernatural creatures, evil scientists, zombies, vampires, and various criminals/ secret agents. I don’t think I need to post a picture of George Bush, we all know what that bastard looks like, but I watched him on TV today declaring that he’d vetoed the State Children's Health Insurance Program to prove that he was still relevant. I think Santo makes far more sense. Viva Santo.

The secret word is Disgust

WHEN ARE YOU BLOODY FASCISTS GOING TO STOP YOUR IDIOT POSTURING? 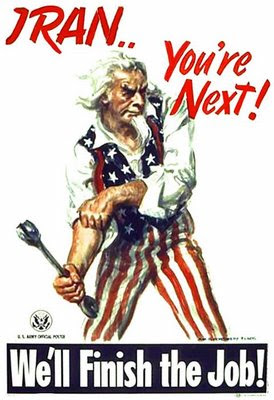 I’ll make this real fucking simple. Today – as nuclear Pakistan seems to be coming unglued – we watched the President of the United States clearly demonstrate that he cares infinitely more about his wretchedly pointless war and wars-to-come than the health of the nation’s children. In so doing, he provided an interesting twist on Herman Goering’s old dictum of “guns before butter”. And why aren’t we all out in the street screaming? Because we’d better do it soon, as we learn Bush now has his own private merc army, answerable to no military or civil authority, all too ready to be set to suppressing domestic dissent. Some girl sends the following from Newsweek…
Posted by Mick at 10/19/2007 01:19:00 AM 6 comments:

"Responsible for guarding top U.S. officials in Iraq, Blackwater operatives are often accused of playing by their own rules. Unlike nearly everyone else who enters the Green Zone, said an American soldier who guards a gate, Blackwater gunmen refuse to stop and clear their weapons of live ammunition once inside. One military contractor, who spoke anonymously for fear of retribution in his industry, recounted the story of a Blackwater operative who answered a Marine officer's order to put his pistol on safety when entering a base post office by saying, "This is my safety," and wiggling his trigger finger in the air. "Their attitude was, 'We're f–––ing security; we don't have to answer to anybody'." (For more)

The secret word is Caligula 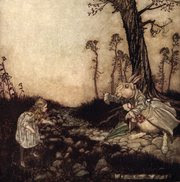 In my accidental Lewis Carroll fest of the last few days, I kept threatening to play Gracie Slick singing White Rabbit, but didn’t because I figured it was overused. Then I got an email from our pal Wendy that simply read “you could always post PATTI singing "White Rabbit" instead.” Okay Wend, you got it.

The illustration is by Arthur Rackham 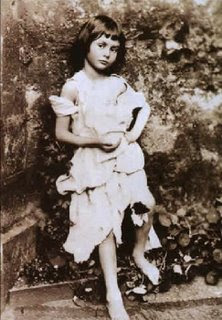 Following on from yesterday's post. This is Alice Liddell who started it all, little knowing that…

…the psychedelic era would produce some very odd distortions of the basic Alice concept. But then again, Dr Charles Lutwidge Dodgson was exceedingly peculiar.

Yesterday I was also complaining of a certain weariness. (I believe the phrase was “a barely functioning protozoa.”) Apart from anything else, I had knocked out two stories for La CityBeat, one on my feelings about the nostalgia industry and the other on how Hillary Clinton may be leading us to the 21st century nanny state.
But what the hell, why worry? Again I resist the temptation to post Gracie singing "White Rabbit", and run Bill Hicks instead, and (why I’m not sure except it amuses me) The Wall by Korn.

The secret word is Dormouse 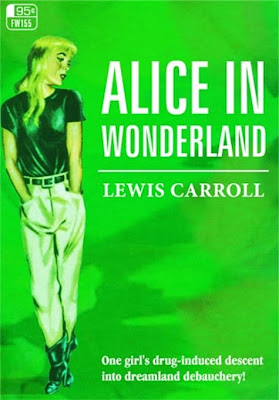 Tonight I am tired, beat, worn out, wilting, a dishrag, a stain, a barely functioning protozoa. The best I can do is leave all the Lewis Carroll fans among you to marvel at how following a Victorian white rabbit down a hole became “One girl’s descent into drug induced debauchery!” Not that I have anything against drug induced debauchery but this has to qualify as damned bizarre marketing.

I guess the obvious would be to post a clip of Gracie Slick singing White Rabbit, but that’s too easy. Instead, here’s Bill Hicks on acid. (By which I mean Bill Hicks talking about acid not actually…well, you know what I mean.)

But talking about drug induced debauchery could be a warped cue to post John Coltrane playing My Favorite Things. 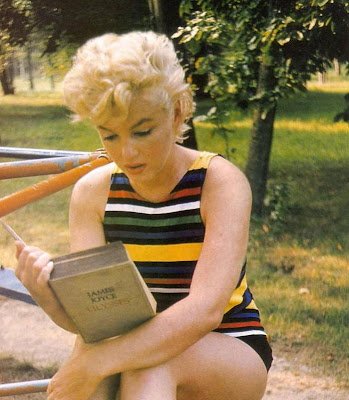 It would seem that Doc40 cannot survive for more than a couple of months without stealing a picture of Marilyn Monroe from Tom Sutpen. And do note that she has almost finished the book, which is more than I have ever done. (To be totally honest.)

And what better to go with Marilyn and Ulysses than Miles Davis and John Coltrane playing So What?

The secret word is Easy

(And Yukiko, if you read this, an email I sent keeps coming back.)

THE LAST CHOPPER OUT OF BAGHDAD

Special Operations Command in Iraq says it's whupped Al Qaeda. Sanchez, who was in command in the early days, says it’s a goddamned cluster-fuck. A couple of talking heads on CNN say we could be in there for fifteen or twenty years. The peace movement chant once again becomes “troops out now.” And this was all in the space of one afternoon on TV.

Accordingly I devised this game/contest. Imagine this picture is of the last chopper out of Baghdad. Hit the comments link and leave your personal estimate as to the date when this might take place. It won’t take but a minute and could be modestly enlightening. (You don’t get this kind of fun plus Miles and Coltrane on HuffPo. Oh no.)

Meanwhile, in another kind of game/contest, this Voting Made Easy web device, sent over by Doug the Bass is fucking unbelievable. Democracy can be dangerous in the wrong hands.

For some time little had been posted on my favorite pop-culture science blog Collision Detection by Clive Thompson, but now he comes back with a stunning piece on how our dependence on all of our texting, cell-phone, Bluetooth, pocket-sized technology is making us all as dumb as planks (especially the youth), and when the machines take over and the terminators come, we’ll just be sitting and grinning like bipedal fungus.

"We're running out of memory. I don't mean computer memory. That stuff's half-price at Costco these days. No, I'm talking about human memory, stored by the gray matter inside our heads. According to recent research, we're remembering fewer and fewer basic facts these days. This summer, neuroscientist Ian Robertson polled 3,000 people and found that the younger ones were less able than their elders to recall standard personal info. When Robertson asked his subjects to tell them a relative's birth date, 87 percent of respondents over age 50 could recite it, while less than 40 percent of those under 30 could do so. And when he asked them their own phone number, fully one-third of the youngsters drew a blank. They had to whip out their handsets to look it up. That reflexive gesture -- reaching into your pocket for the answer -- tells the story in a nutshell. Mobile phones can store 500 numbers in their memory, so why would you bother trying to cram the same info into your own memory? Younger Americans today are the first generation to grow up with go-everywhere gadgets and services that exist specifically to remember things so that we don't have to: BlackBerrys, phones, thumb drives, Gmail..." (More)
Or maybe we’ll be hallucinating colored claymation bunnies to the sound of the Rolling Stones. (Stolen from Peromyscus) 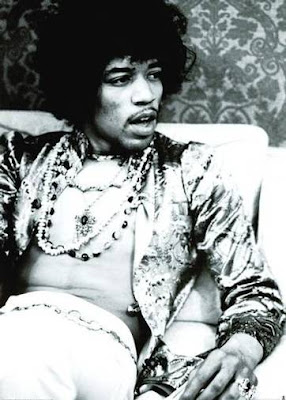 People ask me how come I never seem to listen any music from the 21st century, and all I can do is just shrug, and offer the only answer I have. “When they start playing shit like this shit, I’ll start listening.” This first clip of Jimi Hendrix on the Lulu Show (thanks Noudela) is unique in that we see a musician completely take over an MOR TV pop show and turn it on its ass until – as Jimi remarks at the end – they take him off the air. Also included is some stoned and impromptu goof on Hound Dog. Oh, Voodoo Child, what a waste, what a waste.