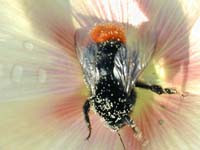 The more I read, the more the death of the bees is confirmed as a what-the-fuck crisis, and the suspicion level rises to the idea that this is something massive and wholly horrible, a portent from a science fiction scenario that ends apocalyptically badly. Except it's for real. In the following from Triple J sent via Munz, the finger is now pointed at Monstanto or maybe Bayer.

In Germany where they still teach science they published an article about the toxic nature of Monsanto’s Triple Hybrid GM corn and it's effect on bees in '05. Why won't the media here mention that GM corn is the likely cause of the bees disapearing? Could it be that Monsanto is a massive multinational corp with a market capitalization of 30 billion dollars?? Of course insects are seen as pests by most people. Most people who passed Earth Science class in highschool understand that every part of the food chain is important and some, but not most, understand that bees perform a task that vital to our survival. For more…

AND MEANWHILE the dry catfood would appear to be contaminated.

AND IN YET ANOTHER WORLD -- It was a nice Saturday afternoon -- until a bum dropped dead outside the drugstore right in front of my taxi. I found it disturbing that, after it was determined he was dead and cops were called, all the driver and I could do was decide to take Hollywood to Gardener instead of La Brea. I asked myself, "Is that all a man's life is worth, a change of cab route?" And then a voice, somewhere between Sam Elliot (two L's), and Johnny Cash replied "That's right. Mick. Sometimes the bear eats you." (I have already included this story in a personal note to a friend, but it was on my mind, and I felt I had to post it as a change from pics of Iggy and other trivia. My apologies to the recipient.) 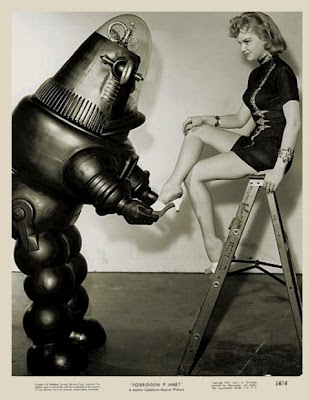 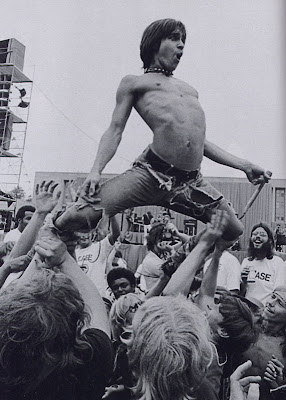 I have to stop stealing images from If Charlie Parker Was A Gunslinger There'd Be A Whole Lot of Dead Copycats (linked on the right) but I needed something to expunge all thoughts of Sanjaya Malakar.

THE BEES ARE VANISHING 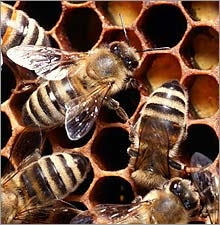 The mystery of the vanishing bees is no joke. I really think it’s hitting some kind of what-the-fuck crisis level.

WASHINGTON (CNN) -- Beekeepers throughout the United States have been losing between 50 and 90 percent of their honeybees over the past six months, perplexing scientists, driving honey prices higher and threatening fruit and vegetable production. Beginning in October 2006, beekeepers from 24 states reported that hundreds of thousands of their bees were dying and their colonies were being devastated. For more…

In LA CityBeat I have a short squib on The Tudors 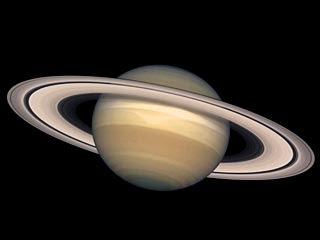 "This is a very strange feature, lying in a precise geometric fashion with six nearly equally straight sides," said Kevin Baines, atmospheric expert and member of Cassini's visual and infrared mapping spectrometer team at NASA's Jet Propulsion Laboratory, asadena, Calif. "We've never seen anything like this on any other planet. Indeed, Saturn's thick atmosphere, where circularly-shaped waves and convective cells dominate, is perhaps the last place you'd expect to see such a six-sided geometric figure, yet there it is." The hexagon is nearly 15,000 miles across. Nearly four Earths could fit inside it. The thermal imagery shows the hexagon extends about 60 miles down into the clouds."

For more and a video clip (thanks to Wendy)

AND TALKING OF GALACTIC MENACES... 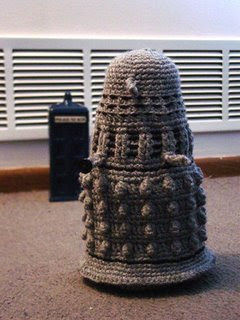 As if it wasn't bad enough that there's a sheep that's geneticaly 15% human, someone called Shigella has crocheted a Dalek. Which, in theory could give rise to an entire army of brand new wooly versions of the damned things zapping whole planetary systems and yelling "Exterminate! Exterminate!" in their annoying metallic voices. (Or would the knitted ones sound more like sheep?)This information come from Peromyscus whose very cool blog is perma-linked on the right.

The secret word is Tardis

Also If Charlie Parker Was A Gunslinger There'd Be A Whole Lot of Dead Copycats has some unbelievable pictures of the 1911 Triangle Shirt Factory fire in New York. (And, if you don’t know what that was, fucking look it up. It was the truly hideous face of capitalism.) 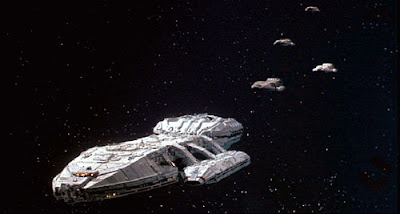 When did Bob Dylan become one of the divine Lords of Kobol?

CRYPTIQUE -- There must be some way outa here.

MAYBE I WAS WRONG ABOUT TILLMAN

Seems like I may have been wrong about Tillman being a dangerous psycho. Some girl’s email that follows in its entirety shows that it she is much better informed, and I was just reacting to the foul propaganda Jessica Lynch stench that taints anything to do with Bush and his evil goddamned war machine.

looks like you've got yourself a particularly intelligent troll (haha). and of course the troll is an asshole, but i've read a bit on tillman, though not this article. all accounts show he wasn't a gung-ho anything (at least no more than other soldiers). he was a dupe and a pawn, same as all the military and much of the american people. his case resonates more b/c he was a successful pro football player who walked away from all that to go fight the taliban. and, of course, b/c his high-profile death was first used as an endless "martyr moment" and then suddenly disappeared from the talking points after it came out that he died in afghanistan under friendly fire. he was a perfect PR/recruitment poster for the bushies, a textbook case of "sacrifice" for "freedom" (and DAMN how they talked him up and talked him up during football season after he enlisted...and even after he died, until the circumstances came out. then the NFL stopped talking about him, too). then came the REAL tragedy -- the lies and coverup of how it happened. tough to portray him dying a "heroic" death when it was actually a horrible cock-up (of the type that certainly would remind the public of vietnam, a comparison bush et al were desperate to avoid at all costs back then...still are i suppose).as far as i know there's no evidence he was "fragged." fer fucksake, he was a corporal. fraggings in the nam happened usually to young, green, gung-ho first LTs who would actually get their underlings killed by ordering stupid assaults, patrols, etc etc. generally speaking LTs were fragged in self-defense. there's no conceivable reason a soldier like tillman would be that type of an uncontrollable risk. hence, fragging wouldn't be on the agenda. the accounts i have read of what happened that day indicate confusion, fear, fuckups, and deviations from an impromptu plan led to the friendly-fire death.what the government did in terms of lying to tillman's family (not to mention the rest of us) actually turned them against the cause. they would've better handled the truth and come to terms with it. instead they feel betrayed, because they were. the bush administration shook the faith in this country that one typically patriotic family held. to me the tillman case is another example of how much damage bush and his cronies have done, and a terrible reminder that they do not give one flying fuck about ANYBODY but themselves. if you're on their side, you may go into the meat grinder. if you're not on their side, you may go into the meat grinder. whatever works for them. they don't even take care of the people who support them; they only take care of their own. hang the faithful along with the faithless...they scarcely care to make that distinction, in the end.anyway, i thought the comment about tillman was very unfair and surprisingly callous. geez, he was actually opposed to the invasion of iraq, he was not religious, and he even opposed bush's reelection. i am not a fan of him; i think his choice was stupid, and the way he was held up in the media was infuriating and tiresome. at the same time i feel that we were all lied to, and some of us were more susceptible to those lies than others. the human toll that "talking points" and other rhetoric have wrought should not be forgotten -- especially b/c that's the way bush and co. act, like the words and the decisions and the actions don't have any consequences at all. but they do, and they have. not just here, of course, but in iraq and all around the world. the hypocrisy of the government and the military actively trying to conceal the truth from tillman's family strikes me as particularly despicable, maybe b/c it is such a perfect microcosm of all the things i've just mentioned.
Posted by Mick at 3/26/2007 06:16:00 PM 2 comments:
Newer Posts Older Posts Home
Subscribe to: Posts (Atom)