SATURDAY MORNING PICTURES (how does it feel?) 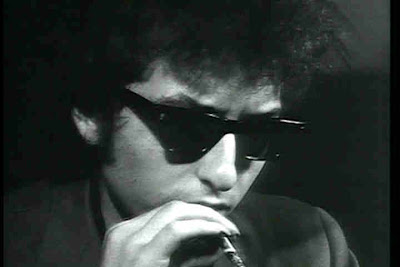 Napoleon in rags and the language that he used? As regular visitors to Doc40 may have gleaned, it’s been a long hard week during which I have done one hell of a lot of writing – some of great interest and some the was the literary equivalent of hanging sheet-rock – but I will let you into a small secret. In pauses while I wait for the words to come, I’ve been sniffing around YouTube seeing what goodies a poor boy could find. Last Wednesday, I posted a clip of The Who doing “My Generation” at the Marquee in 1967, and now my friends (try this for size) we present eight fucking minutes of Bob Dylan and the Hawks doing “Like A Rolling Stone” at Newcastle City Hall in 1966. This was a manner of music that at the time, like The Who, made you feel you could tear the world apart with you bare hands. (And I guess I still have the metaphoric bleeding fingernails.) And guess what? If all that wasn’t enough, I was actually there. I was at that show! I even remember what I was wearing. All decked out very Chelsea Girl style in a white denim suit, a black and white paisley shirt, and white Victorian lace-up boots with Cuban heels that were extremely Brian Jones, and later, after the show, the ensemble almost got me beaten to death by blind drunk homophobic Geordies who decided that, despite my matching girlfriend, I qualified as queer.

How did it feel? It felt like the power structure would fall like a house of cards. That’s how it felt.

The secret word is Then

AND just to show the other side of the coin, here’s a demonstration film of the Johnny 7 One Man Army from approximately the same period. 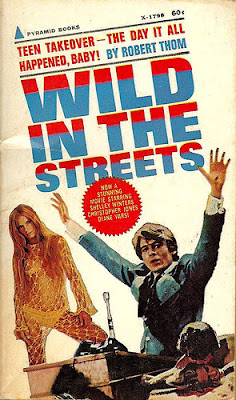 Unfortunately the concept of revolution was apt to become a little confused at times. It was probably the acid in the water supply. 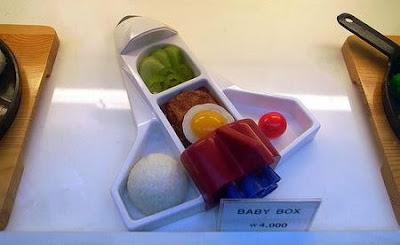 Does that seem an unreasonable demand? (Or maybe I just need some sleep and should post something more logical later.)
Oh yeah, I keep forgetting, over among the permanent links, near the top, is the World Super Clock . Check it out. It counts everything.
The secret word is Infantile
Posted by Mick at 8/03/2007 03:08:00 AM 4 comments:

WE BID YOU ALL A LAST DUBAI 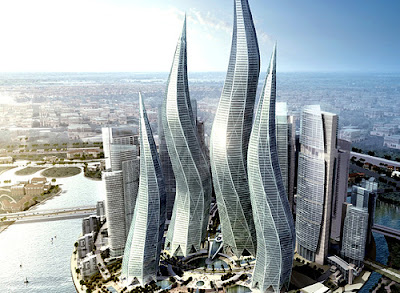 This is real, not a Spielberg set for his next Philip K. Dick movie. This is Dubai. This is what the mega-rich demand from their architects. Halliburton is moving there. It will be the capital city of Cheney the Merciless when he ascends to Evil Dictator of the Planet. Hitler wanted to level Berlin to build his insane Germania. (Rhymes with megalomania.) The oil barons have done it in Dubai, and on imported near-slave labor who’s pay, and working and living conditions are described by Human Rights Watch as “inhuman”. And why, as Valerie noted when she sent the pic, does it all resemble the tentacles of Cthulhu?
.
Meanwhile, in Japan, Godzilla hates cats.

The secret word is Wrong

IS ANY EXPLANATION REQUIRED? 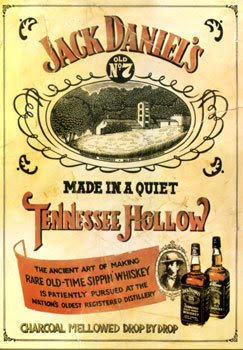 Whiskey river take my mind.*
(Don't let her memory torture me.)
I have written myself into the ground. My hands hurt, my arms ache, my brain is mush. I feel like I don’t have another word left in me tonight. And I’m wracked with guilt over all the calls I haven’t returned and all the emails I have yet to send. If there was ever a time to hide in a quiet Tennessee hollow, this is it. Because it’s fucking August, and I attempt to create while cities turn into overheated ghost towns. Even the fucking Iraqi government is on vacation. The only thing that refuses to cease is the lying propagandist bullshit that flows relentlessly from the leadership machine of the Loathsome Decider. But I’m sure you didn’t click on here to listen to me bitch and moan deep into the night. So, my friends, in return for all the nanoseconds you have wasted stopping by to visit here (in addition to Willie*) is a clip of The Who, doing My Generation live at the Marquee, back when the world was young and 100% of us were still alive and kicking. (And it's loud and marvellous!)

CLONES, I TELL YOU! CLONES! 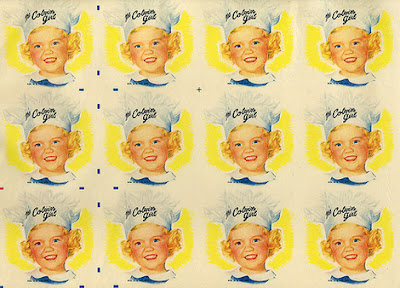 They are coming for us! More and more of them! There may be pods in the laundry room! Will no one help us?

The secret word is Idiopathic 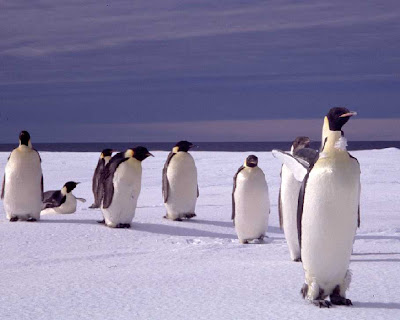 Remember how, a couple of years ago, we all got all misty about the movie March of the Penguins? Well, it seems like the penguins’ marching is being made more and more difficult. Recent temperature increases in the Antarctic are impacting some penguins' abilities to feed and breed, creating population dips in a species that can't handle the heat. Here’s a new and much more depressing film.

CRYPTIQUE – The doctor dies of the disease. Will the patient survive the remedy?

THE REVOLUTION MUST BE FABULOUS 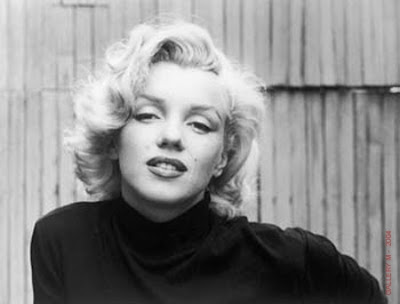 Our pals in Holland, the Buggers are back. Which is a damned good thing because I always relish their stuff, and I’m also working my ass off and haven’t have any time to work up a post. Except to announce that The People's Daily Brief is now a blog.

THE BUGGERS POSITION #17
True art, which is not content to play variations on ready-made models but rather insists on expressing the inner needs of man and of mankind in its time - true art is unable NOT to be revolutionary, NOT to aspire to a complete and radical reconstruction of society. This it must do, were it only to deliver intellectual creation from the chains which bind it, and to allow all mankind to raise itself to those heights which only isolated geniuses have achieved in the past. We recognize that only the social revolution can sweep clean the path for a new culture.With his thousand technicians, Trotsky seized the viaducts and the bridges and the telephone exchanges and the power stations. The police, victims of convention, contributed to his brilliant enterprise by guarding the old men in the Kremlin. The latter hadn't the elasticity of mind to grasp that their own presence there at the traditional seat of government was irrelevant. History outflanked them. Trotsky had the railway stations and the powerhouses, and the "government" was effectively locked out of history byits own guards.So the cultural revolt must seize the grids of expression and the powerhouses of the mind. Intelligence must become self-conscious, realize its own power, and, on a global scale, transcending functions that are no longer appropriate, dare to exercise it. History will not overthrow national governments; it will outflank them. The cultural revolt is the necessary underpinning, the passionate substructure of a new order of things. We have already rejected any idea of a frontal attack. Mind cannot withstand matter (brute force) in open battle. It is rather a question of perceiving clearly and without prejudice what are the forces that are at work in the world and out of whose interaction tomorrow MUST come to be; and then, calmly, without indignation, by a kind of mental ju-jitsu that is ours by virtue of intelligence, of modifying, correcting, polluting, deflecting, corrupting, eroding, outflanking inspiring what we might call THE INVISIBLE INSURRECTION. It will come on the mass of men, if it comes at all, not as something they have voted for, fought for, but like the changing season; they will find themselves in and stimulated by the SITUATION consciously at last to recreate it within and without as their own.(Fragments of the manifesto Towards a free revolutionary art by André Breton, Leon Trotsky, and Diego Riviera from 1938, and A revolutionary proposal: invisible insurrection of a million minds by Alexander Trocchi from 1963.)

The picture is Marilyn Monroe, of course, and equally important. Any revolution that fails to recognize Marilyn as an icon will have trouble holding my interest. 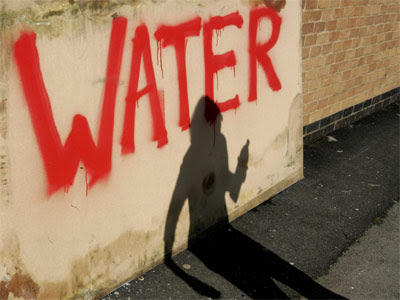 “It seems whilst you swelter in LA, here in Blighty, or at least in Gloucestershire, Hereford and Worcestershire we have been deluged with rain and floods, the likes of which have never been seen before. Irony being that because the flooding was so bad it knocked out the main filtration plant that serves Gloucester city, Cheltenham and Tewkesbury as well as all areas in between. This means we've had no mains water for days, and are having to rely on water bowsers and bottled water distribution outlets. Basically about 150,000 households and 350,000 people without fresh water!

At first it was a bit of a novelty - sent home from work; some of the pubs still had water and were still open etc. but after nearly a week of no fresh water I think I've had enough. People are now vandalsing the water bowsers e.g. pissing in them, putting bleach in them etc. I'm surprised someone hasn't dosed any with LSD yet hahhahaha!

At the risk of appearing a bit crass, although this isn't on the same scale, even in our current situation, you do start to appreciate what the poor fuckers in a drought zone, or any war blighted area that's lost it's water supply must be going through. At least I can get the hell out of dodge today and drive twenty miles down the road to a friends and have a shower, and top up with fresh water!”

ATTACK OF THE GIANT SQUID 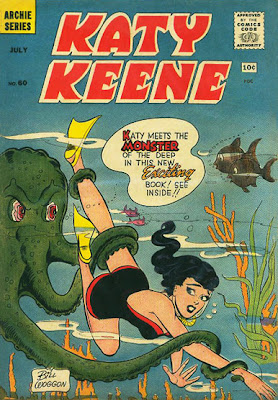 “Ferocious, pack-feeding jumbo squid have invaded waters off California's central coast and are devouring local fish populations. Researchers say global warming and overfishing are likely to blame. Humboldt or jumbo squid (Dosidicus gigas) first appeared off Monterey, California during an El Niño event which warmed waters in 1997. Since 2002 they have taken up permanent residence.”

Which also would appear to conform to an emerging pattern of how when a part of the ocean become too damaged to support life as before – ie fish and aquatic mammals – the squid, jellyfish, and other invertibrates move in, in what seems to be the end of this sea as we knew it. (For more of the story and squid vid. via Valerie)

The secret word is Suckers 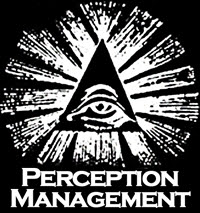