EVERYONE NEEDS A DAY OFF 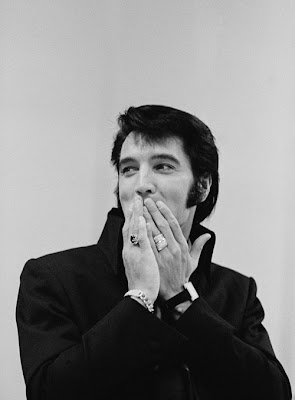 In Wisconsin the Oligarchy takes labor relations back to the days of brass knuckles and billy clubs, while North Africa rises in revolt, Gaddafi kills his own people and Britain sends a gunboat. But there’s little I can do about it on this bright, cloud-dappled Saturday morning in Brighton. I am a little ancient to be marching in every parade. Thus I bide my time and seek refuge in World of Wonder. The website founded by old pals Steve Saban and James St. James, 1980s NY party boys relocated in LA for adventures in cyberspace where they are always good for great images like Elvis in black, bling, but caught in a very gay gesture. 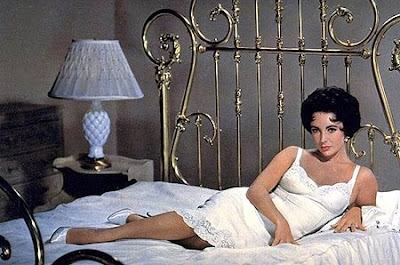 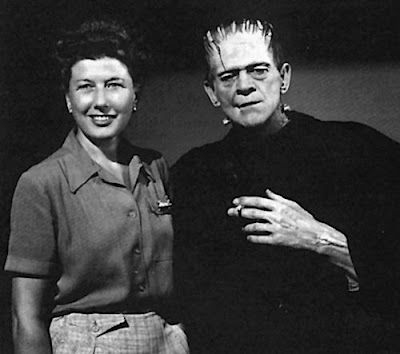 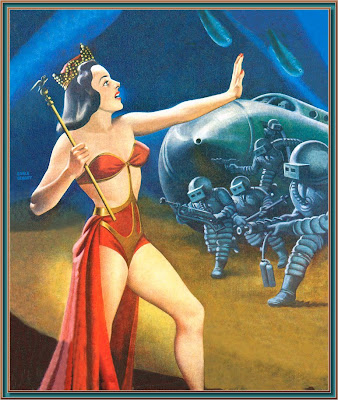 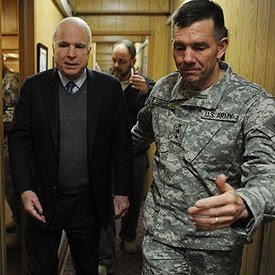 When the psy-op spooks start going after already half demented Senators you know their war is in trouble.

“The U.S. Army illegally ordered a team of soldiers specializing in "psychological operations" to manipulate visiting American senators into providing more troops and funding for the war, Rolling Stone has learned – and when an officer tried to stop the operation, he was railroaded by military investigators. The orders came from the command of Lt. Gen. William Caldwell, a three-star general in charge of training Afghan troops – the linchpin of U.S. strategy in the war. Over a four-month period last year, a military cell devoted to what is known as "information operations" at Camp Eggers in Kabul was repeatedly pressured to target visiting senators and other VIPs who met with Caldwell. When the unit resisted the order, arguing that it violated U.S. laws prohibiting the use of propaganda against American citizens, it was subjected to a campaign of retaliation. My job in psy-ops is to play with people’s heads, to get the enemy to behave the way we want them to behave," says Lt. Colonel Michael Holmes, the leader of the IO unit, who received an official reprimand after bucking orders. "I’m prohibited from doing that to our own people. When you ask me to try to use these skills on senators and congressman, you’re crossing a line." The list of targeted visitors was long, according to interviews with members of the IO team and internal documents obtained by Rolling Stone. Those singled out in the campaign included senators John McCain, Joe Lieberman, Jack Reed, Al Franken and Carl Levin; Rep. Steve Israel of the House Appropriations Committee; Adm. Mike Mullen of the Joint Chiefs of Staff; the Czech ambassador to Afghanistan; the German interior minister, and a host of influential think-tank analysts.The incident offers an indication of just how desperate the U.S. command in Afghanistan is to spin American civilian leaders into supporting an increasingly unpopular war.” Click here for more 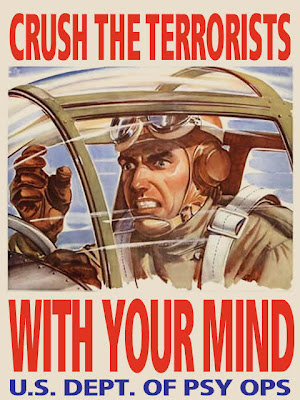 PSYOPS? THE EYES HAVE IT 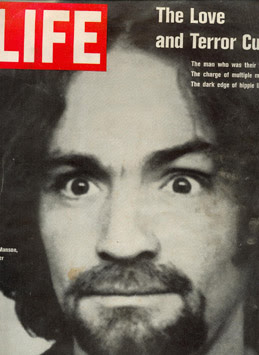 WHEN GADDAFI GOES, WHAT WILL BECOME OF HIS HOT BABE BODYGUARD? 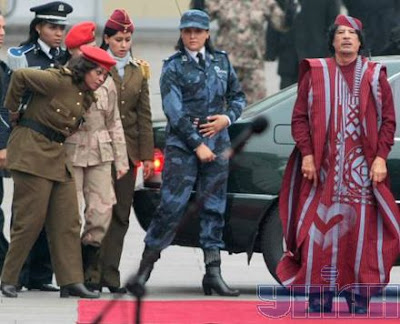 I SHOULDA BEEN THERE

"On Monday night, Wisconsin’s week-long protest against Gov. Scott Walker got a soundtrack. Five thousand people squeezed into the Monona Terrace exhibition hall to hear Tom Morello of Rage Against the Machine and Wayne Kramer of the MC5 curse Walker’s plan to undercut public employee unions. Walker got called every name in the book – “motherfucker,” “asshole” – but the acoustic show was still overwhelmingly peaceful and positive. Morello and friends focused on marshaling the protesters’ energy for continued resistance to the budget bill that would strip away unions’ collective bargaining rights. The predominantly young crowd batted around balloons and waved signs, some with defiant messages and others with almost self-mocking jokes. (My favorite: “Scott Walker Eats Kittens.”) Union representatives began by speaking about the cause, but none of them more passionately than Morello, who came on next as the night’s MC. In bright orange T-shirt and cap, he made a direct connection with the Cheesehead throng, taking on their cause as his own. “This has been the most inspiring 24 hours of my life!” he said, to deafening cheers. “You have your hand on the wheel of history!” (Click here for more)

Meanwhile someone in the mainstream finally tells it like it is. But you can trust Paul Krugman. He has Nobel Prize.

"Last week, in the face of protest demonstrations against Wisconsin’s new union-busting governor, Scott Walker — demonstrations that continued through the weekend, with huge crowds on Saturday — Representative Paul Ryan made an unintentionally apt comparison: “It’s like Cairo has moved to Madison.” It wasn’t the smartest thing for Mr. Ryan to say, since he probably didn’t mean to compare Mr. Walker, a fellow Republican, to Hosni Mubarak. Or maybe he did — after all, quite a few prominent conservatives, including Glenn Beck, Rush Limbaugh and Rick Santorum, denounced the uprising in Egypt and insist that President Obama should have helped the Mubarak regime suppress it. In any case, however, Mr. Ryan was more right than he knew. For what’s happening in Wisconsin isn’t about the state budget, despite Mr. Walker’s pretense that he’s just trying to be fiscally responsible. It is, instead, about power. What Mr. Walker and his backers are trying to do is to make Wisconsin — and eventually, America — less of a functioning democracy and more of a third-world-style oligarchy. And that’s why anyone who believes that we need some counterweight to the political power of big money should be on the demonstrators’ side." (Click here for more) 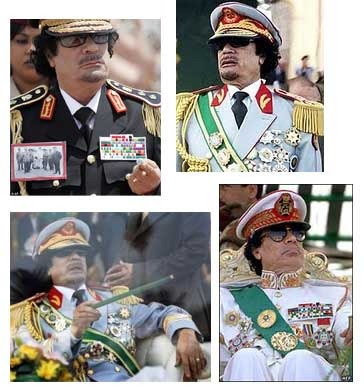 DON'T YOU MISS THE 16TH CENTURY? 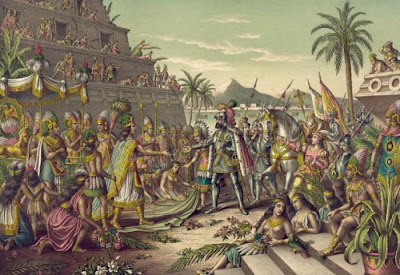 WE’RE MAD AS HELL AND…(YOU ALL KNOW THE REST) 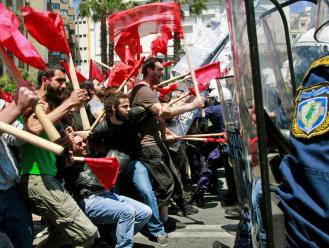 Dare we hope that the poor, the exploited, the fucked-over are fighting back? Dare we hope for hope?

“The uprising that swept Tunisia, Egypt, and parts of Europe is showing signs of blossoming across the United States. In Wisconsin, public employees and their supporters are drawing the line at Governor Scott Walker’s plan to eliminate collective bargaining and unilaterally cut benefits. School teachers, university students, firefighters, and others descended on the capital in the tens of thousands, and even the Superbowl champion Green Bay Packers have weighed in against the bill. Protests against similar anti-union measures are ramping up in Ohio. Meanwhile, another protest movement aimed at protecting the poor and middle class is in the works. Cities around the country are preparing for a February 26 Day of Action, “targeting corporate tax dodgers.” The strategy picks up on the UK Uncut campaign, begun when a group at a London pub—a firefighter, a nurse, a student, and others—came up with an idea that is part flash mob, part sit-in. In an article published in the Nation, reporter Johann Hari tells the story of the group’s frustration about government cutbacks. If Vodafone, one corporation with a huge back-tax bill, paid up, the cutbacks wouldn’t be needed. The group spread the word over social media, and held loud, impolite demonstrations. The idea quickly went viral, and flash mobs/sit-ins materialized at retail outlets across Britain, shutting many of them down.” (Click here for more)

Since Bob’s been taken down, click here for Bruce. 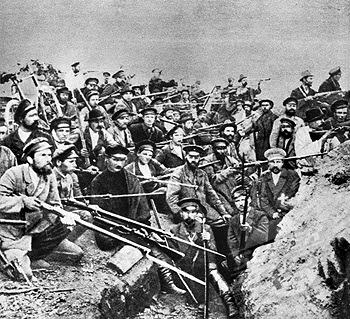 WORKERS OF THE WORLD UNITE... YES, I MISS THE 20TH CENTURY 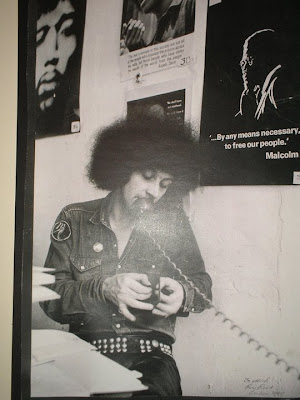 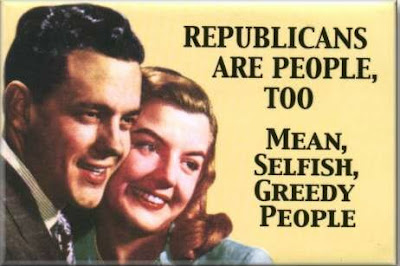 The temptation has always been to treat the right of the Republican Party and the followers of Glenn Beck as something of an absurd joke – small minded, small town, fatuous, uneducated buffoons. Unfortunately, since they took control of the House in the midterm elections it has become increasing clear that there’s nothing funny about them at all. Evidence like this open letter from MoveOn.org that catalogues their current assault on women’s rights indicates that they are very vicious and very dangerous.

1) Republicans not only want to reduce women's access to abortion care, they're actually trying to redefine rape. After a major backlash, they promised to stop. But they haven't.
2) A state legislator in Georgia wants to change the legal term for victims of rape, stalking, and domestic violence to "accuser." But victims of other less gendered crimes, like burglary, would remain "victims."
3) In South Dakota, Republicans proposed a bill that could make it legal to murder a doctor who provides abortion care. (Yep, for real.)
4) Republicans want to cut nearly a billion dollars of food and other aid to low-income pregnant women, mothers, babies, and kids.
5) In Congress, Republicans have proposed a bill that would let hospitals allow a woman to die rather than perform an abortion necessary to save her life.
6) Maryland Republicans ended all county money for a low-income kids' preschool program. Why? No need, they said. Women should really be home with the kids, not out working.
7) And at the federal level, Republicans want to cut that same program, Head Start, by $1 billion. That means over 200,000 kids could lose their spots in preschool.
8) Two-thirds of the elderly poor are women, and Republicans are taking aim at them too. A spending bill would cut funding for employment services, meals, and housing for senior citizens.
9) Congress voted yesterday on a Republican amendment to cut all federal funding from Planned Parenthood health centers, one of the most trusted providers of basic health care and family planning in our country.
10) And if that wasn't enough, Republicans are pushing to eliminate all funds for the only federal family planning program. (For humans. But Republican Dan Burton has a bill to provide contraception for wild horses. You can't make this stuff up).

The secret word is Foul 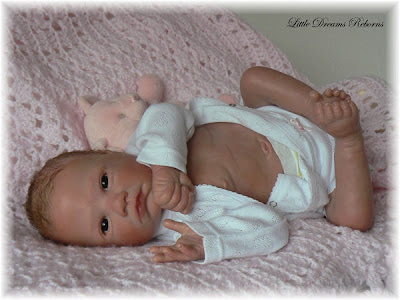 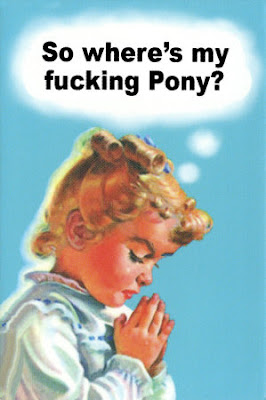 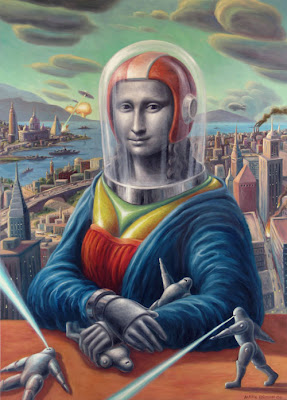 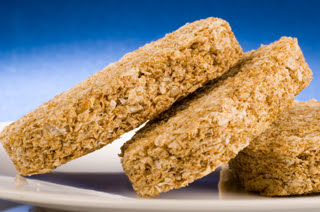 When I got back to England, my eating habits went on a Billy Bunter/Just William nostalgia binge. Treacle tart, black pudding, pie & mash, you name it. If I’d liked when I was four, I tried it one more time, but not everything was as I remembered it. Tizer, for instance, was disgusting, and now tasted wholly unfit for adult consumption. One thing that stayed with me, whoever, was a return to Weetabix. Weetabix is hard to find in California. You have to resort to Canadian imports sold at Brit expat specialist food stores. Also, in LA, my choice of cereals had grown close to degenerate. I was starting too many days with something called Reese's Puffs that, made from chocolate and peanut butter, could be eaten straight from the box without the benefit of milk or spoon. I felt that a Weetabix breakfast some kind of return to healthy nutrition if only by my own warped criteria. Weetabix was also soggy and when you’ve logged as many hungover morning as I have, it’s hard to be a fan of crispy cereals. Indeed, I was feeling quite pleased with myself until, on late night TV, I caught Russell Brand at Hackney Empire during which he did a bit on Weetabix as the food of the hideously impoverished. Is this a universal belief, or just a Brand fabrication? After the recent abuse I engendered by my brief defection from Marmite to Vegemite, I don’t need another cultural breakfast faux pas. 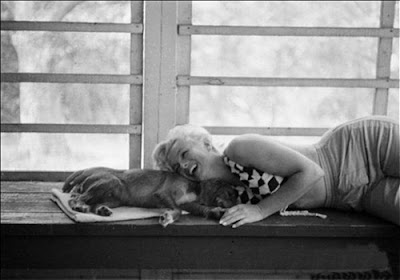 YOU THINK YOU’RE HAVING A BAD DAY? 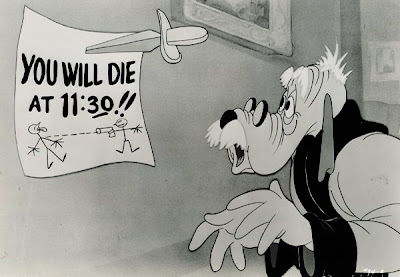