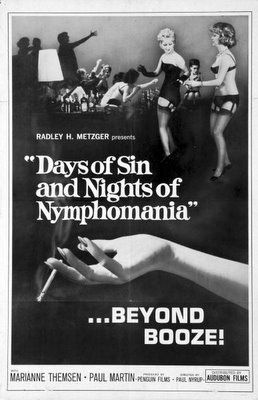 Could sin and nymphomania be a form of rehab? I'll think about this as soon as I get this deadline off my back.

The secret word is Almost 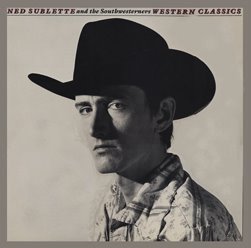 YOU NEVER KNOW WHAT’S GOING TO HAPPEN
In this instance, how Willy Nelson, by recording Ned Sublette’s old tune "Cowboys Are Frequently, Secretly (Fond of Each Other)" may have assured Sublette of a comfortable old age, and also the pride of having written the first gay cowboy song released by a major recording artist. Back in the 1980s, I used to see Ned Sublette around Lower Manhattan dives like Danceteria, the Pyramid Cocktail Lounge, Tramps, and the Lone Star. I was either in Tijuana Bible with HCB or doing The Last Words of Dutch Schulz with Brother Wayne Kramer, and the places we played were the places he played. Can’t say I knew the guy beyond being drunk in the same joint, but I was aware that he was putting a post-punk, country cowboy hat on gay, just like Kinky Friedman had put one on Jewish. Towards the end of the decade I wandered off to LA and Sublette wandered off to salsa, and that was that, until I picked up the paper and saw Willie had cut his tune and enrolled NS in the Legion of Lucky Motherfuckers.

Like Chuck Berry told us "You never can tell."

The secret word is Dang

AND DANG ME IF I DON'T HAVE A PIECE IN THE NEW LA CITYBEAT (On those pesky Danish cartoons.) 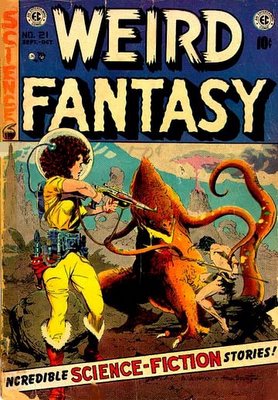 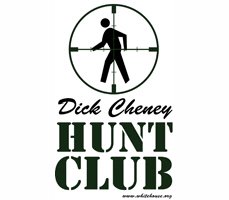 I’M SORRY BUT I’M STILL LAUGHING
Okay, so I’ve always loathed the Bush/Cheney administration, but, even if this was Bobby Kennedy, I would be wondering about the thinking behind the first 18 hours spent trying to hush the thing up, instead of calling the cops and reporting an accident. Cheney ever live this down? Oh, I hope not. (And now there's the heart attack.)

"The Late Show With David Letterman" (CBS)
"Good news ladies and gentleman, we have finally located weapons of mass destruction … It's Dick Cheney."
* * *
"We can't get Bin Laden, but we nailed a 78-year-old attorney."
* * *
"Honestly, I don't know what all of the fuss is about. What's more American than shooting your hunting buddy in the ass?"
* * *
"The guy who got gunned down is a Republican lawyer and a big Republican donor and fortunately the buck shot was deflected by wads of laundered cash. So he's fine. He took a little in the wallet."
* * *
"The Daily Show With Jon Stewart" (Comedy Central)
Jon Stewart: "Yes, as you've just heard, a near-tragedy over the weekend in south Texas. Vice President Dick Cheney accidentally shot a man during a quail hunt at a political supporter's ranch. Making 78-year-old Harry Whittington the first person shot by a sitting VP since Alexander Hamilton. Hamilton, of course, shot in a duel with Aaron Burr over issues of honor, integrity and political maneuvering. Whittington? Mistaken for a bird.
* * *
The other player in the drama? Ranch owner and eyewitness Katharine Armstrong.
Katharine Armstrong: "We were shooting a covey of quail. The vice president and two others got out of the car to walk up the covey."
Jon Stewart: "What kind of hunting story begins with getting out of your car? As I sighted the great beast before us, my shaking hands could barely engage the parking brake. Slowly, I turned off the A/C and silenced my sub-woofers…"
* * *
Katharine Armstrong: "A bird flushed. The vice president took aim at the bird and shot and unfortunately, Mr. Whittington was in the line of fire and got peppered pretty well."
Jon Stewart: "Peppered. There you have it. Harry Whittington, seasoned to within an inch of his life.
* * *
Jon Stewart: "I'm joined now by our own vice-presidential firearms mishap analyst, Rob Corddry. Rob, obviously a very unfortunate situation. How is the vice president handling it?
Rob Corddry: "Jon, tonight the vice president is standing by his decision to shoot Harry Wittington. According to the best intelligence available, there were quail hidden in the brush. Everyone believed at the time there were quail in the brush.
"And while the quail turned out to be a 78-year-old man, even knowing that today, Mr. Cheney insists he still would have shot Mr. Whittington in the face. He believes the world is a better place for his spreading buckshot throughout the entire region of Mr. Whittington's face."
Jon Stewart: "But why, Rob? If he had known Mr. Whittington was not a bird, why would he still have shot him?"
Rob Corddry: "Jon, in a post-9-11 world, the American people expect their leaders to be decisive. To not have shot his friend in the face would have sent a message to the quail that America is weak."
Jon Stewart: "That's horrible."
Rob Corddry: "Look, the mere fact that we're even talking about how the vice president drives up with his rich friends in cars to shoot farm-raised wingless quail-tards is letting the quail know 'how' we're hunting them. I'm sure right now those birds are laughing at us in that little 'covey' of theirs.
Jon Stewart: "I'm not sure birds can laugh, Rob."
Rob Corddry: "Well, whatever it is they do … coo .. they're cooing at us right now, Jon, because here we are talking openly about our plans to hunt them. Jig is up. Quails one, America zero.
Jon Stewart: "Okay, well, on a purely human level, is the vice president at least sorry?"
Rob Corddry: "Jon, what difference does it make? The bullets are already in this man's face. Let's move forward across party lines as a people … to get him some sort of mask."

And here's the video game (from some girl)

"I may have blown away my wife, but I’ve only ever used a shotgun to make artworks." 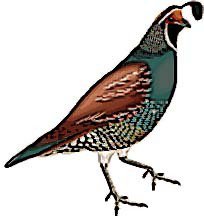 "I’m a fucking quail. I’m keeping out of this."

The secret word is Duck 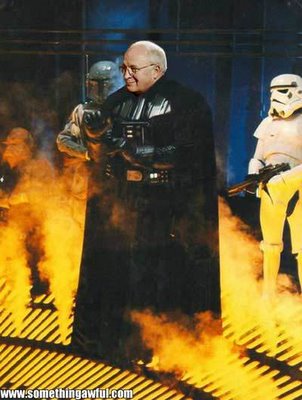 Here, just read the story, I’m still laughing my ass off. In the manner of Nelson Munz.
http://news.independent.co.uk/world/americas/article345179.ece

The secret words are Ha-Ha!

MEANWHILE...
NYC is frozen solid and LA bakes and burns in a 90F Red Flag Alert. Who among you would deny the planet’s fucked?

CRYPTIQUE – I’ll get to the hippos later.

AND OH YEAH
My story about political perception was rerun on Smirking Chimp. I always like that.
http://www.smirkingchimp.com/article.php?sid=24792&mode=nested&order=0