THE SCUM TAKES THE MONEY 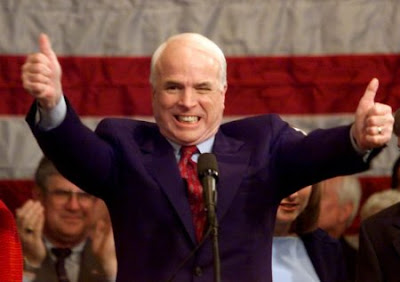 Our pal Faux Smoke sent over this unpleasant piece of news with the comment “this old bastard is still out there, lobbying against anything so long as he's getting paid.” And let’s not forget that while the senile old fool was running for president, he courted dunce-cred by positively boasting how he had no idea how even to send an email.

“U.S. Senator John McCain has introduced legislation that would block the U.S. Federal Communications Commission from creating new net neutrality rules, on the same day that the FCC took the first step toward doing so.
McCain on Thursday introduced the Internet Freedom Act, which would keep the FCC from enacting rules prohibiting broadband providers from selectively blocking or slowing Internet content and applications. Net neutrality rules would create "onerous federal regulation," McCain said in a written statement.
The FCC on Thursday voted to begin a rulemaking process to formalize net neutrality rules. The rules, as proposed, would allow Web users to run the legal applications and access the legal Web sites of their choice. Providers could use "reasonable" network management to reduce congestion and maintain quality of service, but the rules would require them to be transparent with consumers about their efforts.
The new rules would formalize a set of net neutrality principles in place at the FCC since 2005." Click here for the whole story. 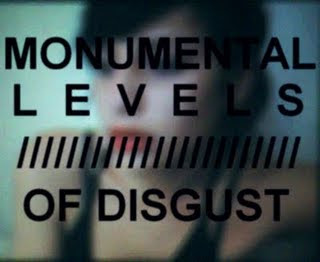 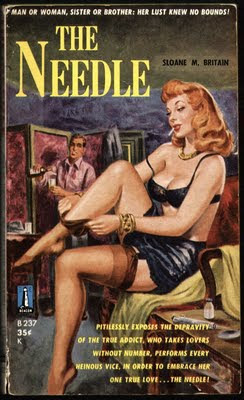 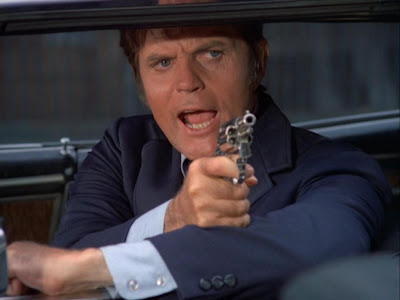 “In Louis Jordan’s classic song, “Saturday Night Fish Fry,” which recounts a riotous party on Rampart Street eventually raided by the police, the hapless protagonist is nabbed by the cops and “booked on suspicion.” Anyone who remembers TV cop shows, like Dragnet and Highway Patrol, recalls dozens of bad guys hauled up “on suspicion” by Sgt. Joe Friday or Chief Dan Matthews. When I was a kid absorbing all this jurisprudence, I had no idea that “suspicion” was not an actual crime that could send you up the river. Even today, I don’t know if “suspicion” was the authentic argot of real cops in those innocent days.Regardless of the era, if the police say they’re arresting a guy on “suspicion of burglary” or some such pretext, they still have to muster enough evidence for a real arraignment. This rule applied to even pre-Miranda cops like Joe Friday. Without a charge, the suspect, no matter how suspicious he looked, had to be cut loose. American justice has always been exceptionally clear on this point: Suspicion by the forces of law and order against an individual implies no guilt whatsoever. Official suspicion confers on the State no right to accuse, pursue, arrest, detain or imprison. Anyone. This principle survived two centuries of challenge, ‘til September 11, 2001.”
Click here for the whole thing.
Posted by Mick at 10/23/2009 04:14:00 PM No comments: 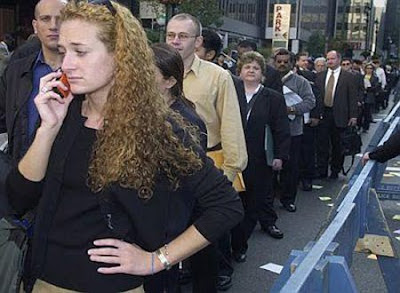 Twenty-three states reported unemployment-rate increases in September, with three registering record job losses, according to the Bureau of Labor Statistics' monthly employment summary – Nevada (at 13.3%), Rhode Island (at 13.0%), and Florida (11.0%) all posted their highest unemployment rates since 1976, when the BLS began monitoring the rates. 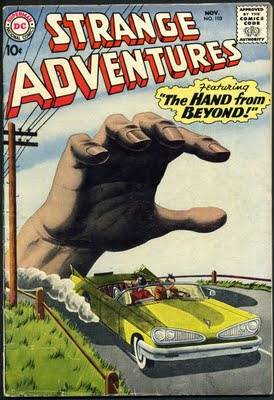 HOW DOES IT FEEL? 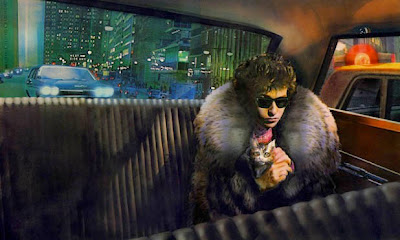 “Did you know OnStar has the ability to shut off your engine, deflate your tires and listen to what you are saying inside your car?? It's true. They never used to use this technology, though it has been available- but now that the government is running GM, apparently they have decided to go ahead with it. Did we miss that press release? At the very least, it should concern you…with this kind of technology in the wrong hands.”
Those of you who watch Countdown with Keith Olbermann will already know Fox News’ house psychotic Glenn Beck has been howling how the OnStar system that provides drivers with GPS enabled navigation, remote diagnostics, and on-board security services will help the "government" to "know where you are in your car all the time" and even put a "microphone" in your car to broadcast socialist propaganda! But, hey, just click here for whole extended audio mania. And – while we’re at it – let’s not forget how, if the rumors are true, the optional voice of OnStar may be that ancient and vicious totalitarian commissar Bob (pictured above) Dylan
Posted by Mick at 10/22/2009 06:59:00 PM 2 comments:

GRATUITOUS GENTRY (or is this just too retro-weird?) 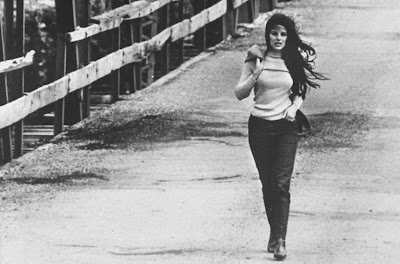 I have always had this strange attraction to Bobbie Gentry’s “Ode To Billie Joe”. If memory serves, I think I once suggested to the rest of The Deviants that we should perform it in a manner that was part Dylan’s “Ballad Of Hollis Brown” and part The Stooges “We Will Fall.” They looked at me as though I was wholly and barking crazy and the idea was never mentioned again, but I continue to this day to find the song hauntingly eerie, slightly creepy and an example of genuine country gothic of a kind that Nick Cave could only seek to emulate. Click here for the clip I found. 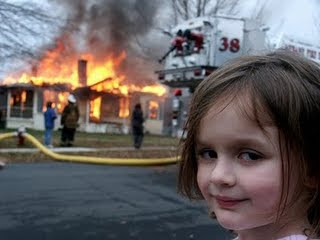 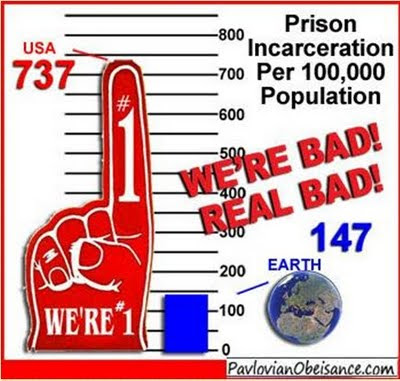 But why don’t we take all this a stage further? The last time I heard a number quoted, it was that a tad more than 80% of the hideously massive US prison population was locked up for crimes that had, at very least, an indirect connection with the sale and use of recreational drugs. Clearly the nation – whether it admits it or not – is conducting a radical rethink of the War on Drugs. Here in LA we have a de facto decriminalization of marijuana and pot shops are opening up on what seems to be every goddamned corner (although still they are still charging prohibition prices – but that’s another story.) What’s annoying me in this instance is that while middle class stoners who can afford the doctor’s $100 fee for a medical marijuana card talk smugly about the joys of their Purple Urkle, the poor bastards who were criminalized in the bad old days still rot in the slam. (Some for long stretches under the mandatory minimums of yesteryear.) And that fucking sucks.
Posted by Mick at 10/21/2009 05:05:00 PM 4 comments: 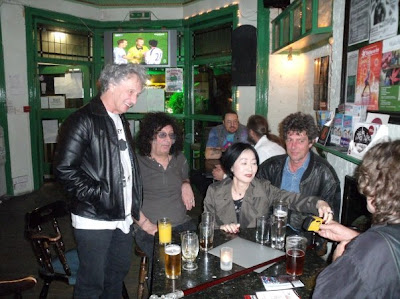 Still basking in a degree of dubious glory, here’s the guys – (l to r) Russell Hunter, yours truly, our great friend Yukiko Akagawa, and Duncan Sanderson – doing a little preshow drinking before our recent Brighton reunion. Plus you can click here for another clip from Rich of the band doing the song “Half Price Drinks.” Sadly the sound is camcorder lousy but word has just come from our pal Gregg the Theremin Guy from the band Paradise 9. “Spoke to Tim earlier. (Rundall, that is, playing guitar in the cowboy hat) He's been talking to Roy who did the sound and recorded the night. I believe they're gonna get together, and either Roy do a mix down of the night and/or Tim has a guy who can do a mix n'all. My mate Philip also video'd the night along with a couple others, so he's gonna get me a copy to pass on and maybe if the quality is ok, maybe a vid may work...but that maybe iffy given the awful lighting that night!”
Posted by Mick at 10/21/2009 05:00:00 PM 1 comment: 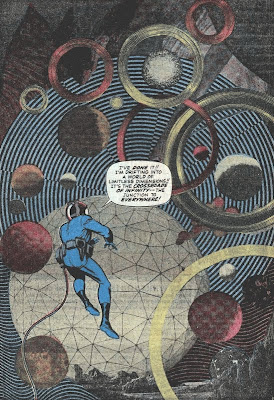 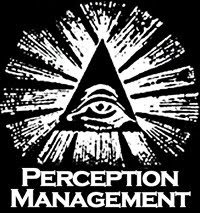 DO WE NEED TO BOYCOTT BUD? 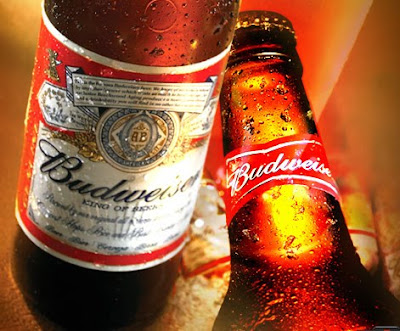 The following came in from MoveOn.org. There are times when I find MoveOn and their constant demands for money kind of irritating, but this does need to be addressed, especially as I rather tend to drink Budweiser by default and because it’s always there….
“Why would a company like Anheuser-Busch oppose solutions to global warming?
Anheuser-Busch is a prominent member of the U.S. Chamber of Commerce, which just launched a $100 million campaign described as a "declaration of war on the White House." The Chamber is pouring millions into killing clean energy as well as health care reform. Recently, an uprising of companies fighting back against the Chamber of Commerce has begun, led by companies like Apple, Nike, Johnson & Johnson, and GE. But Anheuser-Busch continues to help fund the Chamber's anti-climate agenda through their Chamber dues. Can you call Anheuser-Busch and urge them to quit the Chamber of Commerce? If you're a customer of Anheuser-Busch, be sure to mention it when you call. Here's the info: Anheuser-Busch (202) 293-9494”
Posted by Mick at 10/20/2009 03:31:00 PM 2 comments: 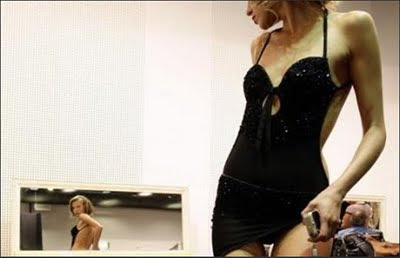 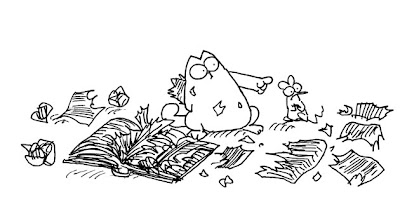 WHEN WILL THIS SHIT STOP? 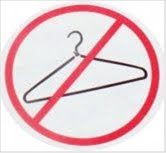 “Hoping to stigmatize, criminalize and otherwise terrorize women seeking abortions, the wise and compassionate legislators of Oklahoma have passed a law that mandates recording and publishing on a website the details of each abortion performed there. No names, but more than enough facts - date, county, age, marital status etc - to out any woman in a small community. Fighting the bill are two lawyers and the Center for Reproductive Rights, which earlier helped defeat a proposed law requiring doctors to describe the ultrasound image of her fetus to any woman seeking an abortion.”
Posted by Mick at 10/20/2009 03:18:00 PM 4 comments: 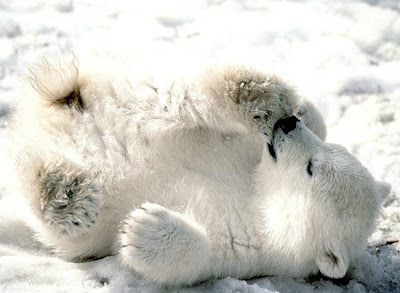 The following arrived in the morning email, and it might be described as winning one for our furry friends.

Dear Mick,
I have some very exciting news to share with you. Yielding to pressure from conservationists, including more than 50,000 NRDC Members and online activists, the Obama Administration has just announced that it will support an upgrade in international protection for polar bears. This is extremely important, because if the world agrees to increase the polar bear's protection under the Convention on International Trade in Endangered Species (CITES), it would help end trophy hunting and stop the global trade in polar bear body parts. Please take a moment to celebrate this announcement with me, because it would never have happened without the activism of NRDC supporters like you! And let's give credit where credit is due: I encourage you to send a message now to Interior Secretary Ken Salazar -- to thank him for doing the right thing for the sake of polar bear survival. But please don't think this battle is over. Between now and March 2010, when the next CITES treaty talks take place, we will have to expand our campaign to make sure that other key nations line up with America's pro-polar-bear position
Frances Beinecke
President Natural Resources Defense Council
Posted by Mick at 10/19/2009 04:14:00 PM No comments: 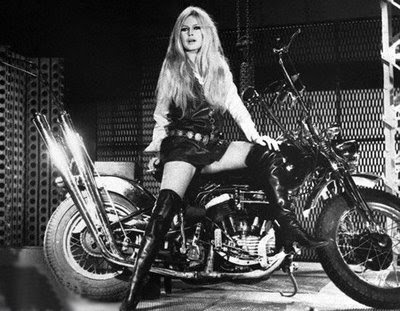 CAN TIME LORDS COME BACK AND BITE US ON THE ASS? 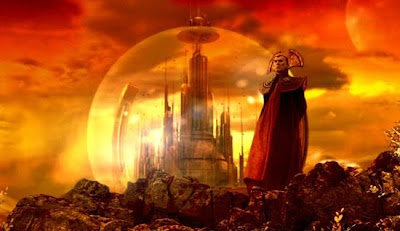 I should have posted this piece by Dennis Overbye that Munz culled from The New York Times while I was away, but better late then never. As it stands it’s long, but truly fascinating to one of my warped perspectives, and also, when you click the link, the NYT wants you to register and – at Doc40 – we don’t like that so here it is complete.