THE HELL OF MARIJUANA ADDICTION 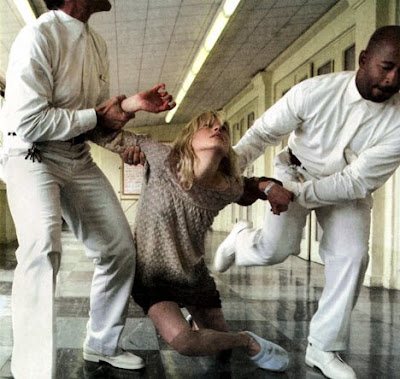 Munz sent us this nonsense from The New York Times as an example of what we may well see all over the panting media as marijuana legalization looms closer to inevitable. Multiple last stands to keep the killer weed illegal will be made by the drug enforcement industry, the incarceration industry, the spurious and almost discredited rehab industry, and folks who just like to throw other folks in jail, not to mention the ever adaptable doctors who, after condemning dope for close to a century, couldn’t wait get their beaks wet with $100 marijuana cards when medicinal marijuana became a reality.

“It was as if she woke up one day and decades of her life had disappeared.
Joyce, 52 and a writer in Manhattan, started smoking pot when she was 15, and for years it was a pleasant escape, a calming protective cloud. Then it became an obsession, something she needed to get through the day. She found herself hiding her addiction from her family, friends and co-workers. I would come home from work, close my door, have my bong, my food, my music and my dog, and I wouldn’t see another person until I went to work the next day,” said Joyce, who like most others in this article asked that her full name not be published, because she does not want people to know about her past drug use. “What kind of life is that? I did that for 20 years.”
She tried to stop, but was anxious, irritable, sleepless and lost. At one point, to soothe her cravings, she took morphine that she found at her dying father’s bedside. She almost overdosed. Two years ago, she checked into the Caron Foundation, a treatment center in Wernersville, Pa. Even there, she said, some other addicts — cocaine and heroin users or alcoholics — downplayed her dependence on marijuana.
“The reality is, I was as sick as them,” Joyce said. She now attends Alcoholics Anonymous, which is also open to drug addicts, and recently married.
Smoking pot, she said, “was a slow form of suicide.”

Click here to read more of this ill-informed crapola, and then reflect that the debate is over. The prohibitionists have lost the drug war. Those lying motherfuckers had it their way for some eighty years and couldn’t have made a worse mess. Now fuck off. It’s our turn.

The secret word is Falsehood 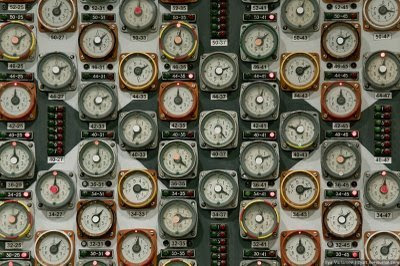 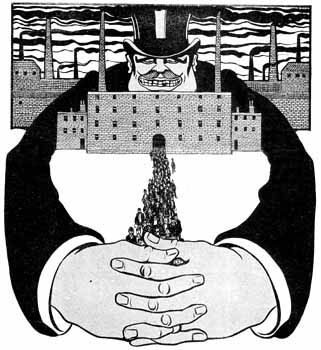 Our pal Bernard, as well as the very wonderful Mother and Doctor from the Bangalore Film Society, have insisted that I read Matt Taibbi’s Rolling Stone story on Goldman Sachs, and here, a little late, but on a warm night when I’ve written too much already, is a link. The story starts…

“The first thing you need to know about Goldman Sachs is that it's everywhere. The world's most powerful investment bank is a great vampire squid wrapped around the face of humanity, relentlessly jamming its blood funnel into anything that smells like money. In fact, the history of the recent financial crisis, which doubles as a history of the rapid decline and fall of the suddenly swindled dry American empire, reads like a Who's Who of Goldman Sachs graduates.”
And then continues at length in the same vein and with horrific detail. Click here.
The secret word is Graft
Posted by Mick at 7/16/2009 09:04:00 PM 1 comment: 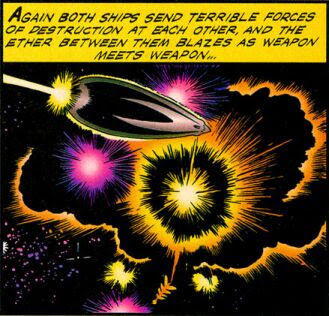 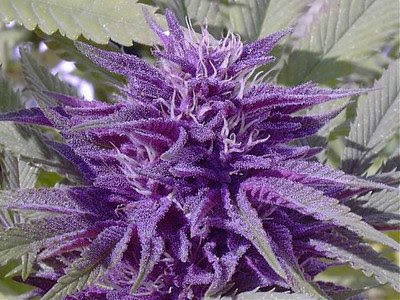 Assemblyman Tom Ammiano's marijuana legalization bill would net California $1.38 billion in tax revenues per year, according to a newly released analysis by the State Board of Equalization. The BOE's estimate parallels a similar analysis by California NORML, which estimated tax revenues at $1.01-$1.26 billion.
Not included are savings in law enforcement costs for investigating, arresting, prosecuting, and imprisoning marijuana offenders, which are estimated to total some hundreds of millions per year.
"With the state in dire financial straits, it makes no sense for taxpayers to be paying to arrest, prosecute and imprison marijuana offenders, when they could be reaping revenues from a legally regulated market," says Dale Gieringer, author of the Cal NORML analysis.
The BOE estimates that the Ammiano bill would net $990 million in excise tax revenues, plus another $392 million in sales taxes, based on a projected state consumption of about 20 million ounces per year.
The Ammiano bill, AB 390, is expected to be heard by the Assembly next January."

It would seem to be the only sane way to go, but, knowing pot-heads, there’s gonna be a one shitload of argument. 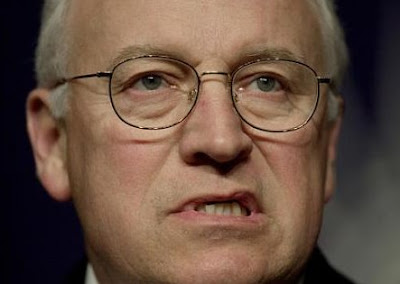 This is an old white male. They are scum. I know. I am one. This one is mean, greedy, fearful, vicious, and stupid, but also sufficiently devious to conform to numerous definitions of evil. He has slimed his way through profits and power since Nixon rolled tape. He wanted to have his own death squad, but when he got one, it fucked up so royally it became an embarrassment to the entire intelligence community. As all this emerges, the old white male should be on his way to jail. Why isn’t he?
Posted by Mick at 7/15/2009 07:53:00 PM 1 comment: 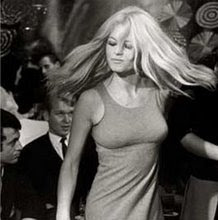 SAVED FROM THE MAN-BEAST 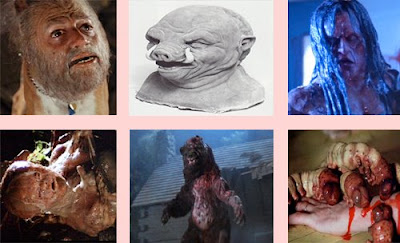 While Democrats fritter away their time on economic recovery and healthcare let’s all give praise that fearless, conservative, god-fearing Republicans are keeping us safe from the really bad shit…

“U.S. Senator Sam Brownback (R-KAN) today with Senator Mary Landrieu (D-LA) introduced the Human-Animal Hybrid Prohibition Act of 2009. “This legislation works to ensure that our society recognizes the dignity and sacredness of human life,” said Brownback. “Creating human-animal hybrids, which permanently alter the genetic makeup of an organism, will challenge the very definition of what it means to be human and is a violation of human dignity and a grave injustice.” The Human-Animal Hybrid Prohibition Act would ban the creation of human-animal hybrids. Human-animal hybrids are defined as those part-human, part-animal creatures, which are created in laboratories, and blur the line between species. The bill is modest in scope and only affects efforts to blur the genetic lines between animals and humans. It does not preclude the use of animals or humans in legitimate research or health care where genetic material is not passed on to future generations, such as the use of a porcine heart valve in a human patient or the use of a lab rat with human diseases to develop treatments. Brownback continued, “This legislation is both philosophical and practical as it has a direct bearing upon the very essence of what it means to be human, and it draws a bright line with respect to how far we can go in attempting to create new creatures made with genes from both humans and animals.”

And let's not forget that Brownback is another member of The Family, that weirdass religious cult for rightwing megalomaniacs with the mysterious and secretive house on C Street. (Click here for more about them.) I don’t think I have anything else to say right now except I’m becoming more and more certain that the wheels are about to come off America. 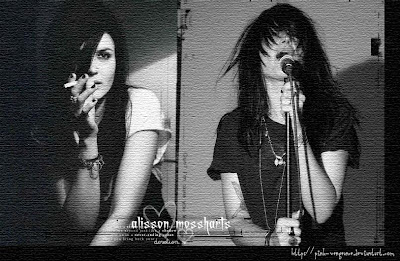 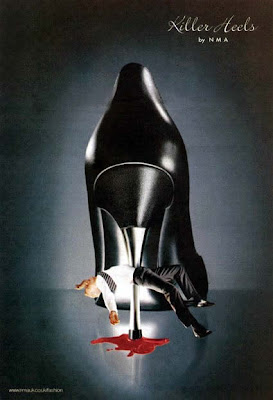 THE NEWS IS FAR FROM GOOD 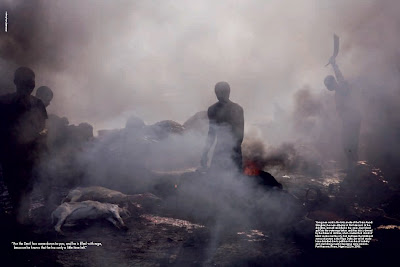 “An effort on the scale of the Apollo mission that sent men to the Moon is needed if humanity is to have a fighting chance of surviving the ravages of climate change. The stakes are high, as, without sustainable growth, "billions of people will be condemned to poverty and much of civilisation will collapse". The report praises the web, which it singles out as 'the most powerful force for globalisation, democratisation, economic growth, and education in history'
This is the stark warning from the biggest single report to look at the future of the planet - obtained by The Independent on Sunday ahead of its official publication next month. Backed by a diverse range of leading organisations such as Unesco, the World Bank, the US army and the Rockefeller Foundation, the 2009 State of the Future report runs to 6,700 pages and draws on contributions from 2,700 experts around the globe. Its findings are described by Ban Ki-moon, Secretary-General of the UN, as providing "invaluable insights into the future for the United Nations, its member states, and civil society".The impact of the global recession is a key theme, with researchers warning that global clean energy, food availability, poverty and the growth of democracy around the world are at "risk of getting worse due to the recession". The report adds: "Too many greedy and deceitful decisions led to a world recession and demonstrated the international interdependence of economics and ethics." Click here for the whole thing.

Jonathan Turley is a law professor at George Washington University and, about half an hour ago on Countdown with Keith Olbermann, he accused the Obama administration and Attorney General Eric Holder of being in the process of reversing the basic Nuremberg principles for the prosecution of war crimes to protect Bush, Cheney, and their hirelings. It may be time to start screaming bloody murder.
Posted by Mick at 7/13/2009 06:39:00 PM 2 comments: 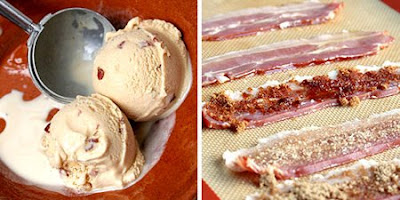 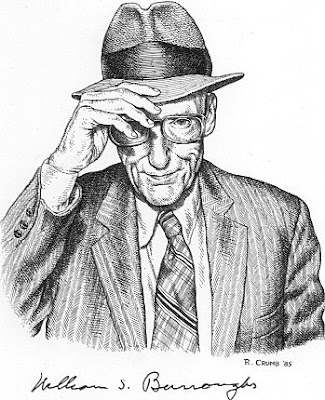