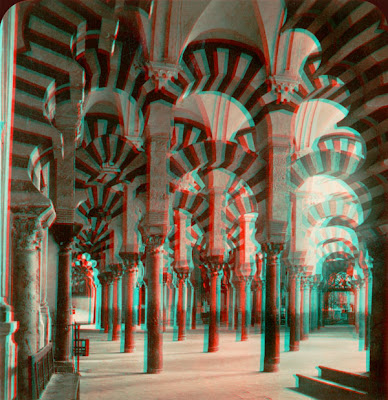 SO? YOU GOT A PAIR OF 3D GLASSES HANDY?

I should be writing about Bubble Boy's fucking demented brainstorm of a military "surge" in Iraq, and how carrier groups are sailing into the Persian Gulf, and how I wouldn't put it past the asshole white devils in power to attempt to slip a new war past us over the holidays while we're drunk, but in the darkness of the year's longest night the whole prospect of both war and Christmas are depressing the hell out of me, and I feel a lot happier posting meaningless images. I mean, this is the first holiday since...well...just since...

The secret word is Numb

(But are the images really that meaningless? (sinister laugh) The Shadow knows!) 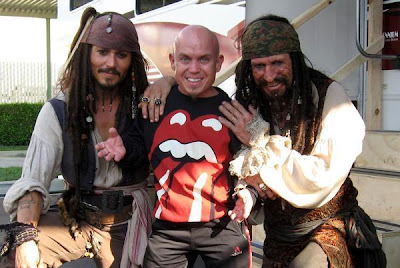 A actual pic of Keith Richards as Jack Sparrow's dad. Remember you saw it here second!

In the new LA CityBeat, I have a whimsical piece on dancing. That's right. Dancing.

The secret word is Tuxedo

My mind is also really from the concept that Bubble Boy George is now demanding a bigger army. (And more tax cuts for the rich.) But more of that later. 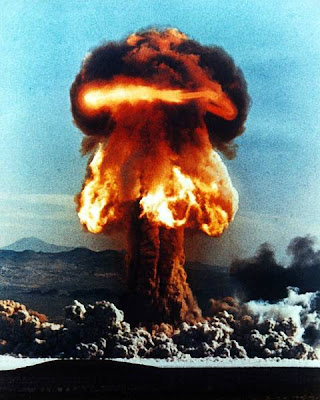 OOOOOPS! (As in serious)
Doug the Bass sent over this little tale of horror…
The Nation Mon Dec 18,
In March 2005, a nuclear warhead almost exploded in Texas. The near miss accident occurred in Amarillo, when workers at the Pantex nuclear weapons plant bungled the dismantling of a W-56 warhead, a weapon 100 times stronger than the atomic bomb dropped on Hiroshima during World War II.
Details of the averted catastrophe have been kept under wraps until last month, when the Department of Energy (DOE) fined the company that operates the plant, BWX Technologies, $110,000 for safety violations.
In a letter obtained by the Project on Government Oversight (POGO), technicians at the plant blamed the accident on severe working conditions, including mandatory 72 to 84 hour work weeks. One nuclear scientist told POGO that he "would not work on his car engine if he were fatigued from a 72-hour work week, and sure as hell would not work on a nuclear weapon."
Besides hellish hours, workers described the "degrading" physical state of the plant in the letter to the BWX board. "Look around the plant. You will find leaking roofs, crumbling buildings, waist-high weed-infested landscapes, barricades and safety tape that makes this once-proud plant look like a crime scene."
In 2007, production goals at the plant will increase by 50 percent, which POGO calls a "recipe for disaster." Clearly it's time for the DOE to step in and show that the government is serious about nuclear security, both abroad and at home.

The secret word is Chernobyl 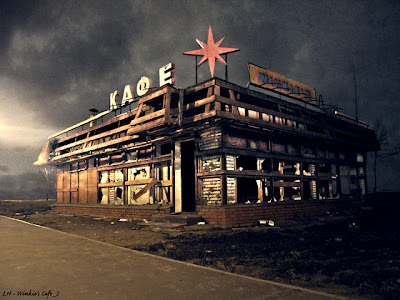 TO THE DYING OF THE LIGHT
With just four days to go to the solstice, the sunset comes before one is ready. (Or even out of bed.) Of course, I am in LA, not Helsinki or Oslo, but the gloom can still be felt and the primeval question nags. Will the light ever return? Our ancestors made every effort to ensure it did, all the way, it’s recorded, to human sacrifice, but, at the same time, they held the Saturnalia of the solstice in order to eat, drink, merrily fist fight, and fornicate like there was no tomorrow. Today, of course, we have Galileo, Copernicus and Newton to assure us that the sun will continue to rise in the morning east, plus our Chanukah candles and Christmas ribbons, maybe some aid from Odin to stave off the twilight, and the Maya at least guarantee us until 2012. This year, though, I have a certain nagging pagan doubt. This has been a year when death has dogged me too hard. Will the sun really return? Or will this be Ragnarok, and should I embrace simply the darkness?

But here’s a bit of background…
Ragnarok ("Doom of the Gods"), also called Gotterdammerung, means the end of the cosmos in Norse mythology. It will be preceded by Fimbulvetr, the winter of winters. Three such winters will follow each other with no summers in between. Conflicts and feuds will break out, even between families, and all morality will disappear. This is the beginning of the end. The wolf Skoll will finally devour the sun, and his brother Hati will eat the moon, plunging the earth into darkness. The stars will vanish from the sky. The earth will shudder with earthquakes, and every bond and fetter will burst, freeing the terrible wolf Fenrir.

The secret words are Cheerful Bastard