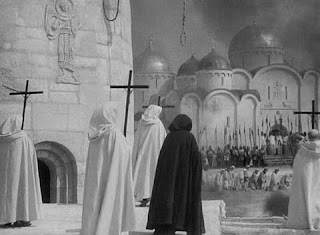 Our pal aeswiren has sent the following from Truth Out with the comment – “As the death spiral of the Bush Administration tightens and Dubya feels the grip of history's contempt on his collar, the temptation to bring down the entire world – to wreak Gotterdammerung and Armageddon in one blow will grow stronger.” The story by JP Briggs II, Ph.D., and Thomas D. Williams starts…

"President George W. Bush has become dangerously steeped in ideas of Armageddon, the Apocalypse, an imminent war with Satanic forces in the Middle East, and an urgency to construct an American theocracy to fulfill God's end-of-days plan, according to close observers. Historians and investigative journalists following the "end-time Christian" movement have grown alarmed at the impact it may be having on Bush's Middle East policies, including the current war in Iraq, the ongoing Israeli-Palestinian crisis, the strife in Lebanon and the administration's repeated attempts to find a cause for war against Iran."
The rest of this story is long, but a major eye opener.
Posted by Mick at 6/30/2007 12:11:00 AM No comments: 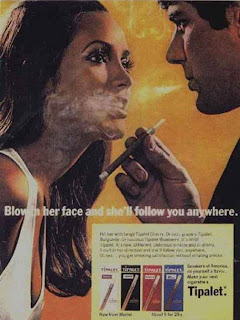 THE LEPER OF CABLE NEWS

The last few days have proved somewhat fragmented, to the point that I totally forgot to provide a link to a savage attack in my LA CityBeat media column on the fetid Lou Dobbs.

THE FUTURE'S GETTING HARDER, BOYS 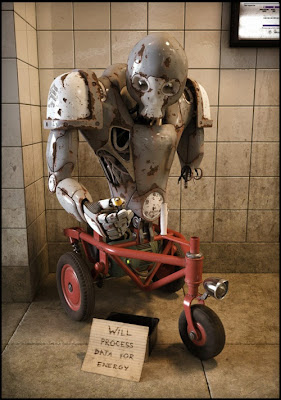 AND NOW FOR THE COMMERCIALS 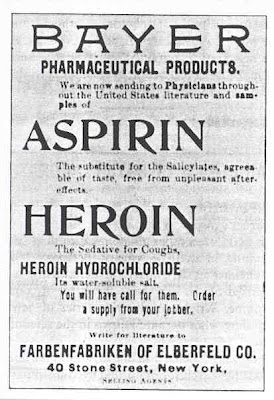 Man, have I gotta cough. Which way to Stone Street? 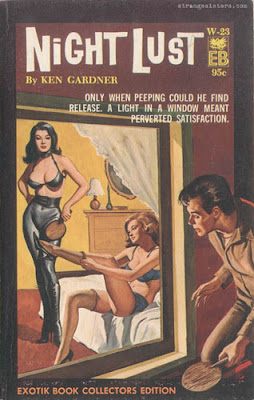 As Dr Kinsey noted at some length, the sexual mindclamp of the mind 20th century, that tried to jail Lenny Bruce for saying “cocksucker”, produced some barely explicable weirdness, in those days of yore when perversion meant perverted, not online nipple-clamp vendors. In this decidedly odd illustration, I can fully understand how the ladies might employ the Ping-Pong bat, but why does the peeping tom need one? Comments are more than welcome.
Posted by Mick at 6/27/2007 03:51:00 AM 5 comments: 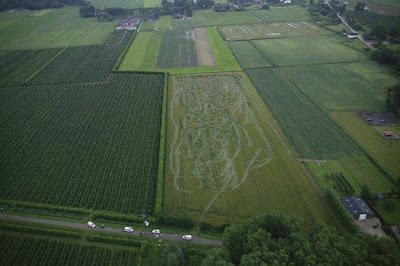 Actually no, much as it would be a blast to believe there were abstract impressionist aliens, the real story from Steve UK goes as follows...
Authorities in Holland successfully managed to capture a man on the loose in his father's car after he crashed it in a ditch, but not before managing to ruin an entire corn field and four police cars. The individual, who was using cocaine, was trying to make an escape from the police when he entered the field. Officers damaged the cars as they attempted to prevent the drug user from returning to public roads. (From Metro freesheet)

AND BY POULAR DEMAND…
An Iggy encore. Not a dry eye in the house. (From noudela)

Oh, and one more time for the thespian prairie dog 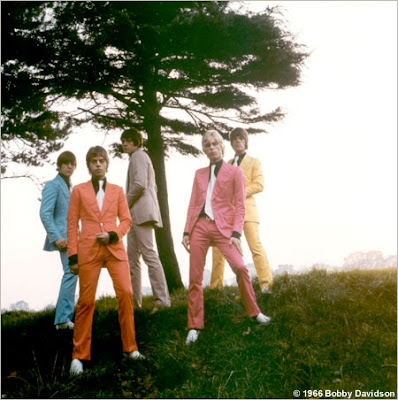 “Why do I have to be Mr. Pink?”
This is the Move in 1966, when acid was a fairly rare, esoteric source of recreation, so quickly made illegal because its users appeared to be having too much fun. The Move's hit that year was “Night Of Fear.” A year later they’d be wearing paisley and singing “I Can Here The Grass Grow.” (Photo and link from 00Soul.)
The secret word is Combo
Posted by Mick at 6/26/2007 12:31:00 AM 9 comments:

CREATURES FROM THE BLACK BUDGET 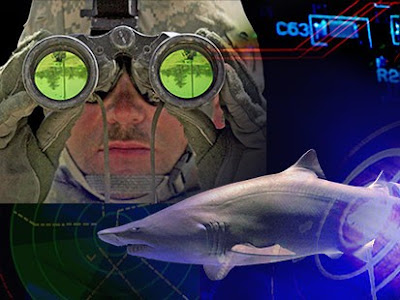 The Pentagon black budget is a secret iceberg that makes all horrors plausible. As in “gee, guys, wouldn’t be nifty to tailor a sexually transmitted long-incubation retro-virus to depopulate a whole third-world mineral-rich continent like Africa. And we can test it on the gay communities in New York and San Francisco.” (Thanks Valerie)

"Creating armor that renders a soldier invisible. Stimulating the brain to suppress sleep for days. Arming sharks with chemical implants and cameras to work as spies. This year the Pentagon will spend $78 billion, about half of all government research and development dollars, on a variety of projects, according to the American Association for the Advancement for Science (AAAS). The vast majority - about $68 billion - goes to traditional spending, like weapons development and space systems. But some fringe research mimics the best of science fiction. There seems to be no failure of imagination in advancing warfare, but some experts fear these farfetched projects show a little too much imagination. Just this month, the government confirmed that an Ohio Air Force laboratory had asked for $7.5 million to build a nonlethal "gay bomb," a weapon that would encourage enemies to make love, not war. The weapon would use strong aphrodisiacs to make enemy troops so sexually attracted to each other that they'd lose interest in fighting. Last year, scientists at Boston University developed brain implants that could steer sharklike dog fish with a phantom odor. Just three years ago, the military funded a specious study of psychic teleportation, according to the Federation of American Scientists. An 88-page report prepared by the Air Force Research Lab contended that moving through mind powers is "quite real and can be controlled."
"The military has a lot of crazy ideas," said Noah Shactman, editor of the Wired blog Danger Room. "But it's hard to turn these ideas into action." For the rest…

The secret words are Need To Know 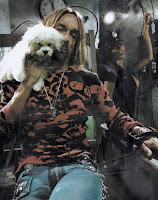 But if the above has depressed the fuck out of you, here’s Iggy at Glastonbury. (How the fuck does he do it at his age?) Thanks Tim B.

AND it would also seem that Peromyscus has worked out a way to save images from the Jackson Pollack Machine, see yesterday’s comments.

Or amphetamines can have similar effect but eliminate the need for boiling water and a mug. (And talking of coffee mugs, I really think a Doc40 coffee mug needs to be organized. Sadly, Café Press doesn’t do a secret decoder ring.)
Posted by Mick at 6/25/2007 01:39:00 AM No comments:

THE FUTURE'S GETTING HARD, BOYS 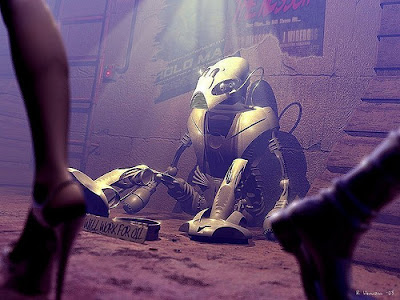 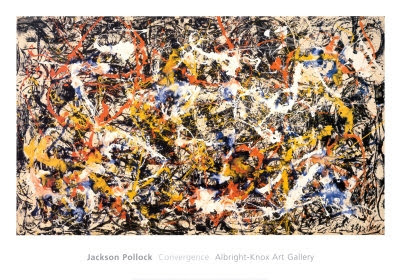 Hello. Missed a couple of days. Have not been feeling well for the last twenty hours, and have been hiding from the computer, and although there is much to discuss, I still feel a tad tired to be sitting at the keyboard for hours on end. On the other hand, I do feel the Doc40 funhouse should not every be closed and shuttered, and also, thanks to our good friend Yukiko, we have a fab toy with which to waste our time. The Jackson Pollack Machine, is truly amazing, but it’s more frustrating that an Etch A Sketch in that I have not found a way to preserve the creation. (Left click to change color.)
We also have amazing aerial photos of highway intersections, a Simpson’s movie trailer from Dimitris, and a killer video of the singing Tesla Coil.
The secret word is Weak
Dave Howson -- RIP
Posted by Mick at 6/24/2007 01:48:00 AM 2 comments:
Newer Posts Older Posts Home
Subscribe to: Posts (Atom)