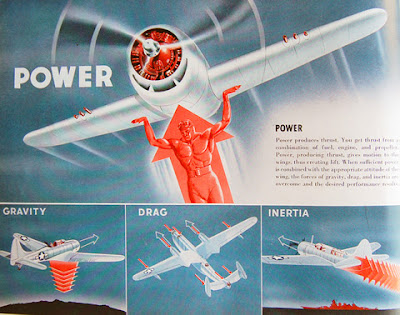 Tonight I'm beat from running around in the rain. I'll write more tomorrow and also add some new tunes to Doctube. The illustration has no real significance except for it's Ayn Rand, power of technology, muscular charm. And that power is something I presently lack.
The secret word is Couch

In this week's LA CityBeat, I have a new media column about all the screens one, in theory, needs to handle all the stuff that's coming at you whether you like it or not. 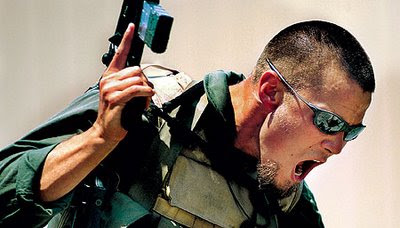 A lawsuit against government contractor Blackwater Worldwide accuses its bodyguards of ignoring a direct order and abandoning their post shortly before taking part in a shooting in Baghdad that killed 17 Iraqi civilians. Filed this week in U.S. District Court in Washington, the complaint also accuses North Carolina-based Blackwater of failing to give drug tests to its guards in Baghdad — even though an estimated one in four of them was using steroids or other "judgment altering substances." Click for more. (And also go back to October 13th.)

WHEN IS ENOUGH ENOUGH?

Coming on top of the sentence imposed on the unfortunate Saudi gang-rape victim, Miss Templeton protests this latest excess of absolutist Islamic jurisprudence, and writes…
KHARTOUM, Sudan - Sudan charged a British teacher Wednesday with inciting religious hatred after she allowed her students to name a teddy bear Muhammad, an offense that could subject her to 40 lashes, the Justice Ministry said. The charge against Gillian Gibbons was sure to heighten tensions between Sudan and Britain. In London, Foreign Secretary David Miliband urgently summoned the Sudanese ambassador to discuss the case, the British government said. Gibbons, 54, was arrested Sunday after some of her pupils' parents complained, accusing her of naming the bear after Islam's prophet. Muhammad is a common name among Muslim men, but giving the prophet's name to an animal would be seen as insulting by many Muslims. Yes, it's just another 'click-me' Yahoo headline, but am I right in thinking "This global religious fundamentalism thing they've all got going on...maybe a bridge too far?" Paddington Bear asks you to spread the word...

WHEN WATER WILL BE THE NEW OIL 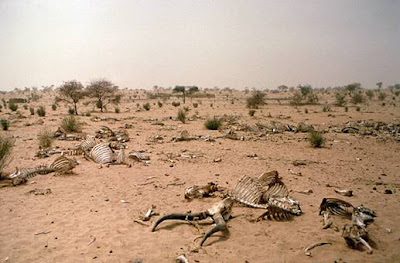 "As droughts reach record levels from Atlanta to Australia, no one is asking the tough question: What happens when there is not enough water to go around?"

Thus read the subhead on the Alternet story forwarded by Iggymak, and after that the examples abounded, as in...

"Over the last decade, 15 to 20 percent decreases in precipitation have been recorded. These water losses have been accompanied by record temperatures and increasing wildfires in areas where populations have been growing rapidly. A fierce drought has settled in -- of the hundred-year variety. Lawns can be watered but just for a few hours a day (and only by bucket); four-minute showers are the max allowed. Car washes are gone, though you can clean absolutely essential car windows and mirrors by hand."

Click here for the whole story, but it always struck me that water crisis might even break up nations. A terrible future crunch could come in the US South West where two expanding cities – Los Angeles and Las Vegas – occupy approximately the same desert and depend on common water sources. I may not live to see a favorite paranoid fantasy -- nuclear war over water between California and Nevada -- but that's not to say it couldn’t happen around 2040.

The secret word is Evian

CRYPTIQUE – Fish fuck in it. 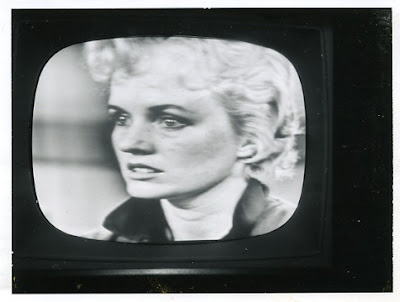 This would appear to be a very disturbed website. Or maybe it’s art. Or electronic necrophilia. I dunno, but I find it disturbing. A guy in 1957 sitting in a room taking photographs of women on his flickering rabbit ear TV. Maybe he also drove a cab. And now those photos are preserved for posterity and what he probably though was a solitary -- well who the fuck really knew what he thought -- is now circulated by electronic systems the noctural photgrapher would hardly have dreamed of in his darkened room. I guess it’s only creepy in the context of imagination and the passage of time. Maybe.

And I just can’t resist playing with it, and thusly have posted a whole bunch more music clips on Doctube (see Sunday for the full story) “Of course I drop some acid when I see Mick and Andy. It makes them even more interesting.”

Mick Farren and Andy Colquhoun will once again pumping out their two-man psychedelic deviant future blues – with their new guitar buddy Tom Gardner – at Tequila Mockingbird’s Club Fluffer at the Hyperion Tavern at 1941 Hyperion (look for the red fairy lights) in Silver Lake this Thursday (November 29th) and you are cordially invited. Showing up around 9.00 would be about right.
Posted by Mick at 11/26/2007 02:30:00 PM 1 comment: 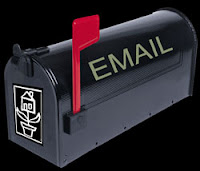 The email is still Byron4d@msn.com
And since we have this brand new Doctube music annex in business, interesting video links are welcome. (But don’t send me one of your eager new band, hey. I probably won’t post it.)
Posted by Mick at 11/26/2007 02:23:00 PM No comments: 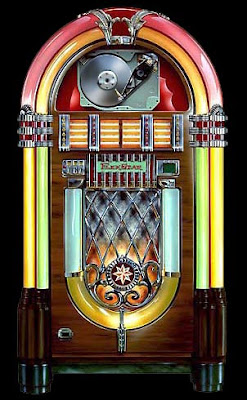 Every since Blogger made it possible, I have been including links to what I considered the best music videos I could find on YouTube and elsewhere, and they seem to keep you guys amused, and even simulate some positive feedback as in the recent case of The Monks that everyone seemed to like. But the blog moves on, and it can be hard to scroll back and watch something again, plus there’s also so much more out there than can be posted on Doc40 and still leave time and space for fighting the oppressor, exposing the idiocy, watching science fiction become reality, and all the other fun stuff we seem to enjoy. Accordingly, I sat down and constructed a new parallel page that goes by the name of Doctube that will act as a virtual video jukebox and is now up and running. The regularly updated content will simply be the very best stuff I can find, although some may find it the predictable taste of a antique boho, but what the fuck. It’s something to do in the long winter evenings and some of this stuff is truly amazing.

The secret word is Eclectic

THE WOMAN WHO STOPS LIGHT IN ITS TRACKS 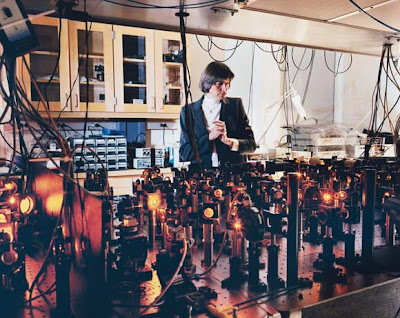 UK Steve sent us this quite mind boggling story from Wired. (And wouldn’t you just love to have that lab in which to play?

Lene Vestergaard Hau can stop a pulse of light in midflight, start it up again at 0.13 miles per hour, and then make it appear in a completely different location. "It's like a little magic trick," says Hau, a Harvard physicist. "Of course, in all magic tricks there's a secret." And her secret is a 0.1-mm lump of atoms called a Bose-Einstein condensate, cooled nearly to absolute zero (-459.67 degrees Fahrenheit) in a steel container with tiny windows. Normally — well, in a vacuum — light goes 186,282 miles per second. But things are different inside a BEC, a strange place where millions of atoms move — barely — in quantum lockstep. About a decade ago, Hau started playing with BECs — for a physicist, that means shooting lasers at them. She blew up a few. Eventually, she found that lasers of the right wavelengths could tune the optical properties of a BEC, giving Hau an almost supernatural command over any other light shined into it. Her first trick was slowing a pulse of light to a crawl — 15 mph as it traveled through the BEC. Since then, Hau has completely frozen a pulse and then released it. And recently she shot a pulse into one BEC and stopped it — turning the BEC into a hologram, a sort of matter version of the pulse. Then she transferred that matter waveform into an entirely different BEC nearby — which emitted the original light pulse. That's just freaky. Hey, Einstein may have set that initial speed limit of light, but he only theorized about BECs. "It's not breaking relativity," Hau says. "But I'm sure he would have been rather surprised."