SOME WEEKEND LINKS
The blog of Donnel Alexander
http://www.myspace.com/donnellalexander
Political Dylan parody sent by 00Soul
http://-paulhipp-.cf.huffingtonpost.com/Audio%20Only.html
Mo’ Valley Boy
http://www.valleyboy.net/
Mo’ hipspinster
http://hipspinster.blogspot.com
And folks saying nice things about me (and the autobiography referred to is Give The Anarchist A Cigarette)
http://www.blackcatbone.34sp.com/phpBB2/viewtopic.php?t=46693
Posted by Mick at 8/19/2006 11:55:00 PM No comments: 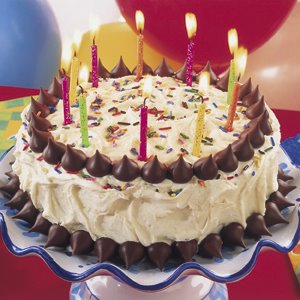 Posted by Mick at 8/19/2006 11:41:00 PM No comments:
INCORRECT? YEAH, BUT YOU GOTTA LAUGH
Doug the Bass writes...
OK, I have to admit it. "Politically correct" behavior and language has had a seriously negative effect on the state of humor. I confess that, as much as I detest nationalist stereotypes, few things strike fear into me like the concept of "New Age Standup". It's hard to escape the fact that humor remains the most intelligent form of cruelty. Still, that's no excuse for me forwarding this...
AND HERE’S THE JOKE...
LOGIC BADA BING
Vinny and Sal are out in the woods hunting when suddenly Sal grabs his chest and falls to the ground. He doesn't seem to be breathing; his eyes are rolled back in his head. Vinny whips out his cell phone and calls 911. He gasps to the operator, I think Sal is dead! What should I do?"
The operator, in a calm soothing voice says, "Just take it easy and follow my instructions. First, let's make sure he's dead."
There is a silence. and then a shot is heard.
Vinny voice comes back on the line, "Okay ... now what?"

The secret word is Goombah 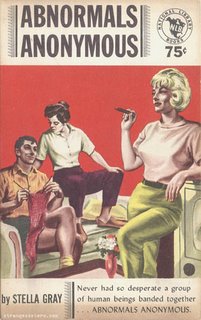 THE BULWER-LYTTON FICTION CONTEST
(from Jude at Borderlands books in SF)
The winners of the Bulwer-Lytton Fiction Contest for 2006 have been announced! In case you're not familliar with this august contest, (whose results are announced in July) their website explains it succinctly: "An international literary parody contest, the competition honors the memory (if not the reputation) of Victorian novelist Edward George Earl Bulwer-Lytton (1803-1873). The goal of the contest is the essence of simplicity: entrants are challenged to submit bad opening sentences to imaginary novels." This year's winner was submitted by Jim Guigli of Carmichael, CA: "Detective Bart Lasiter was in his office studying the light from his one small window falling on his super burrito when the door swung open to reveal a woman whose body said you've had your last burrito for a while, whose face said angels did exist, and whose eyes said she could make you dig your own grave and lick the shovel clean." For more startlingly bad opening lines, visit

And talking of books, reports have come out of Crawford, Texas, that our President was seen looking at a copy of The Stranger by Albert Camus. We can only assume that, from the title, he assumed it was a western.

The secret word is Literacy 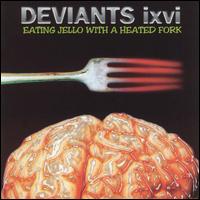 SELF ADVERTIZING
I discovered this glowing review of the 1996 Deviants studio CD cut in LA, and since, it’s a bit of a rare forgotten gem, I thought I’d toss it up while recuperating.
http://www.answers.com/topic/eating-jello-with-a-heated-fork
Posted by Mick at 8/16/2006 04:32:00 AM 1 comment: 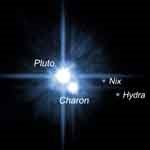 IS PLUTO A PLANET?
(AND THEREFORE WHAT THE FUCK IS GOOFY?)
Nearly 2,500 astronomers from 75 countries gathered in Prague Monday to come up with a universal definition of what qualifies as a planet and possibly decide whether Pluto should keep its planet status. For more...
http://www.bloomberg.com/apps/news?pid=20601085&sid=aCyILM8pzjwk&refer=europe

(Am still not feeling well, but have antibiotics and may live.)

The secret word is Hack 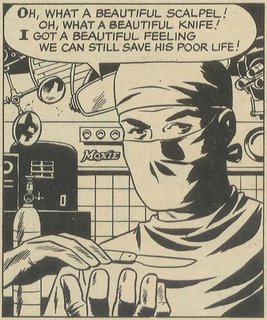 I am feeling a little unwell today. Mo better tommorow, I hopes.

The secret word is Zygote