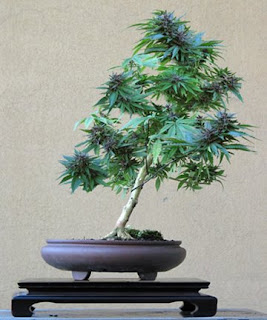 “Researchers say they have located the world's oldest stash of marijuana, in a tomb in a remote part of China.
The cache of cannabis is about 2,700 years old and was clearly "cultivated for psychoactive purposes," rather than as fiber for clothing or as food, says a research paper in the Journal of Experimental Botany.
The 789 grams of dried cannabis was buried alongside a light-haired, blue-eyed Caucasian man, likely a shaman of the Gushi culture, near Turpan in northwestern China.
The extremely dry conditions and alkaline soil acted as preservatives, allowing a team of scientists to carefully analyze the stash, which still looked green though it had lost its distinctive odor.
"To our knowledge, these investigations provide the oldest documentation of cannabis as a pharmacologically active agent," says the newly published paper, whose lead author was American neurologist Dr. Ethan B. Russo.”

Click here for the whole weird tale. (Although it does fail to explain how a light-haired, blue-eyed Caucasian came to be a shaman of the Gushi 2,700 years ago.)

The secret word is Inhale

HOUSTON, WE HAVE A PROBLEM 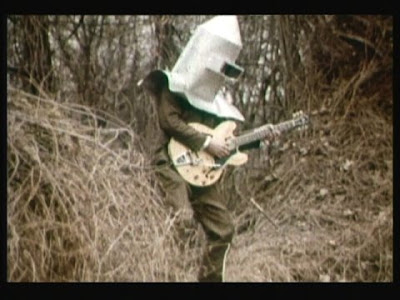 TWILGHT OF THE BEES 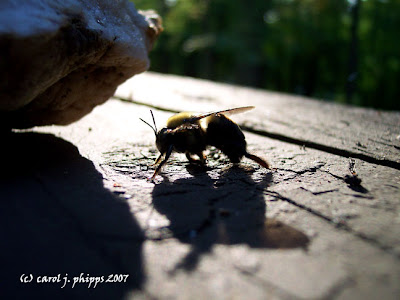 Aeswiren brings us back from turkey euphoria with a dose of sobering reality.

“Right now the gathering crisis of the honeybee is out of the headlines, because it's winter in the Northern Hemisphere. But as soon as spring arrives--beginning with the great Almond pollination in California in February, the disintegration of the US Beekeeping industry will be glaringly obvious once again. CCD-- Colony Collapse Disorder was the big story last summer and spring. The question posed by mainstream media was "what's killing the bees?" The answer is not one that either the media or the world will really want to hear.Read "Fruitless Fall-- the Collapse of the Honey Bee and the Coming Agricultural Crisis" by Rowan Jacobsen (Bloomsbury USA) for all the details. Essential points:-- Square large cell industrial hive "frames"-- with 5.4 mm sized cells-- are as alien to bee nature as factory farming is to cows, pigs and chickens. CCD is most probably the result of multiple stresses on bees-- from being shipped around the country to work various crops, to being exposed to pesticides, especially the new, insidious neonicotinoids like imidacloprid, to the horror of infestation with Varroa Mites (imagine doing hard physical work with two or three ticks the size of teapots sucking your blood). At a certain point, the bees are so weakened they can't keep up bee life, the neonicotinoids overwhelm their ability to "think" straight as a group mind and they disperse and die.Africanized bees-- smaller than the gentle Italian origin industrialized bees, build smaller combs with smaller cell size and destroy Varroa mites. However, they are impossible to use in an industrial way, for their famous orneriness.However-- allow industrialized bees to work with small cell sizes – closer to their natural range-- and they too get rid of Varroa Mites. The difference seems to be that in the 5.4 mm cells the mites can hide behind the larvae and pupae they are parasitizing without making noise. In 4.9 mm cells, they can't help but make sound moving around. Nurse bees detect them and chew their legs off and toss their bodies out of the nest.In the wild, bees make different sizes of cells and bees through the season, and produce small bees for over wintering, and in the spring, but larger bees in mid summer and fall. The industrial bee hive doesn't allow for this, being one size fits all, all year round.As a business, Bee Keeping is as underwater as a Sub Prime Mortgage. Costs have reached something in the order of $100 a hive per year, but today, hives can only produce about $50 to $80 worth of honey. This is why the huge Almond Pollination Frenzy in California every February is crucial to bee keepers now. California produces 80% of the world's almonds, and world consumption of almonds is soaring. Almond Growers must have bees to pollinate their trees or they get no almonds and currently they are spending about $2000 per acre to produce between 2,000 and 3,000 lbs of almonds for which they are averaging $2 a pound. Out of the $2000 they now pay beekeepers $150 to $180 per hive. However, so many industrialized hives are sickly, weak or dead, that there is now considerable tension between almond growers and beekeepers over the issue of insufficient pollination. On the other side of the coin, so many hives die from being shipped to California-- whether from stress or disease picked up from other hives-- that beekeepers have to factor in losses of as much as one third of their hives.Without honeybees a huge range of crops-- from Oranges to those Almonds will either cease to exist, or have to be pollinated by hand. Hand pollination is becoming common in parts of china that are too toxic for bees or any other pollinators to survive in. Hand pollinated fruit in the USA? Likely to be very expensive. Without pollinators, large sections of US Agriculture are quite likely to collapse and disappear. Honeybees are the canaries in the coalmine when it comes to industrialized agriculture. The whole system is perversely exploitative, unhealthy and unsustainable. As it decays and quite possibly breaks down, food quality will diminish even further and prices will rise quickly.”

EARLIER IN THE WEEK WE WERE TALKING TOAST 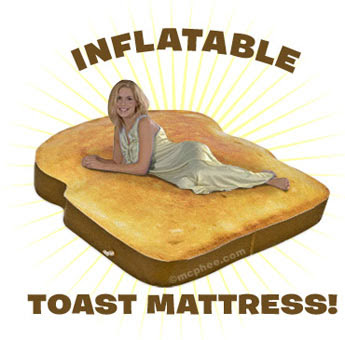 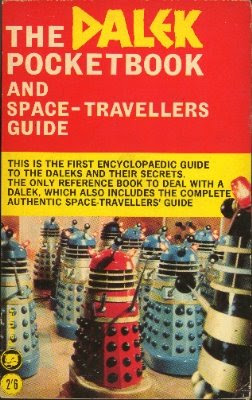 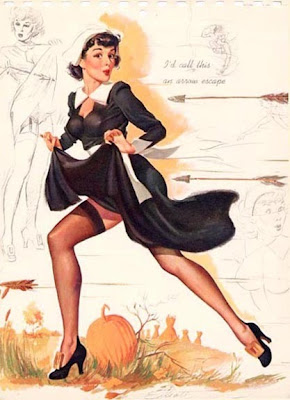 Despite all the manifold horror in the world, it is still Turkey Day in the USA and we will do what’s expected of us. Maybe the fact that we can eat, drink, and be merry while all goes to hell around us is the nature of human resilience.

Noudela also sent us a link to a video of turkey revenge. 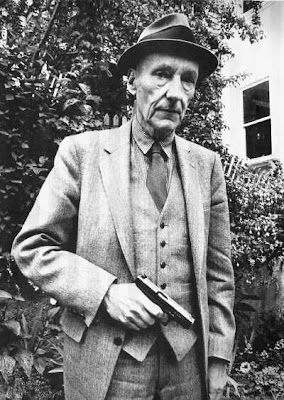 Uncle Bill draws down on the flightless butterball. 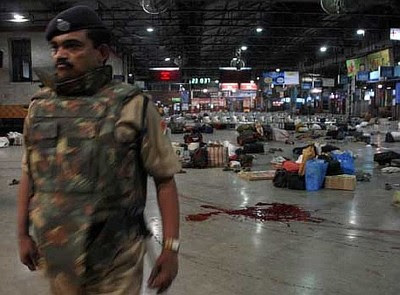 I had a bunch of Doc40 fun stuff prepared for Thanksgiving, but suddenly it no longer makes sense as the reports roll in about the attacks on Mumbai. Now, as the TV and the computer bring in the bad news, and all I can do is wait and watch impotently, see what happens next, and offer our collective sympathy to our friends in India.
Posted by Mick at 11/26/2008 04:29:00 PM 8 comments:

SOCIALISM IS A NINE-LETTER WORD 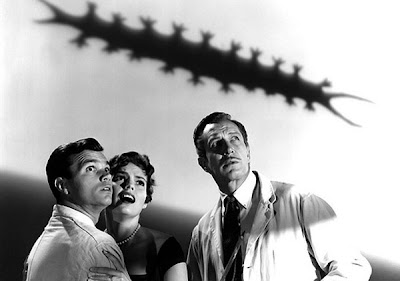 Not many Republicans stop by Doc40 and usually it’s a brief and accidental visit. If there are any of you out there, however, isn’t it time you read the memo? You lost the election. You lost because, for eight years, you ran with a vicious idiot of president, and, for even longer, the country was conned into organizing itself according your deregulated, market-driven economic theories that have finally launched us into the abyss of disaster. You are not credible. Fuck off and shut up. I do not want to hear you bleating from the sidelines about the evils of deficit spending, tax cuts, unions, or universal healthcare, or expecting auto workers to give up their pensions, or using socialism as a dirty word. The discredited Bush also has to stop laying a leaving-office minefield for the President Elect in the form of executive orders that will do everything possible to mess up the environment, enrich the oil barons, and allow the crooks and torturers to get away with murder. You have to realize that neither Jesus nor the idiotic Sarah Palin will rescue you and your illusions of greed-as-a-virtue. The only thing that will save this wretched, ruined superpower is massive government intervention. So please, go away and shut the fuck up. Take your licking and stop ticking. This mess has to be cleaned up, goddamn it!

The secret words are Cease and Desist 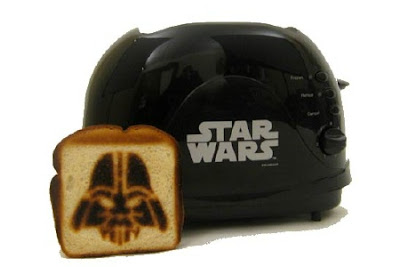 HCB sent over this picture of the Darth Vader toaster that actually burns an image of the Dark Lord of the Sith into your toast. I recall a breakfast cereal called Force existed when I was a kid back in England. I guess the two would have made a highly symbolic pairing (along with some marmalade, dairy products, and a bloody Mary.)

The capacity to burn images into toast also opens a weird wealth of possibilities. (And shuts down some damned absurd sales on eBay.) Elvis, Jesus, Batman, Cartman, a marijuana leaf, the Virgin Mary, and the President Elect could all become a brand on bread. The nation eats its idols and I worry about the symbolism.

THE ADVENTURES OF MARILYN (Part ERB710) 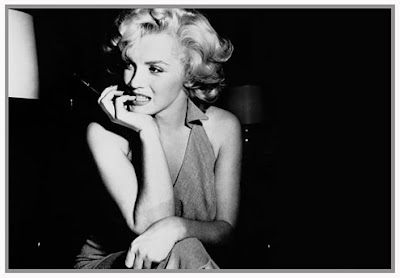 In which Marilyn taps her perfect teeth impatiently. She is anxious, although trying to maintain a calm demeanor in front of the Green Warriors. She knows that, without power, and unable to flee the Barsoomian reality quadrant, she will soon fall under the spell of the Therns from the River Iss, who – led by the assassin Gor Hajus – will undoubtedly sell her as a warmbody to Vobis Kan, the Mastermind, for his evil research in the laboratories of Morbus. Marilyn is nervous. What has become of Thuvia, her airship, and her banths? Is Tul Axatar still sacking Raxar to make himself the Second Padwar? Most important, where is Tars Tarkas, the Jeddak of Thark, and the crucial relief column?
Posted by Mick at 11/23/2008 06:03:00 PM 3 comments: 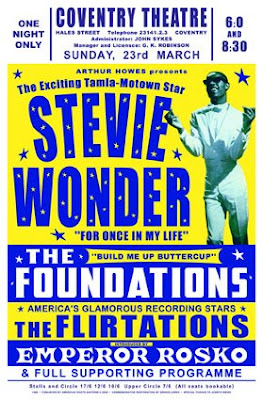 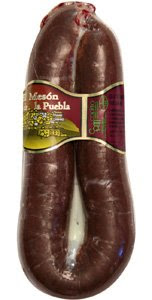