CAN YOU SPELL GYLLENHAAL? 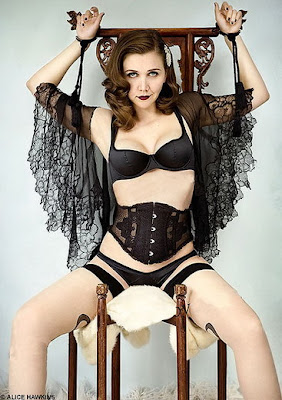 Actress Maggie Gyllenhaal has long been a solid favorite of Doc 40, and the above picture is published to mark the fact that she taken over from Kate Moss as spokes-whatever of lingerie line Agent Provocateur. Yeah. Right. We take note of lingerie promotions. Would you believe that we’re publishing the post because the much admired Miss Gyllenhaal seems to have definite inclination for erotic restraint? I mean, she was locked into all those intricate devices in the 2002 movie Secretary and now this. Or maybe we’re posting this out simple animal voyeurism?
But talking of animals…
Posted by Mick at 9/14/2007 08:04:00 PM 4 comments:

"WHAT HAVE THEY DONE TO THE EARTH?'"

The following horror story comes out of China…
"The pelts of 27 snow leopards were recently seized from a black market trader in China. The record bust highlights the menacing threat to one of the world's most endangered cats, experts say. Acting on a tip, agents from China's State Forestry Administration raided an apartment in western China last month, according to state media. Police arrested the fur trader, identified only as Mr. Ma, after discovering the cache of pelts, along with 104 bear skins and parts of clouded leopards and lynx "Police found three snow leopard heads and two snow leopard skeletons in the raid," Ge Yun, of the China-based nonprofit Xinjiang Conservation Fund (XCF), told National Geographic News. The seizure is reportedly the largest haul of leopard pelts since Chinese officials began keeping records in 1949. An official with China's State Forest Administration, who identified himself as Mr. Li, confirmed the arrests in a telephone interview but declined to offer details. "The snow leopard is endangered, and the government is working very hard to protect it," he said." Click for more
Posted by Mick at 9/14/2007 07:58:00 PM 1 comment:

"WHAT HAVE THEY DONE TO OUR FAIR SISTER?'"

We’re Iberian lynx* and this is our tale of woe. (Sent by Valerie) When the fuck are you humans going to leave us animals alone?

"THE SCREAM OF THE BUTTERFLY"

Having been using lyric fragments through this post, here’s a full 12 minutes of The Doors doing a live version “When The Music’s Over”.

Oh yeah, Andy and I had a really swell time playing the Hyperion Tavern last night. Great crowd, great reception. We resolve to make it regular haunt. We also discovered it was formerly gay bondage bar called Cuffs. (Which kinda takes us back to the top of the post.) 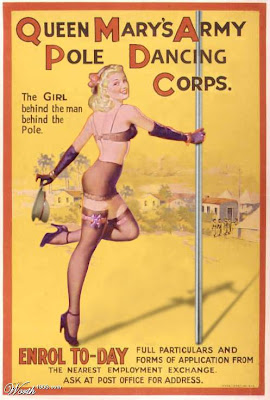 Sadly the ladies of the QMAPDP may be unable to make the gig but Mick Farren and Andy Colquhoun can be counted on to be rolling out their two-man psychedelic deviant future blues at Tequila Mockingbird’s Club Fluffer at the Hyperion Tavern in Silver Lake TONIGHT! (September 13th) and you are cordially invited. We have still not been informed of show time, but we figure showing up between 9.30 and 10.00 PM would be about right.

THE ROAD TO QUAGMIRE 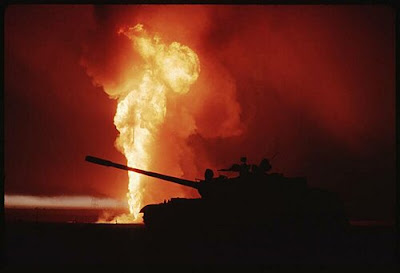 Aeswiren, who we depend on to keep an eye on these kind of things sent this acute analysis of how the Reagan Administration taught the Saudis the art of advanced corporate fraud. (The kind that involved oil, rather wives, camels, or goats.) And, of course, at precisely the same time, the CIA was pouring billions of dollars into the Mujahedeen in Afghanistan to support their guerrilla war against the Soviets. And, needless to say, one of the Mujahedeen’s most prominent organizers and financiers was a wealthy young Saudi named Osama Bin Laden.

“Oil is so important to the strength of a nation’s economy that it was the United States’ final plan of attack to crush the Soviets. During the late summer of 1985, the Reagan administration had a sudden stroke of genius. Tired of the stalemate, the American government knew that the only alternative to physical destruction of the Soviet Union was to nuke their economy. And knowing that much of its economy was based on two exports— oil to Europe and military weapons and training to anti-Western countries—we found an in. Mindful of the saying “the enemy of my enemy is my friend,” we decided to make a little pact with Saudi Arabia—an offer the Saudis couldn’t refuse. You see, high oil prices from OPEC kept Soviet exports to Europe and other countries profitable. It also allowed Iraq, Iran and Syria to purchase advanced Soviet weapons and training. And those countries had been threatening Saudi Arabia for years. The high oil price also allowed the Soviet Union to keep a military presence in South Yemen, Syria, Ethiopia and Afghanistan. The idea was to bankrupt the Soviet Union by having Saudi Arabia drop its oil prices far below what the Soviets could afford to sell for. Once non-Soviet prices were lowered, former Soviet oil clients would cease buying from the USSR, killing the communist giant’s income. It would also harm the Soviet economy because Iraq, Iran and Syria would no longer be able to sell their oil at prices high enough to be able to afford Soviet weapons and training. It was a sucker punch to end the Cold War, a numbers-crunching accountant’s wet dream . . . and it was just crazy enough to work. But that’s also where the problems begin. In short, we taught the Saudis how to cook the books and how to make their supplies appear larger than they really were to keep the oil prices low. In December 1985, the price of oil was $26.46. And then, suddenly, on March 31, 1986, it plummeted to $10.25. The Soviets couldn’t keep up, and their economy began to collapse. Our part of the bargain for Saudi Arabia’s aid in bankrupting the Soviets would become known as Operation Desert Storm. But the book-cooking lessons learned by the Saudis would soon become widespread among OPEC nations— and even among Big Oil companies. And after decades of inflating their actual reserve numbers without finding any more significant oil resources, the future of the world’s oil is falling apart faster than a canvas shoe on a rainy day.” From Report -- Energy and Capital.

The secret word is Hydrocarbon

And, for the rock & roll section of our show, what better than David Bowie live and “Putting Out Fire With Gasoline.” 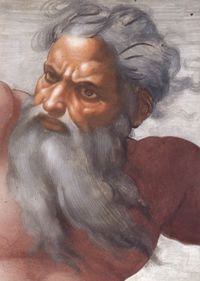 “THIS IS NOT MY BLOODY PHONE NUMBER!!!”

Or however the angry voice of God might look in print. (This is all the fault of Munz.)

As the Army in the form of Gen. David Petraeus, recommends that decisions on the contentious issue of reducing the main body of the American troops in Iraq be put off for six months, the Navy has made it their mission deafen, disorientate and kill whales. The following letter from James Taylor (yes, that James Taylor) was forwarded by Sky. Do what you can.

"The Navy's sonic assault on whales should be stopped immediately. I'm asking for your help to make it happen. Let me be clear: I have the deepest respect for the U.S. Navy. When I was growing up, my father was a doctor and commander in the Navy. His role in helping to establish a base at the South Pole in 1957, as part of the International Geophysical Year, had a lifelong impact on me. We loved the Navy because it helped win World War II. But we also loved the Navy because it was a leader in the scientific study of the natural world. That's why I feel so strongly that today's Navy should be using its vast resources to protect not just our nation but the health of our planet's oceans as well. And it's why I am so distressed by the acoustic onslaught the Navy is now waging beneath our planet's oceans -- an onslaught known to kill whales with dangerous mid-frequency sound waves. Mid-frequency sonar is designed to detect enemy submarines. The Navy's warships deploy underwater speakers that blast the ocean with noise in excess of 235 decibels -- a sonic barrage roughly comparable to a Saturn V rocket at blast-off. That explosive level of noise can cause whales -- who have an exquisite sense of hearing -- to panic, surface too quickly, and hemorrhage internally. Many beached whales have been found bleeding around their brains and ears after their fatal encounters with military sonar. Imagine a sound so disorienting or so painful that you jump out of the sea and die on the beach rather than be subjected to it for another minute! From a whale's point of view, the Navy's sonic assault must seem like torture. But that torture isn't just cruel, it's unnecessary. You see, the Navy could adopt simple safety measures when training with sonar that would prevent the needless infliction of pain and death on these magnificent animals. For example, the Navy could avoid marine habitats where whales are known to migrate, feed, and raise their young. These common-sense precautions would not compromise military readiness. But the Navy refuses. So the maiming and killing of whales goes on. This callousness toward nature -- toward the ocean itself -- does not reflect the Navy I grew up with. We deserve better. And, as Americans, it's our right to demand better. Our message is simple: Whales should not have to die for military practice. Please join me and millions of other people in getting that message to the U.S. Navy and to Congress. Click here now and tell the Navy to do the right thing.
Sincerely, James Taylor, RDC Action Fund"
Posted by Mick at 9/11/2007 12:22:00 AM 3 comments:

…the only person on the planet who hasn’t seen the Britney Spears MTV Awards train wreck, here it is again. 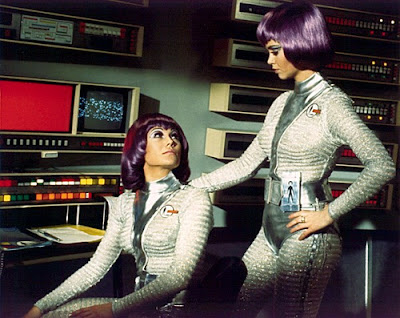 “We’re going to see Mick & Andy next Thursday?”
“Of course, darling, we’re purple-haired, future-retro space lesbians, what else could we do?”

Mick Farren and Andy Colquhoun will be rolling out their two-man psychedelic deviant future blues at Tequila Mockingbird’s Club Fluffer at the Hyperion Tavern in Silver Lake next Thursday (September 13th) and you are cordially invited. We have not been informed as yet of show time, but we figure showing up between 9.30 and 10.00 PM would be about right.

But now we move to something considerably more grim...

The following distressing item was forwarded by some girl. “An…Independent on Sunday investigation has found that polar bears are being shot in alarming numbers by rich trophy hunters from the US, Europe and Japan, even as their increasingly fragile habitat melts beneath them. Campaigners know that climate change and pollution are the biggest threats to polar bear survival, but believe that stopping sports hunting is symbolically important.” Yeah? My initial reaction was to more than symbolic. It was violently angry. I wished I was younger, and had a helicopter and an AK47. It would give me deep satisfaction to shoot some of these rich bastards and see how the fuck they like a burst of hollow points ripping into their ass. Click for the rest of the story.

Seems to be a lazy Sunday, fit for doing very little except tidying up outstanding stuff. We have two versions of the same story about the latest theory on bee disappearance from Betsy and Mike. And also an intriguing bit from Valerie on just how smart octopi are turning you to be.
And also The Small Faces singing the magnificnent obvious. (Look for Steve Marriot's very brief Jagger impression.)
Posted by Mick at 9/09/2007 12:20:00 AM 3 comments: 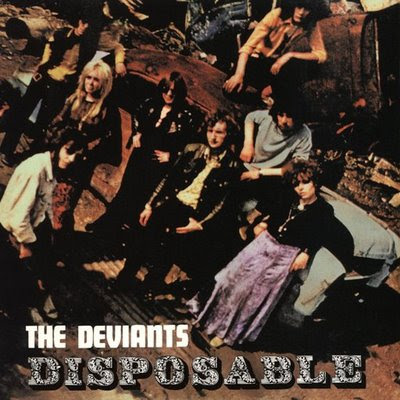 HCB also forwarded another of those sites where one can get free downloads of old Deviants recordings if you know how to work them. In this instance it’s Disposable

AND AN OPTICAL ILLUSION 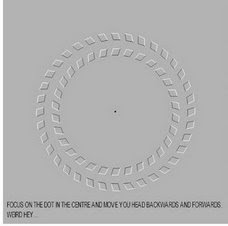