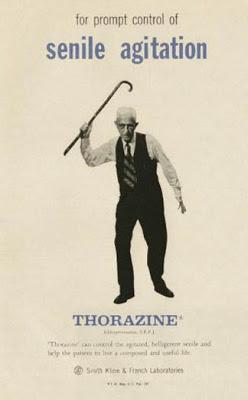 As you may have noticed, the last few posts have been a little short on content, since this accursed virus smote me. I don’t know if this is a sign of the times or a bellwether to the way of the world, but the three most frequent words/phrases I have heard, read, or uttered in the last week or two have been…

THE DOC THINKS HE HAS THE FLU 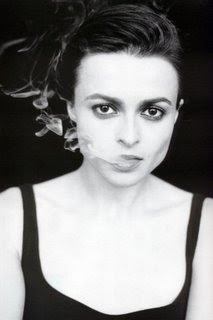 I HARDLY BELIEVE IT

HCB sent over the following…
“Recently, Hershey’s announced the “Elvis Cup”, a Reese’s Peanut Butter Cup that includes a layer of Banana Creme. You may or may not know (if say, you’re blind), but Elvis loved to eat. One of his favorite foods was fried peanut butter and banana sandwiches, thus the inspiration for the new Reese’s cup. Hershey’s just added some chocolate and took away the fried aspect. This “limited edition” candy is being made in honor of the 30th Anniversary of The King’s passing. The candy will be on your shelves sometime in July ‘07, while Elvis’ actual date of death is August 16th. The candy, which will come in mini, standard and “king size”, will also include an instant win contest for a trip for two to Graceland.”

It would now seem that Elvis Presley is inseparably linked with the combination of peanut butter and banana, which is hardly slapback bass and a lot of echo. HCB also remarked. “Alien sushi? Did you actually see the video they took of the russkie's lunch? (youtube) Amazing. And green. That's two mutant fish in the last two weeks--the Jap shark and this. And did you hear about the dead bees in Penn? Ready for the rapture. Getting on the bread line for 2012”

Among Friday’s comments, Peromyscus noted – regarding Funtopia’s online edition of my very old novel The Tale Of Willy’s Rats – “I didn't know it was online. Mick, I think you should do more BSP (Blatant Self Promotion) in your blog. Currently you don't do any at all. Too much could be irritating but I think “some” is in order. Having said that, the Willy's Rats' page tells me it doesn't exist. That is to say, it gives a 404. (See, a perfect excuse to have that corrected and then post about your books.)”

This other link to the online The Tale Of Willy’s Rats does seem to work. And I also take to heart her comments on how I shy away from self promotion mainly because I tend to get more excited about all that is going on around me (as in the dangerous dog food noted below) than my own career, which, as an entity, is somewhat tedious. Plus it’s not easy to avoid thinking about promoting oneself without recalling all of the idiot publishers who – while doing absolutely nothing to promote me – have suggested I would be of more value to them if I would write like Terry Prachett, to which I (mentally at least) responded that the idiot publishers might be more value to me if their were to practice sodomizing themselves, while I continue, like Popeye the Sailor, to be what I am.

Fortunately, by the adage of one door opening when another closes – even if you may have forgotten the key – a new online publishing venture that might ultimately be wondrous to behold has been eased into the works. That’s about all I can tell you at the moment. A boy hates to boast, but more will be revealed as time goes by. In the meantime, check out the new link to Alive/Total Energy link on the right for some of the best Farren and Deviants CDs, and/or run a Mick Farren search Amazon. Gotta be something that takes your fancy.

The secret word is Income

A NOTE FROM NEWTON

A NOTE FROM NEWTON
Although he has little time or truck with dogs, Newton the cat is still somewhat concerned about the rumors that Purina’s Beneful dog food may actually be creating canine casualties, although some of the dogs in the linked report do live in Huntsville, Texas where I understand that breathing the air may be enough to kill a dog thanks to the petrochemical industry and one time Gov. George W. Bush’s loathing of the environment.
Posted by Mick at 2/11/2007 05:22:00 PM No comments:
Newer Posts Older Posts Home
Subscribe to: Posts (Atom)