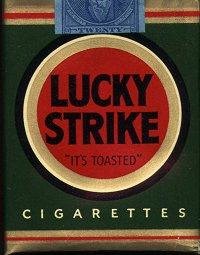 AN OBSCURE AND BIZARRE RUMOR FOR THE WEEKEND
I discovered this oddity in my web wanderings...
"There is a rumor I've heard for some time now, that the reason lucky strike cigarettes are named as so, is that back in the day, apparently before marijuana was illegal, every so often, a pack of lucky strike cigarettes would have a bonus marijuana cigarette tossed in. if you were the recipient of one of these packs, you indeed got the "lucky strike"."
For the full story.... http://www.snopes.com/business/secret/luckies.asp

The secret word is Drag 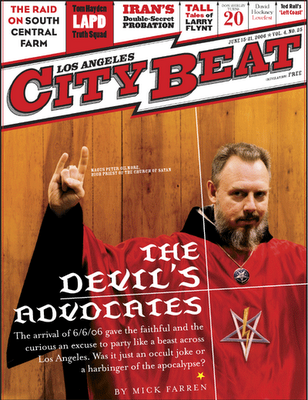 ALL THE LUCIFER YOU CAN SHAKE A STICK AT
Last week, I made the Satanic rounds and here’s the infernal dope...
http://lacitybeat.com/article.php?id=3916&IssueNum=158

I also managed a media column about Larry Flynt.
http://lacitybeat.com/article.php?id=3912&IssueNum=158

The secret word is Heck 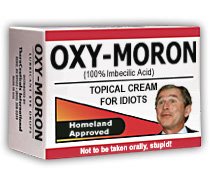 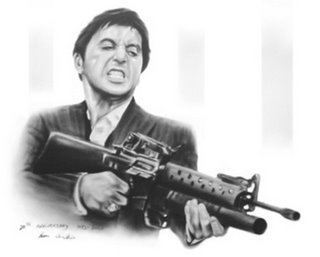 "Say hello to my asymmetric friend!"

ASYMMETRIC WARFARE
For the last week, I have been immersed in a big-ass in-depth piece on all the June 6th, 666analia that was going down, and now I’ve been, seen, analyzed and written, I’m feeling a bit fried. I was going to couch-out, but all the talk of asymmetric warfare up on the big, old, slow, coming-up-to-a-thousand message board (over there on the right>>>) moved me to the following observation...
Asymmetric warfare is not a really new term. I think it was spawned in Vietnam. It basically means a modern, wealthy, high tech army with state-of-the-art weapons fighting a ragged-ass poor army with AK47s, RPGs, improvised explosives, plenty of ingenuity and a willingness to die. The peculiar testament of history is that the latter of these two almost always wins in the long run. The Pentagon hates the whole concept and has little clue how to wage it, which is ironic because the original fight that cut America loose from the British Empire was pretty fucking asymmetric.

The secret word is Uprisng

On the Satan front, my opus will posted on Thursday morning all being well. But our pal hipspinster has already blogged an account on one of the events we attended together...
http://hipspinster.blogspot.com/ 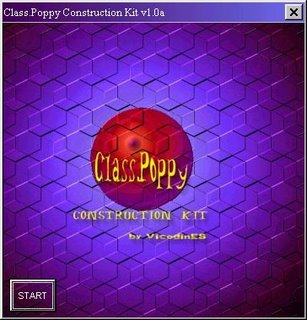