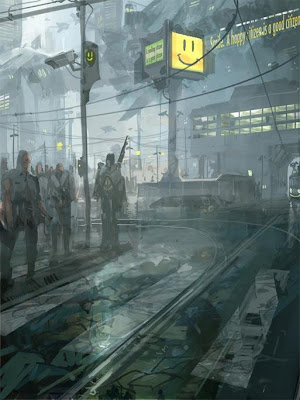 Our pal Hipspinster sent this over. I don’t know whether to be disturbed or envious.

“The line between what's real and what's not is thin and shifting, and the U.S. Department of Homeland Security has decided to explore both sides. Boldly going where few government bureaucracies have gone before, the agency is enlisting the expertise of science fiction writers. Crazy? This week down at the Reagan Building, the 2009 Homeland Security Science & Technology Stakeholders Conference has been going on. Instead of just another wonkish series of meetings and a trade show, with contractors hustling business around every corner, this felt at times more like a convention of futuristic yarn-spinners.” (Click here for more.)

In the email that brought the link, Hipspinster asked “why didn’t they call you?” My first response was “why indeed.” I sure as hell could think up a totally fiendish, fear driven, and wholly ruthless state security machine. It would be almost as much fun as a sci-fi writer inventing his or her own religion and taking over the minds of movie stars (such as they are.) But then it occurred to me that’s exactly why I wouldn’t be invited. Too gleefully overt about stuff they still like hide with euphemism. And, of course, I’d never get a security clearance. It’s a damned shame Phillip K. Dick isn’t alive to see this. 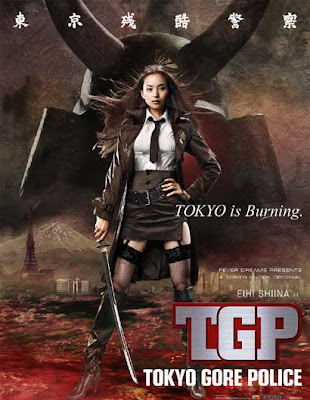 Ummm…Gore Police? Is this Renquist territory or what? Tokyo seemed okay the last time I looked.

(That’s the Tokyo Tower in the background on the left. I once played a very prestigeous rock & roll gig there.) 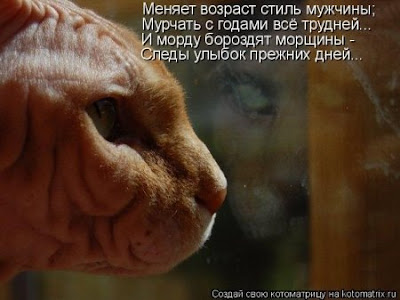 THUG-DREAMS (or what the fuck does Dick Cheney want?) 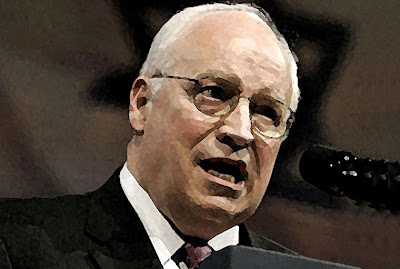 As the dreadful Dick Cheney travels the length and breadth of the media, justifying his unique brutality and corporate totalitarianism, he is never asked what he really wants. The general assumption – unless Cheney is trying to promote his way out of an international atrocity trial – is that he wants rewrite history to his advantage. Yet, this idea would seem to be based on that very shaky supposition that Dick Cheney needs to be liked, and we have seen scant evidence of any such need. We do know that – in addition to being America’s Dark Lord of the Sith – he is also a money grubbing oaf, laughing all the way to Halliburton’s Swiss banks, and he might attempting to guarantee himself top dollar on the neocon lecture circuit. Another option might be that making these insane speeches creates at least the illusion that he still wields power.
And illusion – more precisely delusion – may well be the ultimate key to understanding Dick. We all remember the study that revealed how conservatives are more fearful than lefties and have much worse nightmares. Even a cursory examination of Cheney’s record reveals he’s about as delusional as Eric Cartman, and massively more dangerous. We also know he’s ultimately paranoid. He’s the one with the secret bunkers, the hazmat suits, and the man-sized safe in his office. He started out as a Watergate gopher, hand reared by Richard Nixon, and grew more reptilian from there on out. Cheney is not Glenn Beck or Sean Hannity. They’re just media snakes, in it for the Murdoch bucks, spinning black helicopter/FEMA camp shtick for the rabid rubes, but not believing a word of. Cheney, however, is a true believer. He’s also been there and done it.
As rumors spread about how Cheney has a network of loyalists inside the Pentagon and the intelligence community, I begin to wonder if maybe the Cheney dream is one of actually returning to power. Brought back, not by popular demand, but by a military coupe or putsch, which – when coupled with the immortality shots – will enable him to reign forever and ever. Now I’m not saying this is actually going to happen. I’m merely speculating on what might the true nature of Dick Cheney’s dream. On the other hand, though, Dick Cheney once dreamed of having his very own war for fun and profit, and that unfortunately came to pass. 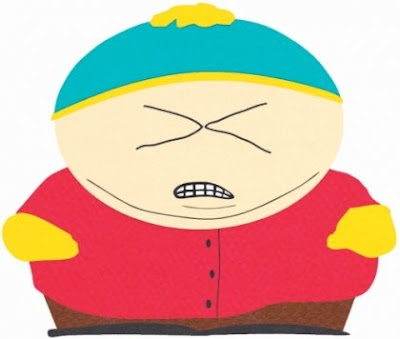 "I am not delusional!" 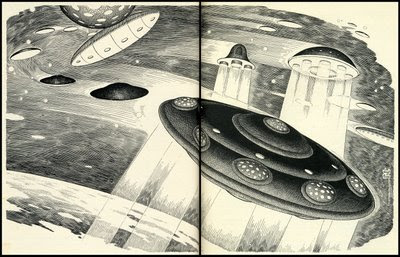 Uncle Bill wants to go home now, but the alien spacecraft is stuck in traffic.

WE SO TOTALLY DON’T CARE BUT… 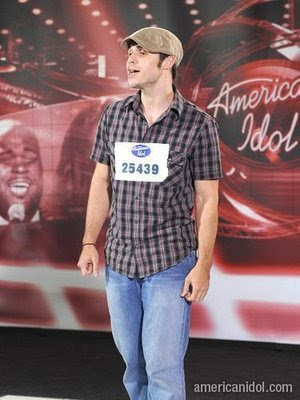 Hipster snob that I am, I have never watched American Idol so I don’t know how all this works, but the following does strike me as a tad odd, okay?

The Arkansas News online boasts – UPDATE: Told ya so! You heard it here first. It was the Arkansas vote!!! AT&T confirms 38 million votes from Arkansas alone. There were 100 million votes total. Congratulations Kris and… 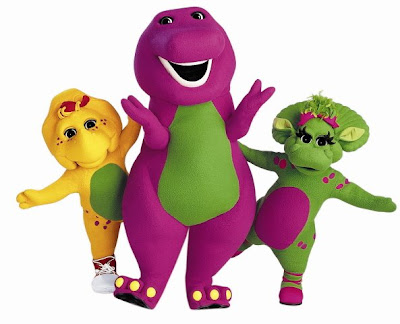 Pausing for a moment in our observation of a planet on a fast elevator to hell, we look, for a moment, at the foolishness of cocaine dealers. The following was lifted from Snopes.com.

• In 1998 at a post office in Texas, a drug-sniffing dog detected two pounds of cocaine hidden inside a talking Barney doll which was being shipped to Waltham, Minnesota. Officers of the law followed the package to its destination, where they arrested three men on federal charges of conspiracy to possess, and intent to distribute, cocaine.
• In 2001 in Charleston, West Virginia, four members of the same family pled guilty to federal charges of conspiring to sell cocaine and two prescription painkillers that police had discovered stashed in a Barney doll.
• In 2004 in Pawtucket, Rhode Island, more than $2,000 was found inside a plush stuffed Barney doll at an apartment inhabited by a family with five children. The kids' grandmother and their mother's boyfriend were charged with possession and intent to distribute cocaine, and the youngsters were taken into the care of the state's Department of Children, Youth and Families. 13 grams of cocaine were discovered inside the stuffed animal, more than 30 grams of cocaine in a flower pot, and 5 grams of marijuana in a dresser drawer.

The secret word is Busted

GIRLS TOGETHER IN SHIRTS 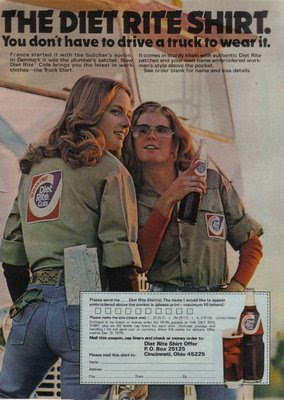 THE HORRORS OF SOCIALISM 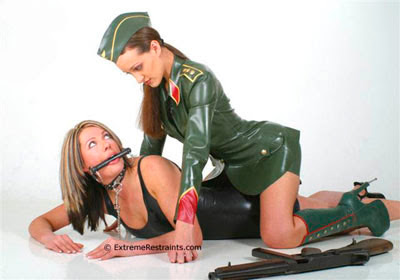 The lesbian fetish porn image posted above is not intended to be enjoyed by the prurient. It’s only provided as a highly accurate graphic representation of how the Raving Looney Shotgun Hillbilly Jesus Party imagines the horrors of socialism. For them it is the worst possible scenario and the repository of all evil. They also believe that the American people totally agree with them – to the point that the Republican National Committee think they can make points by issuing an edict that requires public speakers to call the Dems the “Democratic Socialist Party.”
The weird part is that the American people seem to be going in the totally opposite direction. A recent Rasmussen poll shows – quite amazingly – that “U.S. adults under 30 are approximately evenly divided on the question of socialism-versus-capitalism. According to a telephone poll by 33 per cent of the under-30’s prefer socialism, 37 percent prefer capitalism, and 30 per cent are undecided.”
Just to add to my amazement, back at the White House – supposedly the heart of Marxist darkness under the tyrannical reign of Barack Obama – our President shuns embracing even the mildest of socialist tactics despite the overwhelming evidence that only a revised from of socialism will save this country. (And I use the term “revised” advisedly.) No single payer healthcare, no end to the wars, not even partial nationalization of the banks, no WPA energizing of arts and media, no visible public works programs, and no marijuana legalization. Is this nation becoming too weird to survive? 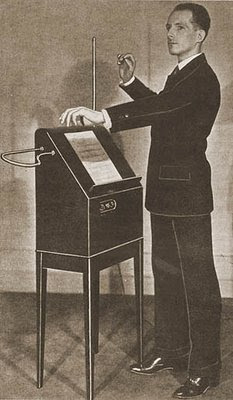 Each morning Cousin Beowulf would play the national anthem on the Theremin to greet the day with suitable patriotism.
Posted by Mick at 5/20/2009 01:03:00 AM 1 comment: 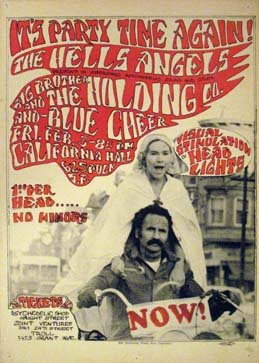 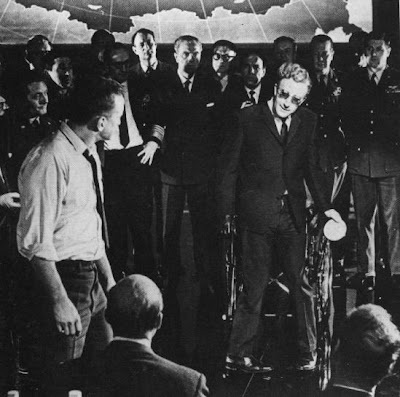 “It is Wolfram Alpha, Mr. President. It is the online knowledge base that will conquer the world... And I can walk!”

Maybe the good doctor can walk but, after a brief shakedown of Wolfram Alpha, I was not impressed. It made calaculations, but seemed to know very little, and, on a number of questions it refered me to Wikipedia. I may be biased, but my work does not include too many numbers calculations and Wolfram will not, as yet, pull me away from Google. Click here for a more professional report. (Both Aeswiren and Faux Smoke sent links.) 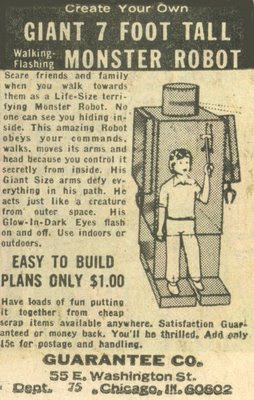 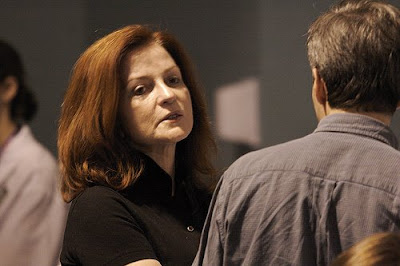 Just as I came round to thinking that Maureen Dowd was maybe okay after all, she goes and blows it by cutting, pasting, and generally ripping off some other writer’s work. Okay so Mo has more excuses than a pimp going to jail, but fuck, this is just plain sleazy, and I don’t want to hear how she’s under pressure. She’s paid more than enough in these suicidal times to do it right. I can only agree with John McQuaid on HuffPo. “Sunday's incident gives us an additional window on the slapdash way a MoDo column is assembled. Dowd could be using the vast resources and reach of the Times and her substantial writer's gifts to produce a great column. That's the whole idea, right?” (Click here for his whole post.)
Posted by Mick at 5/19/2009 02:00:00 AM 1 comment: 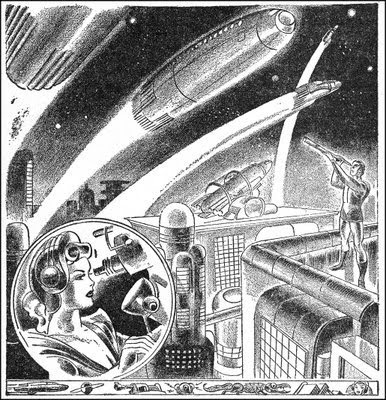 THIS IS A STICK-UP! 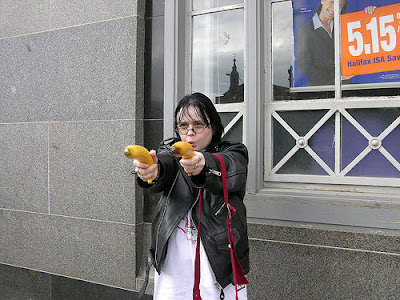 Munz sent us this Sunday gem.

“WINSTON-SALEM, N.C. (AP) -- Authorities in North Carolina say a store owner and a patron thwarted a teen accused of trying to carry out a robbery by concealing a banana beneath his shirt to resemble a gun. Winston-Salem authorities say 17-year-old John Szwalla entered the Internet cafe Thursday and demanded money, saying he had a gun.
The owner, Bobby Ray Mabe, said he and a customer jumped Szwalla, holding him until deputies arrived. While they waited, Mabe says the teen ate the banana. Mabe says deputies took pictures of the peel. Forsyth County Sheriff's office spokesman Maj. Brad Stanley says deputies joked about charging Szwalla with destroying evidence. Szwalla faces a charge of attempted armed robbery. Jail officials say he doesn't have an attorney.” 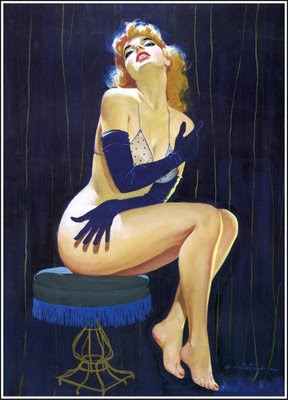 “Puritanism, in whatever expression, is a poisonous germ. On the surface everything may look strong and vigorous; yet the poison works its way persistently, until the entire fabric is doomed. Prostitution, although hounded, imprisoned, and chained, is nevertheless the greatest triumph of Puritanism.” – Emma Goldman
Posted by Mick at 5/17/2009 12:31:00 AM No comments: 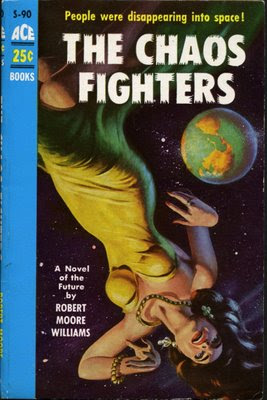 Although actually a big fan of chaos – and also of disappearing into space – I could hardly resist this one. And, of course, the evil aliens (or whatever turns out to be responsible for the chaos) are once again targeting attractive human women. (And I notice the Earth is also upside down -- in the conventional sense.)
Posted by Mick at 5/17/2009 12:27:00 AM 1 comment:
Newer Posts Older Posts Home
Subscribe to: Posts (Atom)