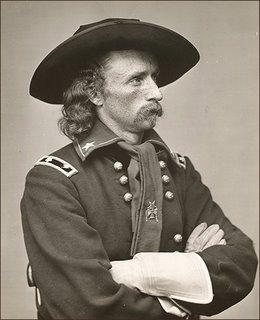 DOESN’T ANYONE HAVE A FUCKING CLUE ANY MORE?
I was watching CNN earlier and really starting to wonder how long its going to take for there to be Vegas odds on an actual military defeat of the US in Iraq. Like a hideous retreat from Baghdad to Basra that resembles something very unpleasant out of the crusades except with air support. Then some Army spokesguy comes on telling us how things aren’t half as bad as they clearly are, but what really stops me in my tracks is the spokesguy’s name. It’s Custer – I swear – Colonel John Custer (although I might be wrong about the rank.) Maybe I could be a little over-tuned to these things, but it seems – even though he’s not actually called George Armstong – anyone with the name Custer should maybe not be in Army public relations.

MORE cluelessness in this week’s Media column about the OJ confession fiasco.
http://lacitybeat.com/article.php?id=4682&IssueNum=182

I WAS probably a tad clueless myself when, in Wednesday’s post, I failed to explain how Barack Obama’s full name really is Barack Hussein Obama, but that my ire was at the repugnant glee with which the Republican’s kept using it.

I WOULD ALSO recommend that everyone read Keith Olbermann’s special comment on the loathsome Newt Gingrich, Free Speech, and how Gingrich seems to playing with the fantasy of his being declared Evil Dictator of American by popular acclaim.
http://www.msnbc.msn.com/id/15976642/

The secret words are Sitting Bull 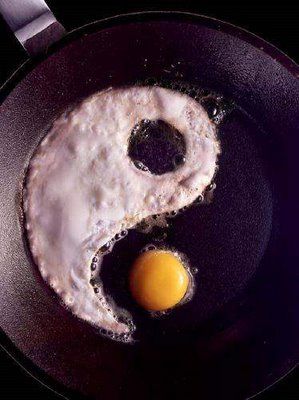 "This is your brain on zen."

(I swear this is absolutely genuine, plus the dumb bastard only gave us two days notice and I don't even have the decorations up!)

The secret word is Tweak

I MAY BE WATCHING TOO MUCH TV, BUT...
Twice today, I noticed Republican talking heads calling Barack Obama "Barack Hussein Obama" with a definite Karl Rove flourish on the Hussein, just to make him sound-like some dangerous threatening raghead. Interesting they should start putting the poison in so early. They are clearly frightened well in advance by Obama’s smarts and charisma. I swear to my soul that he’s the boy. Maybe Obama v Giuliani. Now that would a real Don King matchup.

The secret word is Distortion 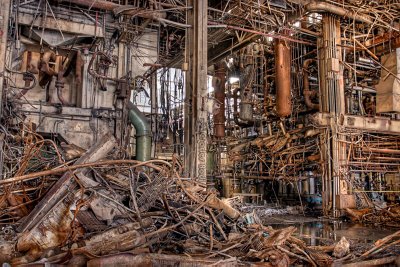 PEACE IN OUR TIME
Some girl, Miss Templeton, and a couple of others forwarded this story from Associated Press
"A homeowners association in southwestern Colorado has threatened to fine a resident $25 a day until she removes a Christmas wreath with a peace sign that some say is an anti-Iraq war protest or a symbol of Satan. Some residents who have complained have children serving in Iraq, said Bob Kearns, president of the Loma Linda Homeowners Association in Pagosa Springs. He said some residents have also believed it was a symbol of Satan. Three or four residents complained, he said. "Somebody could put up signs that say drop bombs on Iraq. If you let one go up you have to let them all go up," he said in a telephone interview Sunday. Lisa Jensen said she wasn't thinking of the war when she hung the wreath. She said, "Peace is way bigger than not being at war. This is a spiritual thing. "Jensen, a past association president, calculates the fines will cost her about $1,000, and doubts they will be able to make her pay. But she said she's not going to take it down until after Christmas. "Now that it has come to this I feel I can't get bullied," she said. "What if they don't like my Santa Claus." The association in this 200-home subdivision 270 miles southwest of Denver has sent a letter to her saying that residents were offended by the sign and the board "will not allow signs, flags etc. that can be considered divisive."
The subdivision's rules say no signs, billboards or advertising are permitted without the consent of the architectural control committee. Kearns ordered the committee to require Jensen to remove the wreath, but members refused after concluding that it was merely a seasonal symbol that didn't say anything. Kearns fired all five committee members."

What also boggles my mind is that the AP reporter instinctively operates within these acrid hicks levels of ignorance. "He said some residents have also believed it was a symbol of Satan." But only because some residents were too fucking pig-uninformed to be aware of any facts, even though the history of the so-called "peace sign" is very well documented. It was designed by Gerald Holton, a graphic designer from the Royal College of Art, in the late 1950s for the British Campaign for Nuclear Disarmament. It's based on the semaphore signals for N & D enclosed in a circle, and, of course, there's the vague look of a stylized rocket/bomb with fins. Satan wasn't even at the meeting. Later it was coopted by hippies, various marketing and merchandize organizations, and now the Gap.

But if you really want to get down to double unplus-good, sick and twisted shit, try this genius from the Christian Resource Center of Bermuda...
http://www.nisbett.com/symbols/peace_sign.htm

The very secret word is Love

MEANWHILE...
Although I do not even want to hear the name Michael Richards (unless he’s maybe eaten by sharks) I do worry that loopy self-promoting, legal vulture-hack Gloria Allred seems to believe there is a basis in law for an audience member to sue the performer if the performance causes them pain or discomfort. So there goes the entire function of art, not to mention my career. 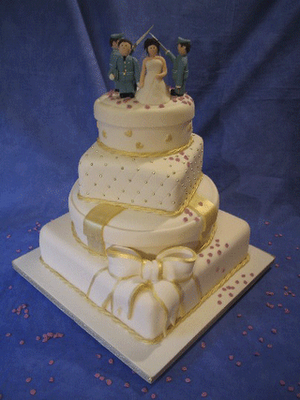 LET THEM EAT CAKE!
That’s right neighbors. No one in America is hungry any more.
The Orwellians in the Bush administration have decided to no longer use the word "hunger" to describe the 35 million Americans -- that's 12 percent of the population -- who aren't always sure where their next meal is coming from. Instead, the poor people formerly known as the hungry will now be referred to as people experiencing "very low food security."
Of course, according to the USDA, which measures Americans' access to food, this has nothing to do with trying to sugarcoat the disgraceful reality of 35 million people not being able to put food on the table in one of the wealthiest countries in the world. It's all about accuracy. Hunger, you see, is actually the byproduct of being "food insecure" and thus harder to precisely measure. In the words of a USDA advisory panel, hunger "should refer to a potential consequence of food insecurity that, because of prolonged, involuntary lack of food, results in discomfort, illness, weakness, or pain that goes beyond the usual uneasy sensation."
Posted by Mick at 11/26/2006 07:41:00 PM No comments: 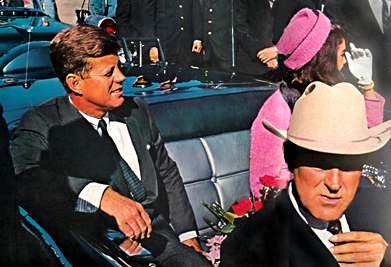 JFK WON’T GO WAY.
Indeed, neither will either of the Kennedy Brothers. And neither they should, if only as a Camelot reminder of how far the Real Bastards in Power will go when they feel something might be taken away from them. The end of November always brings it around, I guess for those of us who are old enough to remember, the chill of what went down – the shots, and the lies, and the excuses for the next war to come – and the melancholy of what might have been. But it goes further. The knowledge is impossible to shake that, although we undoubtedly have the all components of Utopia, vicious greed and blind stupidity always right there prevent the vision ever being assembled and made to function.

The secret word is Yesterday