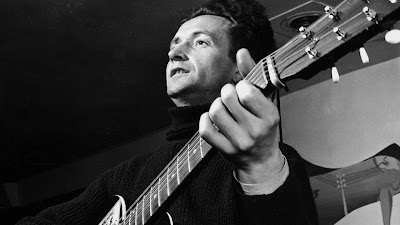 In July of this year, Woody Guthrie would have been a 100. I didn’t know that until I read this early tribute by Jim Hightower.
“Guthrie unabashedly celebrated America's working class, seeing in it the commitment to the common good that lifts America up. He drove The Powers That Be crazy (a pretty short ride for many of them back then, just as it is today). So they branded him a unionist, socialist, communist and all sorts of other "ists" ­— but he withered them with humor that got people laughing at them: "I ain't a communist necessarily, but I have been in the red all my life." Going down those "ribbons of highway" that he extolled in "This Land Is Your Land," Guthrie found that the only real hope of fairness and justice was in the people themselves: "When you bum around for a year or two and look at all the folks that's down and out, busted, disgusted (but can still be trusted), you wish that somehow or other they could ... pitch in and build this country back up again." He concluded, "There is just one way to save yourself, and that's to get together and work and fight for everybody." And, indeed, that's exactly what grassroots people are doing all across our country today. From Occupy Wall Street to the ongoing Wisconsin uprising, from battles against the Keystone XL Pipeline to the successful local and state campaigns to repeal the Supreme Court's atrocious Citizens United edict, people are adding their own verses to Woody's musical refrain: "I ain't a-gonna be treated this a-way." Where's Woody when we need him? He's right there, inside each of us.” (Clickhere for more)
Click here for Woody
Click here for a real rarity
The secret word is Highway
Posted by Mick at 3/10/2012 07:58:00 AM No comments: 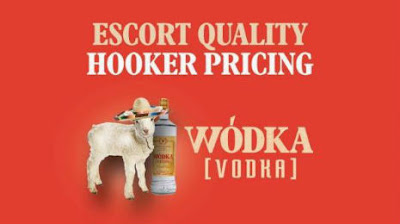 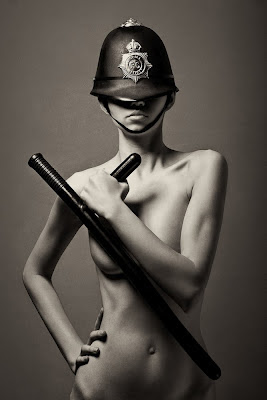 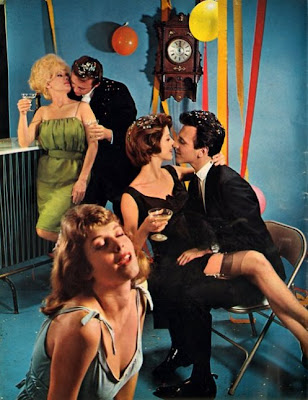 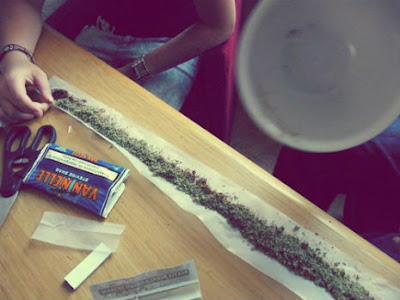 Yes my friends, I know Doc40 has been away for far too long for reasons great and small and too depressing or maybe exciting to go into right now, but I do hope from here on out that we can rectify matters in the coming days and week and put the fun back in fun house again. And what better way to start up a new run than with this true tale from our pal Richard Metzger at Dangerous Minds?
“Excerpted from a 1988 Department of Justice/DEA brief written by Judge Francis L. Young: “In layman terms this means that in order to induce death, a marijuana smoker would have to consume 20,000 to 40,000 times as much marijuana as is contained in one marijuana cigarette. NIDA-supplied marijuana cigarettes weigh approximately .9 grams. A smoker would theoretically have to consume nearly 1,500 pounds of marijuana within about fifteen minutes to induce a lethal response.” Compare and contrast the damage that just two bottles of tequila would do to the human body (Been there, done that and won the booby prize of 4-day hangover...). And while I’m on the topic, whereas you can see that it’s impossible for a human to OD on cannabis, the plant is HIGHLY toxic to dogs. That’s right, do not let your pooch near your stash. If you make pot brownies keep them out of your dog’s reach (Chocolate is also lethal to dogs. So are grapes and onions). If your dog eats cannabis, rush it to a pet hospital without hesitation.”
Click herefor Afroman
The secret word is Return
Posted by Mick at 3/09/2012 02:17:00 AM 5 comments: 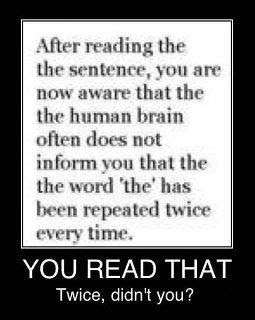 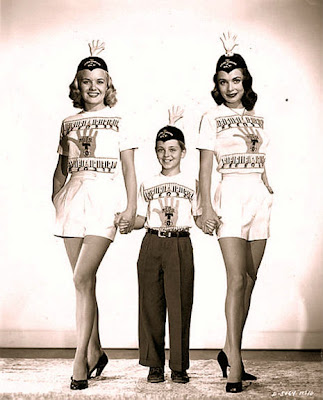 LIFE IS FILLED WITH CHOICES 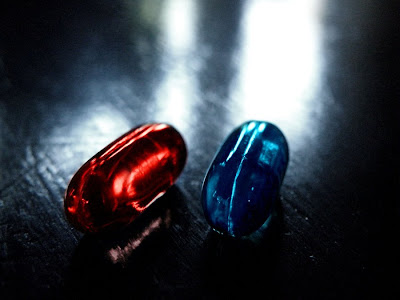